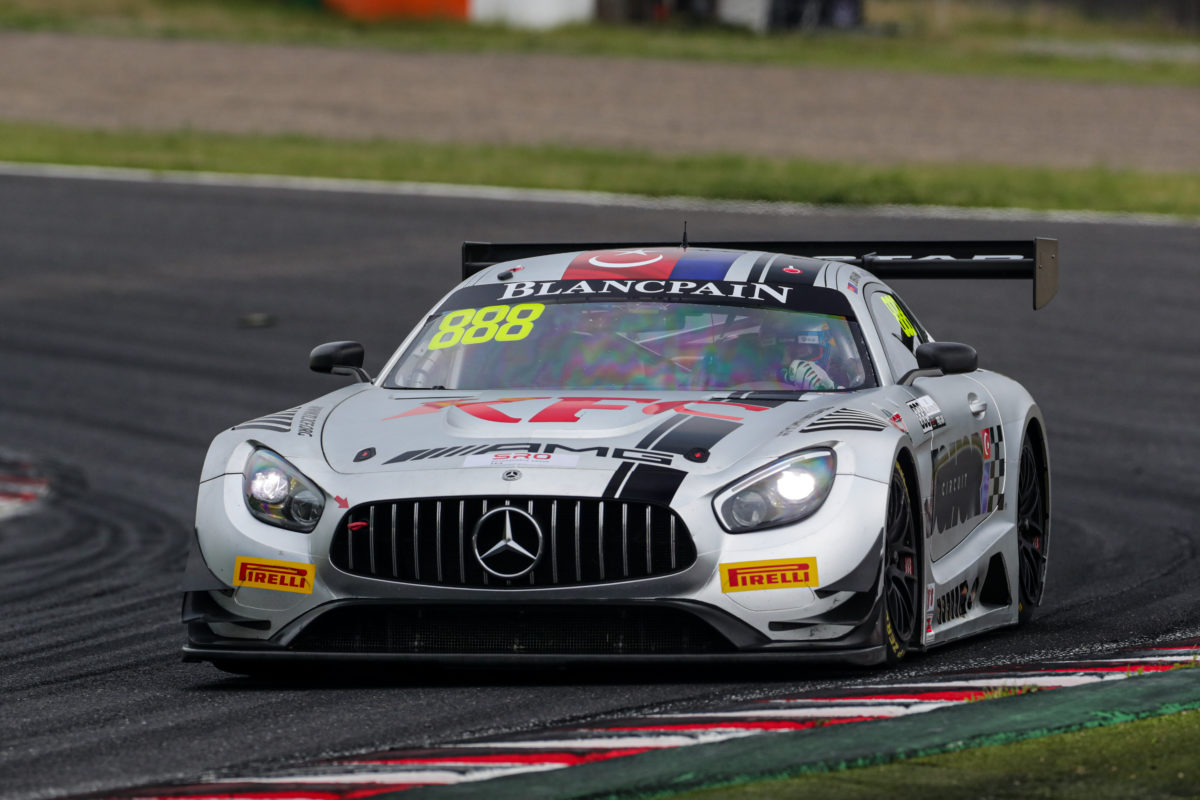 Shane van Gisbergen will contest the bulk of the 2020 GT World Challenge Asia season with Triple Eight Race Engineering recommitting to the series.

Triple Eight will once again field a Mercedes-AMG GT3, now updated to 2020 specification, in the pan-continental series in which it debuted this year.

Van Gisbergen was only able to enter three of the six events held in 2019 due to clashes with the Virgin Australia Supercars Championship, but is set to tackle five next year with Triple Eight alongside co-driver Prince Jefri Ibrahim.

“We had an awesome first year racing in Asia,” said the New Zealander, who won Europe’s sister Blancpain GT Series Endurance Cup in 2016.

“We learnt so much and gave ourselves a strong base to build on next season, so I think we’ve got a really good opportunity to maximise that and keep developing as a team.

“It was cool to get some podiums and even a class win in our first season. I’m really looking forward to driving with Prince Jefri again, we had a lot of fun this year and it’s been great seeing his progress at each race.”

Team boss Roland Dane added, “We greatly enjoyed our first year in GT World Challenge Asia and we’re looking forward to building upon everything we learnt.

“SRO have been excellent to work with and made the process of entering a new category for us very easy and enjoyable.

“We’re very happy to continue with His Royal Highness Prince Jefri, as well as Shane and Jazeman (Jaafar), who will continue to support the team next year.

“We’re looking forward to getting on track in 2020 with the three of them and the Mercedes-AMG GT3 Evo.”

Van Gisbergen and Prince Jefri combined for a class win and podium in Korea, with the latter finishing the season fourth in the Pro-Am standings.

“I’m very excited for the upcoming season,” said the Malaysian.

“This year has been a big learning curve for myself and the team with all the ups and downs.

“The biggest lessons I learned from my first season were on race craft and getting to know the different circuits around Asia as well as working on the car and gelling into the team.

“But it was really fun and enjoyable, I can’t wait for next year to learn some more, to get better and to be racing alongside Shane – we’d like to give it a real go.”

A replacement for van Gisbergen for the second event of the season at Thailand’s Buriram International Circuit, which clashes with Supercars’ ITM Auckland Super400, is yet to be announced.

The Banyo-based team will also tackle the Liqui-Moly Bathurst 12 Hour in just over a month’s time (January 31-February 2), with van Gisbergen expected to be part of the driving crew again having partaken in Challenge Bathurst three weeks ago.

Next Story VIDEO: ARMOR ALL Summer Grill: Did the co-drivers win the Pirtek Enduro Cup?