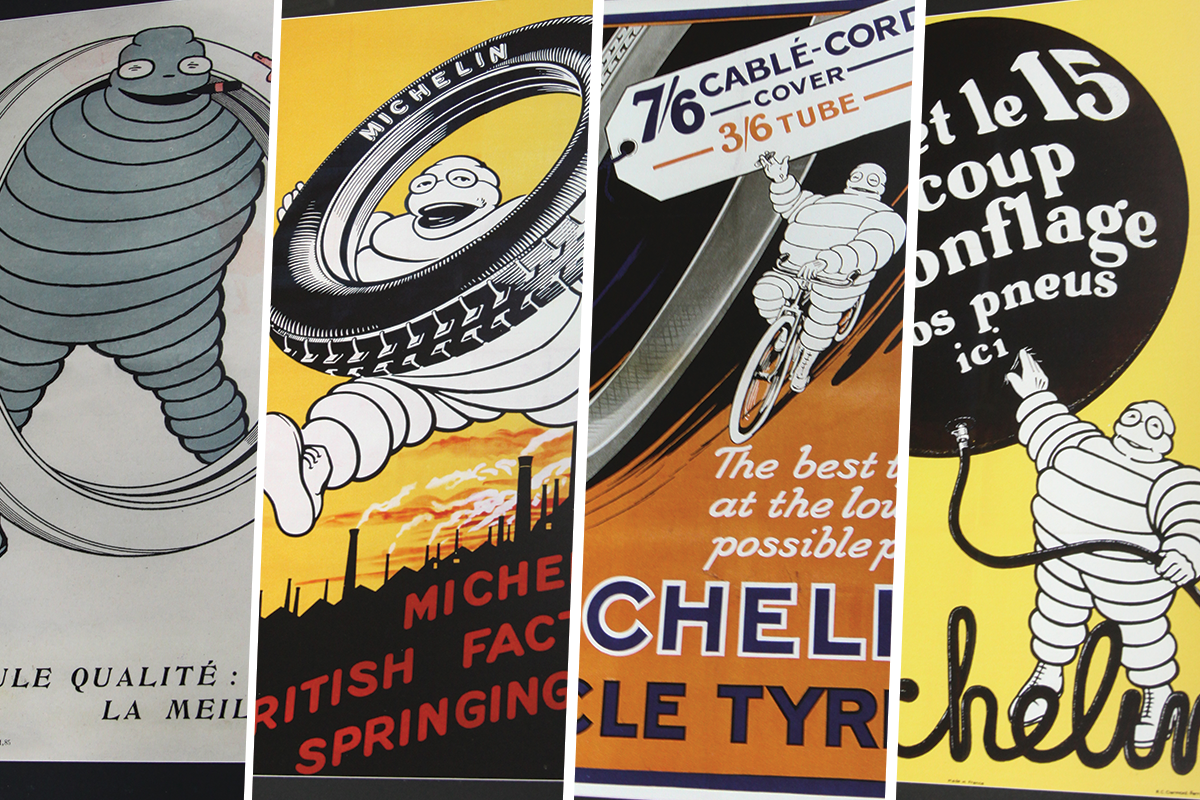 Four collectable art pieces from Michelin have been donated for the second monthly charity auction through Lloyds Auctions with all proceeds going directly to Speedcafe.com’s official charity, Motor Racing Ministries.

The posters measure 123cm x 78cm, are beautifully framed in black with non-reflective glass and come ready to hang.

This is the second of what will be monthly charity auctions through Lloyds.

In the inaugural charity auction last month, $4700 was raised with the sale of both rear tyres from Jamie Whincup’s 2009 championship-winning car.

The Michelin posters all feature Bibendum, the ‘Michelin Man’, who is the company’s official mascot.

Introduced at the Lyon Exhibition of 1894, Bibendum is one of the world’s oldest and most recognisable trademarks.

Fans can bid on the posters individually (CLICK HERE) with the auction live until January 14.

“Michelin are fantastic partners at Speedcafe.com and were one of the first to put their hands up when we announced the monthly charity concept with Lloyds Auctions,” said Speedcafe.com founder and owner, Brett ‘Crusher’ Murray.

“The four prints are first class, stylishly framed and would make a classic addition to any garage, dealership, workshop, mancave, games room or bar.”

“Lloyds Auctions are also great partners of Speedcafe.com and should be applauded for their commitment to having 100 percent of proceeds going to the cause.”

Speedcafe.com announced a charity relationship with Motor Racing Ministries and parent body Sports Chaplaincy Australia as part of its continued mantra of giving back to the wider motorsport community.

Motor Racing Ministries is headed by Reverend Dr Garry Coleman who was awarded an Order of Australia medal as part of the Queen’s Birthday Honours list in 2010.

“The monthly charity auction is a wonderful concept thanks to Lloyds Auctions and Speedcafe.com and we are very grateful to be the recipients,” said Coleman.

“To be receive $4700 from the first auction was wonderful and we thank Michelin for their donation of these four spectacular prints.”

The Michelin poster auction will run until January 14 and fans can bid on them by registering here.

Fans can donate direct to Motorsport Ministries by clicking here.

Next Story FEATURE: A photographer’s insight into his favourite shots: Part 1