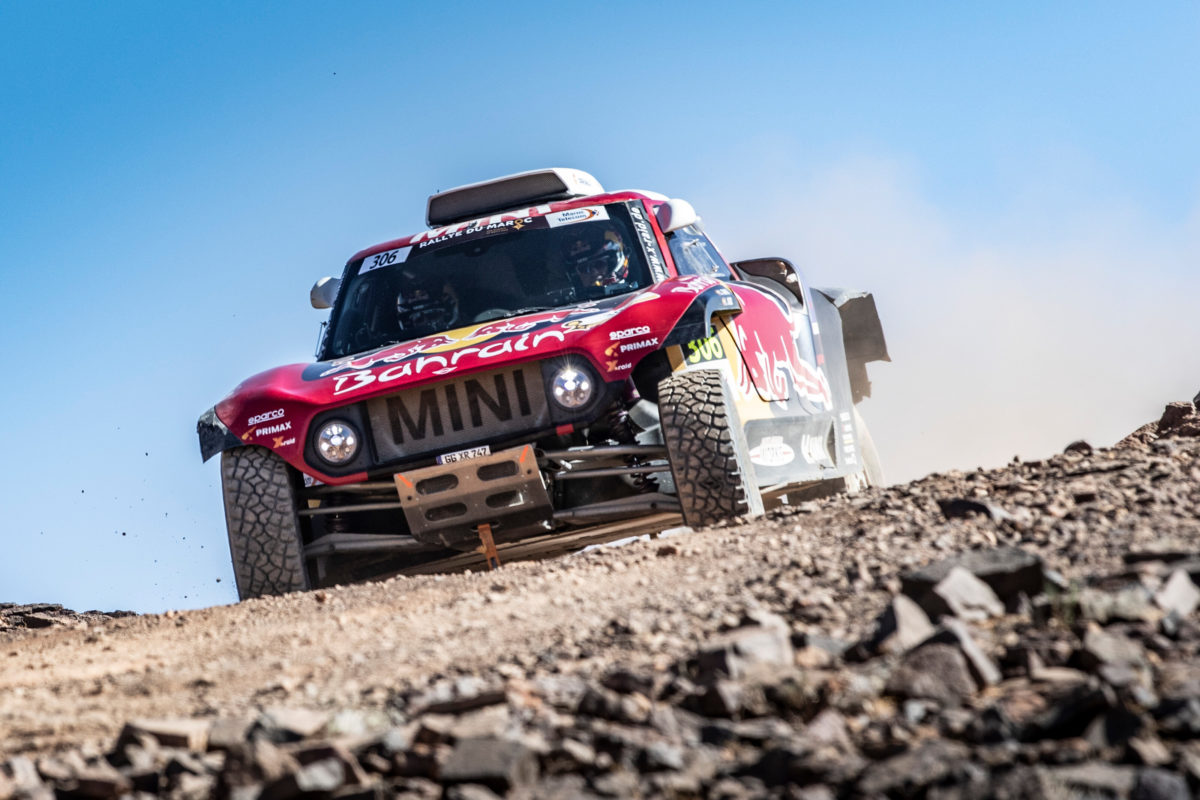 Two-time Dakar Rally winner Carlos Sainz believes that X-raid can challenge Toyota in the 2020 event by ‘capitalising’ on the lessons learned from its JCW Buggies in 2019.

Sainz started this year’s Dakar as the defending champion in Cars but found himself on the back foot when he incurred major suspension damage on Stage 3 and ultimately finished the event in 13th.

That was his first Dakar with X-raid after Peugeot closed its factory program, while the Mini John Cooper Works Buggy itself was only in its second Dakar campaign.

Nasser Al-Attiyah won the title in one of the Toyota Gazoo Racing Hiluxes and while Sainz concedes that the Japanese marque is still the favourite, he is convinced that X-raid can give it a contest this coming January.

“Last year a very important step was taken with us, even though it showed that it was a very new car,” said Sainz.

“It was reasonably fast, but we had some problems as absurd as the adjustment of tyre pressures which held us back.

“This gave us many headaches, but this is solved and I think this is the year to capitalise on last year’s work and being able to face a Dakar with more guarantees.

“We are very excited that we will be able to present battle to Toyota, who are the favourites. We have worked on the weight of the car, some vital kilos have been saved.

“One of the other advantages we have over the 4x4s is that the minimum weight is lower.

“This year we will be much closer to the minimum weight, which last year did not happen. That makes us think that we can battle.”

Among the changes to the Mini JCW Buggies for 2020 is a shorter front, which X-raid says will aid driving in dunes.

Terrain will nevertheless be a wildcard, according to Sainz, given the move to Saudi Arabia from South America.

“The great doubt that we all have is what we are going to find, unlike in past years, when we knew a little a bit about what we would find,” explained the Spaniard.

“Apparently, the first week has more gravel roads with stones, similar to Morocco and the second week, it seems that it will be lots of sand, dunes, desert.

“It depends on whether it has a lot of stones or not. Our tyres are less likely to get punctured, so if it is rough and with a lot of stones, it’s better for us.”

Sainz will have Stephane Peterhansel as team-mate in another Mini JCW Buggy, while his compatriot Fernando Alonso will debut in a Toyota Hilux.

On Alonso, Sainz commented, “His first experience in a speciality so different from Formula 1 will be a difficult one but his preparation has been very thorough, more than I would have expected.

“The first year is going to be difficult, but he is very adaptable. Fighting for victory will be complicated for him, but this is a race in which many things can happen.”