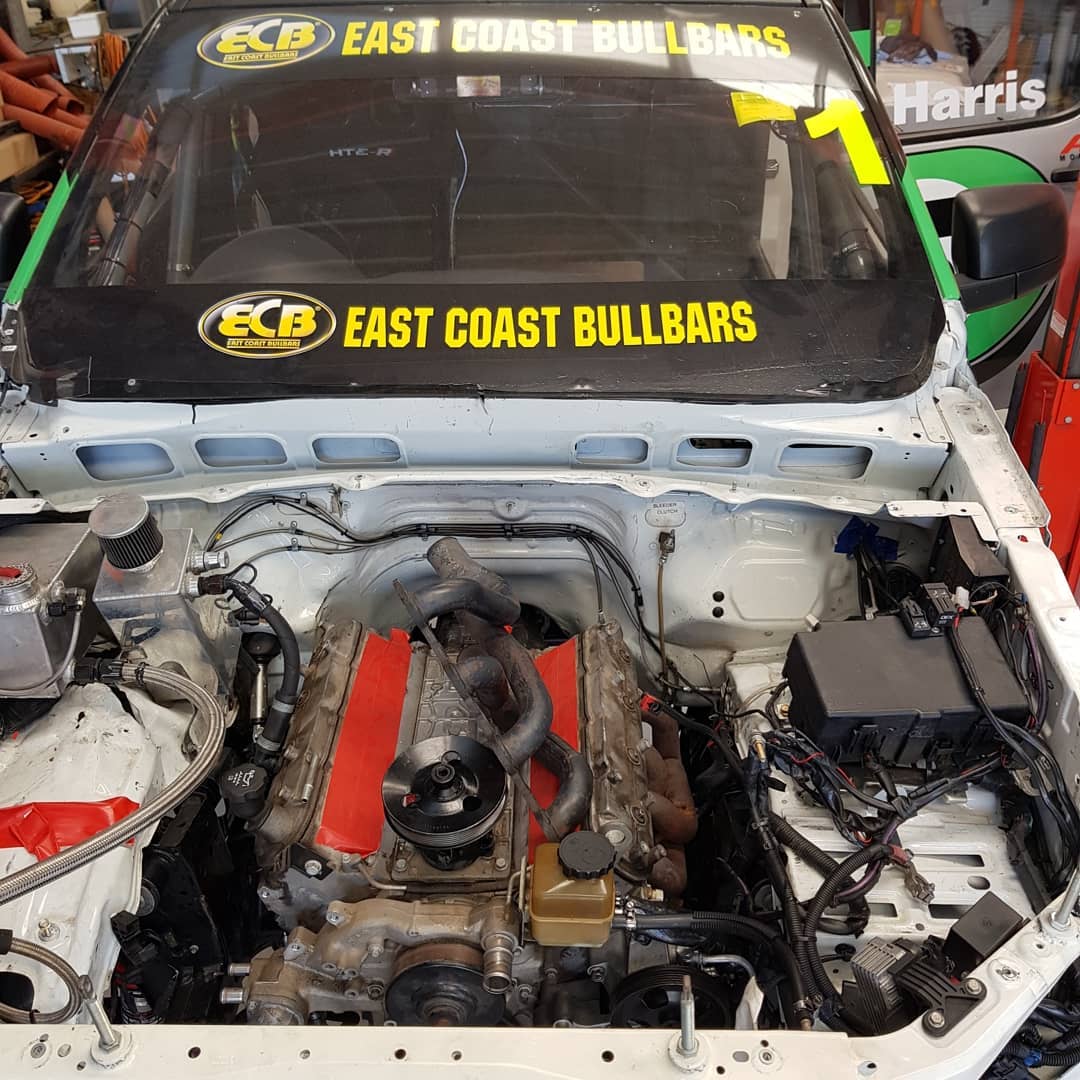 The engine specification for SuperUtes’ impending switch from turbo diesel to V8 power has been decided.

The field is set to run on Chevrolet’s 6.2-litre LS3 engine, with up to 20 units to be sourced through Holden.

Team owners voted on the change from diesels to petrol V8s at October’s Gold Coast 600 meeting after the first two years of the new formula was characterised by low grid sizes and disinterest from fans of the old V8 Utes series.

Peters Motorsport has in fact already begun installing a V8 engine in one of its Mazda BT-50s (pictured) as a test car for prospective drivers, although the powerplant is a 6.0-litre unit rather than an LS3.

“The engine that we’ve put in (the BT-50) is just a six-litre but that’s just to get an engine in a car quickly,” team manager Brett Peters told Speedcafe.com.

The deal has been brokered by Ray Smith-Roberts, who recently resigned as CEO of the parent company of SuperUtes naming rights sponsor ECB and is now lending his assistance to the competitor group in organising the new series.

“He obviously knows everybody in the series, he’s invested in the series as ECB, and he’s a very capable man, so he’s taking the role on and he’s already been very busy with CAMS and Supercars and getting engines for the right price,” explained Peters.

The BT-50 is expected to hit the track with a V8 engine for the first time early in the new year.