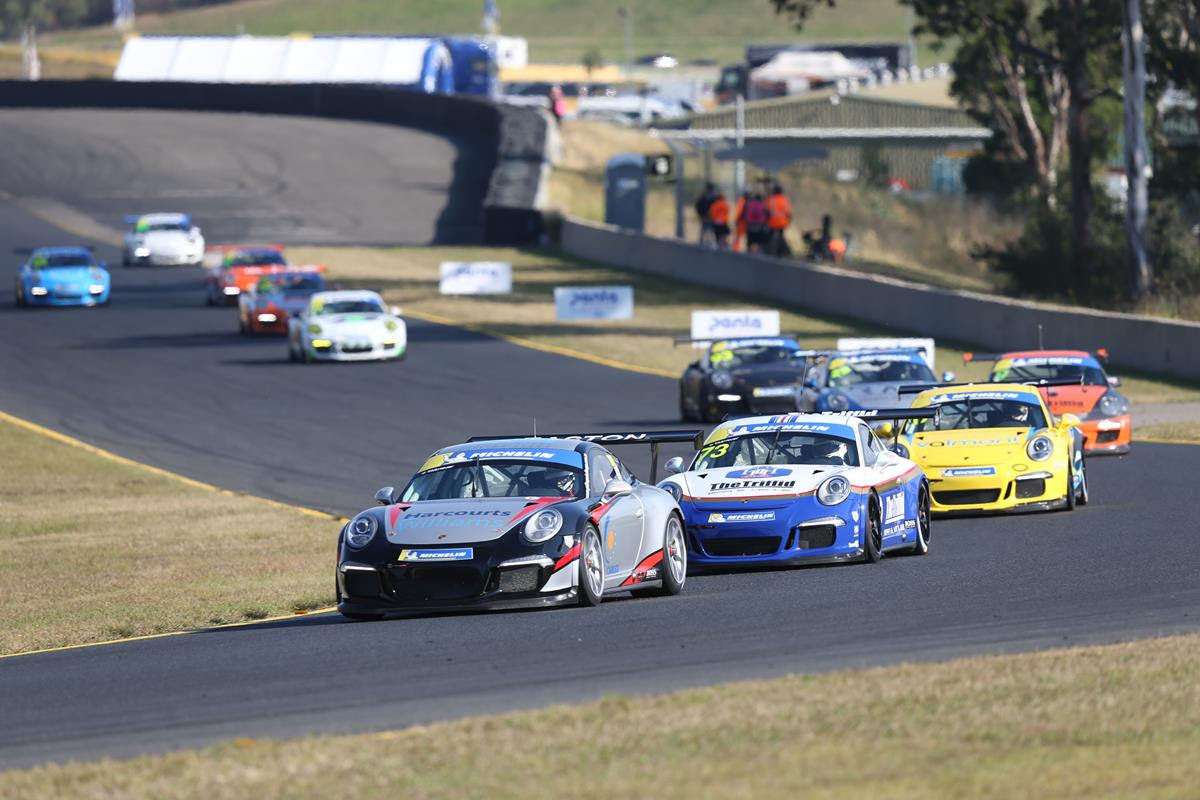 The Shannons Motorsport Australia Championships, itself also operating to a new moniker next year, continues to form the backbone of the six-round season.

The 2020 campaign for what was known up to this season as Porsche Michelin GT3 Cup Challenge begins at Sydney Motorsport Park in late March before rounds at Winton in May and The Bend in June.

Round 4 has been listed for Morgan Park on July 3-5, the same weekend which had been marked with circuit TBC when CAMS released the Motorsport Australia Championships’ calendar.

Speedcafe.com understands that confirmation of that Queensland venue by CAMS, which will be known as ‘Motorsport Australia’ from New Year’s Day, will come shortly.

The final two rounds take the series back to Victoria, at Phillip Island in August and Sandown in September.

“Porsche Michelin Sprint Challenge Australia certainly experienced its strongest year to date in 2019 and we look to build upon this success in 2020,” said Porsche Cars Australia’s Head of Motorsport, Troy Bundy.

“With the Shannons Motorsport Australia Championships enjoying record crowd attendance, social, online and live stream audiences in 2019, we feel this provides our teams, drivers and series partners with an incredible platform from which to start the 2020 series.

“There is already great interest from those looking to race in Michelin Sprint Challenge next season and we expect to see a similar number of drivers and cars, if not more, on the grid in 2020.”

The Jim Richards Endurance Trophy will once again be contested within the wider Sprint Challenge competition, with longer opening races at each of the first five rounds of the season.

Harri Jones won outright in this year’s GT3 Cup Challenge and is set to step up to Porsche Payce Carrera Cup Australia with McElrea Racing in 2020.