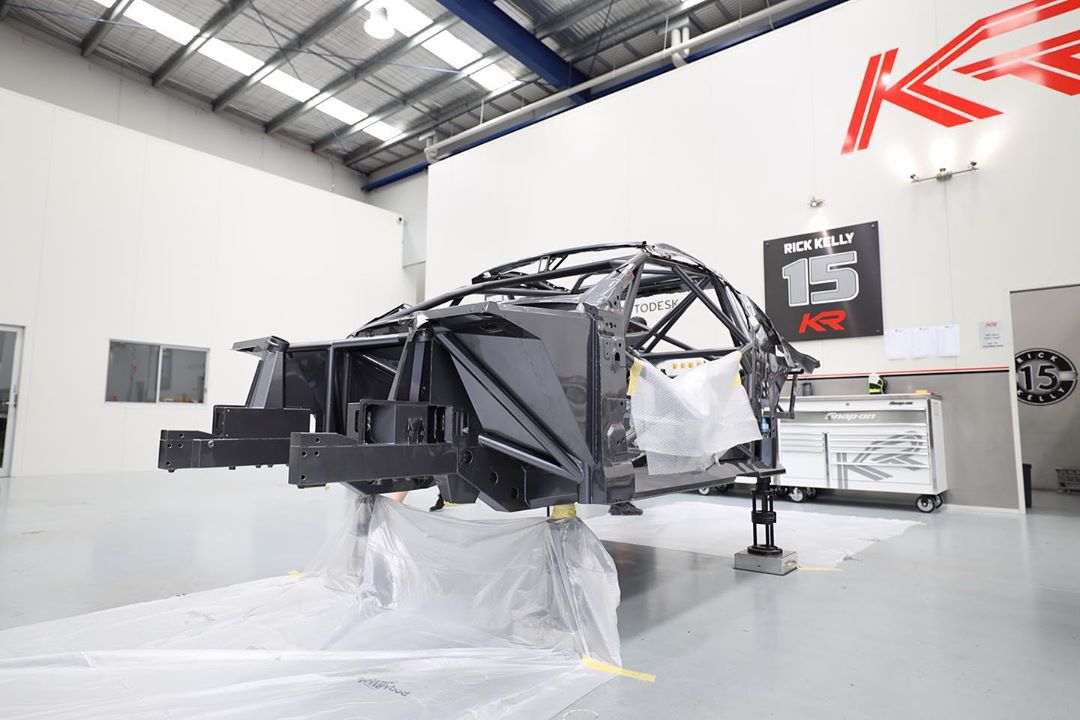 Kelly Racing will be working around the clock during the Christmas and New Year break to ensure its Ford Mustangs are completed in time for Supercars’ pre-season test.

The team’s Braeside workshop is likely to be particularly active over the holidays and in some cases its machine shop will run through the night constructing crucial parts required for its new 2020 machines.

Work has been feverish since it was confirmed in October that the squad will move from running four Nissan Altimas to a pair of Mustangs for Rick Kelly and Andre Heimgartner.

The manufacturer switch has seen the team take on a new in-house engine program that has required its engineers to design and build new componentry.

Likewise, the team is currently building up a brand new chassis while also converting a Nissan Altima rig into a Mustang for next season, with the cars set to turn wheels for the first time at the February 18 pre-season test at The Bend Motorsport Park.

Such is the workload, Kelly Racing’s workshop will be a hive of activity with some departments set to be working right through the break.

“It depends what department you’re in at our place,” team co-owner Todd Kelly told Speedcafe.com.

“All the car guys are just finishing up prepping the car and they’ll come out of the booth and be sitting in the shop ready to go.

“All the car crew will rock up in early January and start assembling, so, that’s pretty under control.

“If there’s a part that can easily be changed by myself or Matt House, the production manager, we’ll keep the parts running through the night.

“But if it’s a bigger part that requires tool changes to recalibrate the machine and everything through the night we haven’t got the crew to run one those tasks 24 hours a day.

“Certainly the ones that are just repetitive, easy jobs, we keep them going.

“We are just trying to structure all that and shuffle it around and order of importance when we need the parts done.”

Preparing its in-house engines is a key area of focus for the team during the off season, with the first unit not expected to fire up until the New Year, prior to being shipped to Supercars’ technical department for homologation.

The squad has been using a recently acquired 2012 spec Stone Brothers Racing Ford engine as a template for its new build.

Kelly is happy with progress so far although the team is still awaiting a number of crucial components.

“We’re dummying up an engine with one of the cranks that we’ve borrowed and we’ve got all pistons and bits and pieces,” Kelly added.

“Our cranks and conrods still haven’t arrived, but that at this point is not really stopping us.

“We’ve got our first pair of heads and valves in the shop at the moment so we’re just getting ready to machine those and hopefully we can stick those heads and the test pistons in the test engine before Christmas, and actually back-to-back the two different cylinder heads, and we may even be able to back-to-back the sump at the same time.

“We’re getting there, but the big one now is just sorting all the little things like all the ancillaries and our two inlet manifolds that specifically suit our cylinder heads.

“We’ll push on with all that straight through Christmas and New Year’s and hopefully have everything come together just in the nick of time.

“Our very own engine won’t be (fired) until right before it ends up being shipped over to Supercars for homologation.

While there is plenty of work ahead to ensure the cars are ready for 2020, the squad’s commercial front is looking strong having penned a three year deal with a new naming rights sponsor Ned Whisky for the #7 car.

The team has become the first to reveal a livery for the new season following the launch of Heimgartner’s machine.