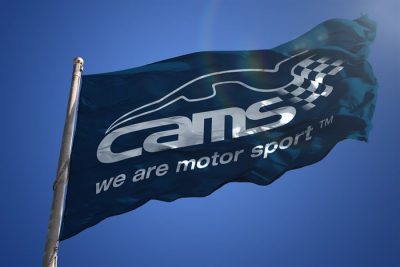 CAMS has appointed a new member to its board

The Confederation of Australian Motor Sport has confirmed Kristen Bailey as its latest addition to its board of directors.

Replacing the retired Bob Piper, Bailey, an experienced motorsport administrator and competitor, joins the board as the elected Director for South Australia and the Northern Territory.

Bailey’s election was confirmed at last night’s final board meeting for 2019 and also the final meeting under the CAMS trading name, ahead of the rebrand to Motorsport Australia from January 1, 2020.

Most recently, Bailey has served as the Deputy Chair of the Australian Women in Motorsport Commission, President of the Scout Motorsport Club of SA (SMCSA) and has worked on the SMCSA Executive since 2014, as well as previously being the Secretary for both the Circuit Excel Association of SA and Tarmac JDP Association.

“Motorsport is in my blood, my family all compete and it has been such a big part of everything I do and I couldn’t be prouder to be joining the Board,” said Bailey.

“As a competitor and administrator, I am well aware of both the opportunities and the challenges faced by those in our sport and look forward to playing a role in driving the strategic direction of the organisation as a Board member.

“With the impending rebrand to Motorsport Australia, now is a really exciting time for motorsport in our country which is certainly in a very strong and enviable position.”

CAMS president Andrew Papadopoulos added: “Kristen is well known across the sport and has been a passionate contributor, both on and off track.”

“I congratulate Kristen on joining the Board and look forward to working with her in 2020 and beyond. I know she will provide strong input with motorsport’s best interests at heart.

“I’d also like to acknowledge and thank Bob Piper for his many contributions to the Board during his time as elected Director for South Australia and the Northern Territory. I have no doubt Bob will continue to provide his support and ideas well into the future.”

Bailey joins Margot Foster AM OLY and Thea Jeanes-Cochrane as the third woman on the board.