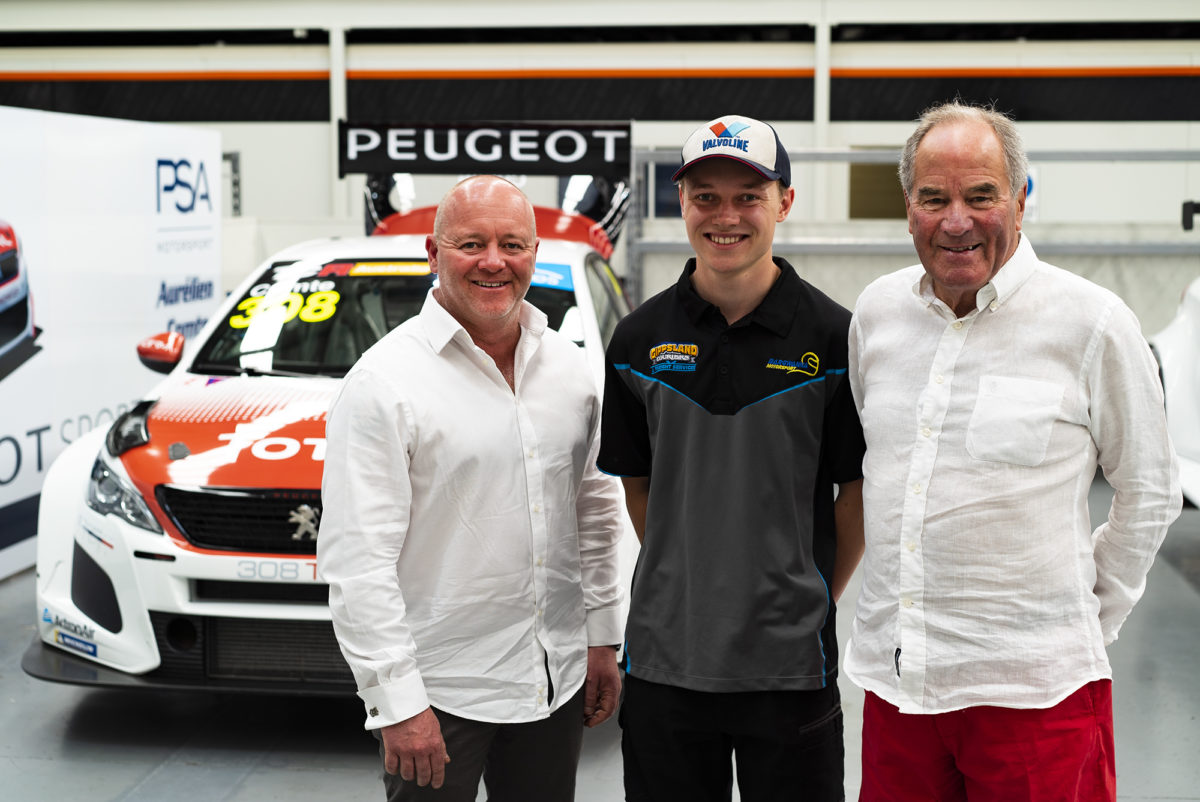 Jason Bargwanna is set to return to the race track after agreeing a two year deal to race in TCR Australia that will see him reunite with Garry Rogers Motorsport.

The 47-year-old will pilot a recently acquired Peugeot 308 in the two litre touring car class next year in a move that will see Bargwanna rejoin the team that gave him his big break in Supercars back in 1998.

The car, which made its debut at The Bend season finale last month, will be prepared and run by Garry Rogers Motorsport Customer Racing, alongside the factory-supported Renault Meganes and two Alfa Romeo Giulietta Veloces.

Bargwanna’s deal to race in TCR will also see the 2000 Supercheap Auto Bathurst 1000 winner team up with his aspiring 18-year-old son Ben for the new two-driver 500km Bathurst International race late next year.

Jason’s last prolonged competitive outing came in the 2017/18 BNT V8s series in New Zealand, while Ben has been racing in Australian Formula Ford in addition to working in a TCR mechanic role at GRM.

Having enjoyed his time racing at GRM in Supercars from 1998-2002, Bargwanna is excited to join the TCR Australia grid with the Melbourne squad.

“It is really exciting to confirm that I’m making a return to the driver’s seat, and even more exciting that it is going to happen in an emerging class like TCR,” said Jason Bargwanna.

“I’ve been involved in motor racing for a long time, and TCR has lit a fire inside me.

“There is so much energy and hype and genuine excitement around the category. It’s a category that makes sense and I can’t wait to get back into race mode.

“One of my motivations is to team-up with my son Ben for the new endurance race at Bathurst. Having the chance to race alongside your own son in the same car is rare.

“We’ve seen the likes of the Setons, Johnsons and the Richards families do it at Bathurst, and I feel privileged to be able to share a car at such a special track.

“This TCR program is a two-year commitment for us. I have no doubt that Ben will be out buying me fishing gear for Christmas next year, and won’t be afraid to try and pry me out of the seat after he finishes his Formula Ford campaign.”

Meanwhile, Ben has labelled the opportunity to team up with his father at Mount Panorama as a dream come true.

“To race in a TCR endurance race alongside my dad at Mount Panorama is unthinkable. It’s a dream come true,” said Ben Bargwanna.

“He has been to all of my karting, Hyundai Excel and Formula Ford races, and we have a lot of fun and success together, so its very exciting that we’ll be able to share the same car.

“Garry and Barry have given me the opportunity to work with on the TCR program this year, and it has been unbelievable to work in a professional team environment.

“A full time seat in the series would be amazing, but my focus is on Formula Ford at the moment. I’m a strong believer that you need to do your apprenticeship right, and I still have some things to work on.

“My goal for 2020 is to win the national Formula Ford championship next year, then take on the world’s best at Bathurst.”

Bargwanna will confirm his sponsorship partners before the start of the 2020 season that begins with an outing at the Formula 1 Australian Grand Prix from March 12-15.