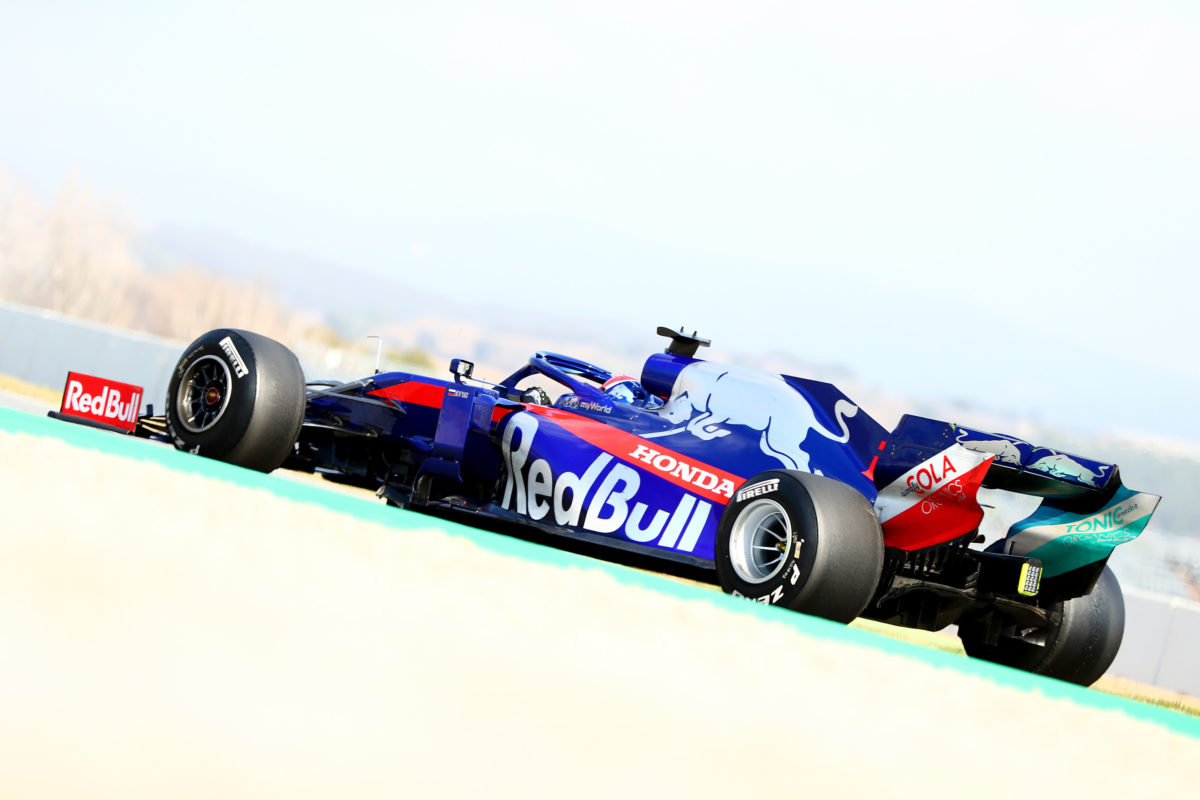 The rebranded Toro Rosso squad has announced its 2020 launch

The rebranded Toro Rosso team has become the second Formula 1 squad to confirm the launch date for its 2020 car.

Set to rename to Alpha Tauri for the coming season, the Faenza based outfit is set to unveil its car on February 14.

Both current drivers, Daniil Kvyat and Pierre Gasly, will remain with the team next season following one of the most successful campaigns in its history.

In Germany, Kvyat handed the team its first podium in a decade with a third place while Gasly netted second in Brazil.

The Friday night release follows two days after Ferrari takes the covers off its new car, and just under a week before the opening pre-season test.

Teams are set to take part in two three-day tests at the Barcelona circuit in Spain, the first running from February 19 and concluding on the 21st.

They’ll be back in action the following week from February 26.

Following the second test teams will head to Australia for the opening round of the 2020 season on March 12-15.

Next Story Todt: F1 ‘decades’ away from going all-electric