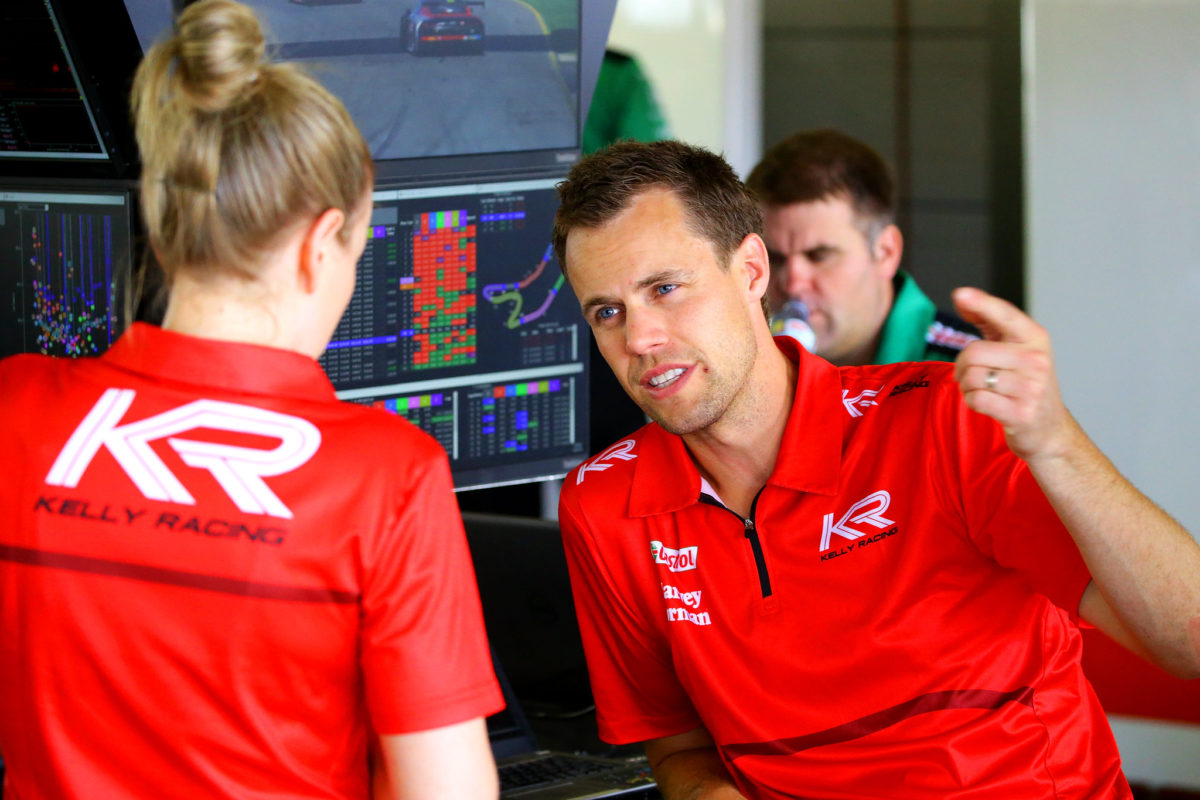 The Braeside operation is searching for a new team manager after Sinclair ended his six year tenure with the team.

Sinclair, who finished up with the team last Friday, has proven a valuable member of the operation throughout its challenging Nissan Altima program.

Prior to his spell with Kelly Racing, he enjoyed stints at Dick Johnson Racing and Walkinshaw Racing.

However, Sinclair has elected to alter his career path by joining the Supercars Commission to replace Neil Crompton as its independent commissioner.

The news comes amid Kelly Racing’s transition from running Nissans to a pair of Ford Mustangs to be driven by Rick Kelly and Andre Heimgartner for 2020.

Kelly Racing co-owner Todd Kelly has confirmed that Sinclair’s duties will be split over two or three people including himself in the short term while the team finds the right successor.

“The role will be split over two or three people in the short term,” Kelly told Speedcafe.com.

“There is bits and pieces that certainly I will be doing but I’ve been involved in all of that the whole time, so it is not really a huge thing.

“We are (looking for a replacement) but it is just about getting the right person.

“We have got a couple of really good guys that are capable of doing a good two thirds of what Scott has done, but we don’t want to load extra on those people who are doing a good job in their current role.

“If we have to go through the first two or three rounds without a specific team manager it wouldn’t really affect us.

“But long term it is one of those things that it will creep up on you over six to 12 months when you are overloaded and things are getting missed.

“In the short term it is not an issue but it is more about us making sure we have a good look around and focus on getting the right person.

“We are a fairly young team as far as all of our staff go so we are trying to find a candidate with the right level of experience with a younger person’s enthusiasm.

“It is going to take a bit of searching for but we don’t want someone too old to lead a bunch of young guys or someone that is too young not to have their respect, so it is a fairly narrow window.”

Reflecting on Sinclair’s contribution to the team, Kelly admitted the outgoing team manager will be missed, but is happy to see him land a role on the Supercars Commission, where he can have a further impact on the sport.

Kelly resigned from his own spot on the Supercars Commission earlier this season.

“It is sad but at the same time I’m happy that he has been able to make the call and do that,” added Kelly.

“Scott is one of those guys who gives it everything he has got and that obviously wears you down over the years, so he has got to the point with a young family that he probably needs to have a slight change of career path.

“He will certainly be missed at our place.

“I really encouraged him to have a crack at (joining the commission) it.

“I spoke to everyone (there) about what he does on our team and how I think he will be an asset to our sport, which he definitely will be, and luckily he has earned the respect of all his peers for them to feel the same way.

“It is good he has landed that job and I think the commission will be a good place with the crew they have on board now.”