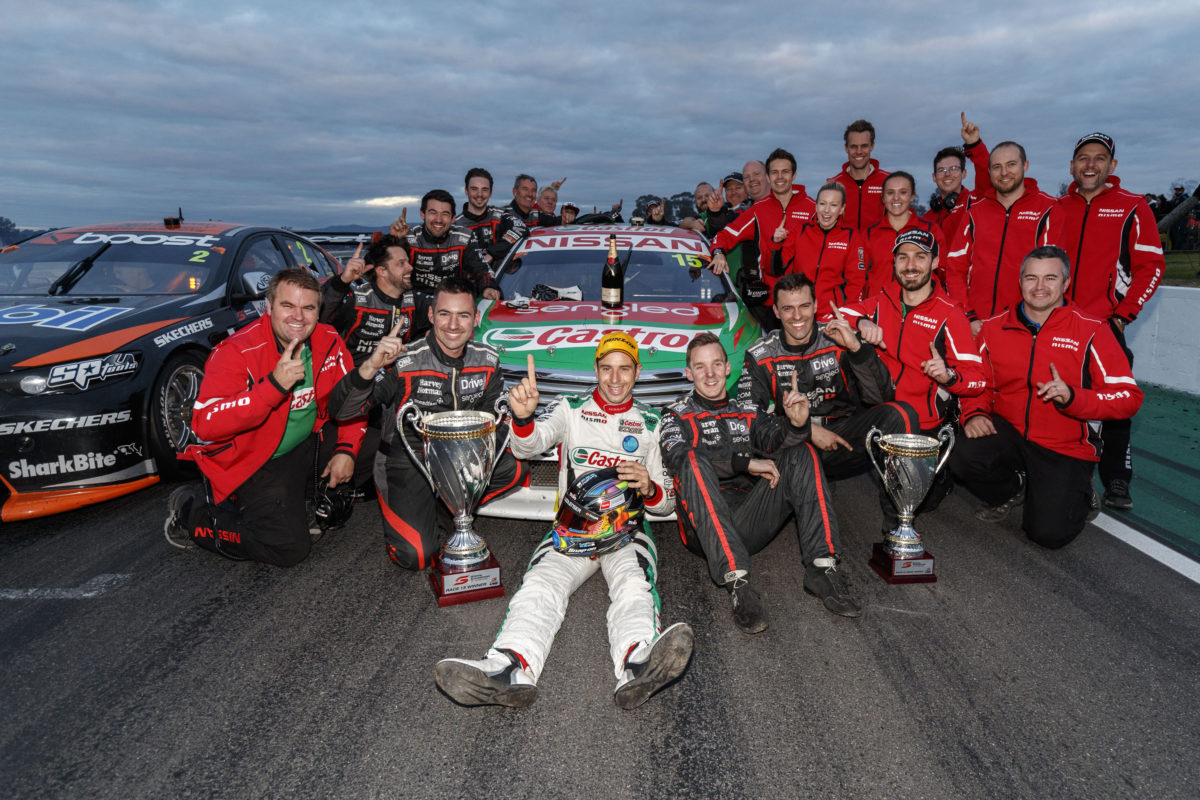 In this week’s Pirtek Poll, Speedcafe.com would like to know if you agree with the New Zealander.

Last week, Heimgartner told Speedcafe.com that he thought there is no reason Kelly Racing can’t challenge for race wins next year.

The Ford Mustang arrived on the scene for the start of the 2019 season, and proved a dominant force in its early races.

Shell V-Power Racing locked out the top step of the podium for the season-opening Superloop Adelaide 500, with Scott McLaughlin going on to take a total of 18 wins throughout the season.

It was only in Sunday’s race at Symmons Plains that Shane van Gisbergen broke the Mustang’s stranglehold which lasted for much of the season.

Such was the Mustang’s performance that in the first 23 races of the year, it won 20 of them – an impressive winning ratio of nearly 87 percent.

Alongside McLaughlin on the Mustang winners list in 2019 was Fabian Coulthard, and Chaz Mostert, while all six Ford runners ended the year inside the top 10 in the drivers’ championship.

There were podiums for all of them too, including Lee Holdsworth who snagged third place with Thomas Randle at Sandown.

By contrast, Heimgartner was the best performing Nissan driver across the season, ending the year 16th in the standings with two podiums to his name.

The first of those came at Phillip Island, and the second during the second Armor All Qualifying Race for the Sandown 500.

Set to make the switch to the Mustang for 2020, Kelly Racing is working feverishly to develop its cars after seven years fielding Nissans.

During that period the team won three races, the highlight its maiden win at Winton in 2013 when James Moffat headed a one-two for the team from Michael Caruso.

There were two further wins for the car, for Caruso at Hidden Valley in 2016, and at Winton again in 2018 for Rick Kelly.

Its fleet has been trimmed from four cars to two, with Kelly and Heimgartner set to continue, a move the latter believes will afford it the opportunity to more finely tune its focus on race weekends.

Last week the team unveiled Heimgartner’s car, while back at its Braeside factory work continues on developing its own engine – with Todd Kelly presenting a series of videos as that process continues (watch the latest here).

In this week’s Pirtek Poll we’d like to know if you think the move to the Ford Mustang will see Kelly Racing return to winning ways.