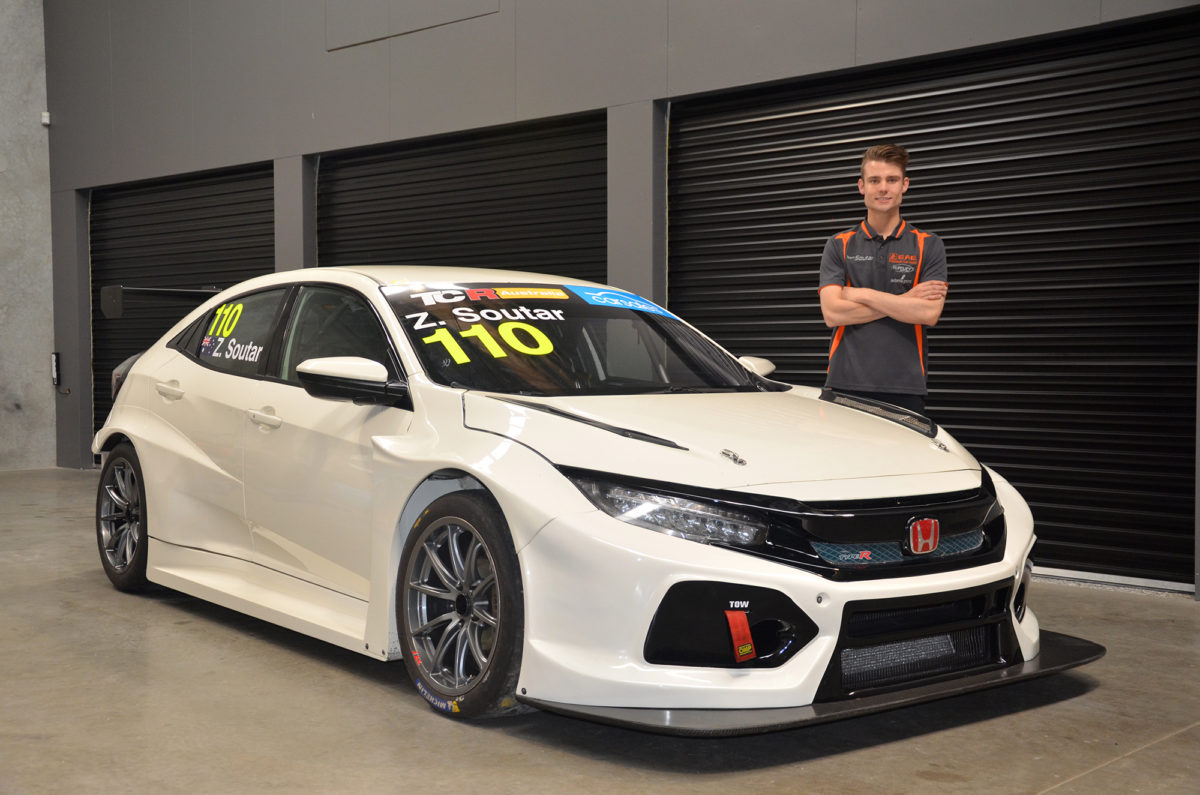 After three season competing in Formula Ford, finishing second in 2019, Soutar has purchased the ex-Tony D’Alberto machine out of Wall Racing.

“I’m really open minded and ready to learn about how to make these cars fast,” said Soutar.

“I feel like this is a class I could be in for a long time, so my plan is to get comfortable and build towards a long future in the category.

“It’s not a stepping stone class an I’d love to be in TCR Australia for a few years.

“Having said that, if there’s an opportunity to race overseas, I’d love to take on that challenge. I’m very open minded, so we’ll just see what the future brings.”

Having run his own car in Formula Ford, Soutar is looking to continue that model, with the assistance of Wall Racing at events.

“I’m looking forward to continuing to run my own car, just like I did in Formula Ford.

“TCR is a category where people who want to run their own show is entirely possible.

“The broadcast package and the event coverage is amazing too.

“We have been blown away by how much interest there has been in the category after just one season.

“We are definitely excited to be a part of that growth.”

Soutar’s addition to the field means there will be two privately-entered Civics on the 2020 grid with Michael Clemente also set to compete in an ex-Wall Racing Honda.

Soutar will get his first drive of the Civic Type R in a private test at Winton Raceway this Friday.

The 2020 TCR Australia season kicks off at the Asia Pacific Cup, to be held at Albert Park alongside the Formula 1 Australian Grand Prix on March 12-15.