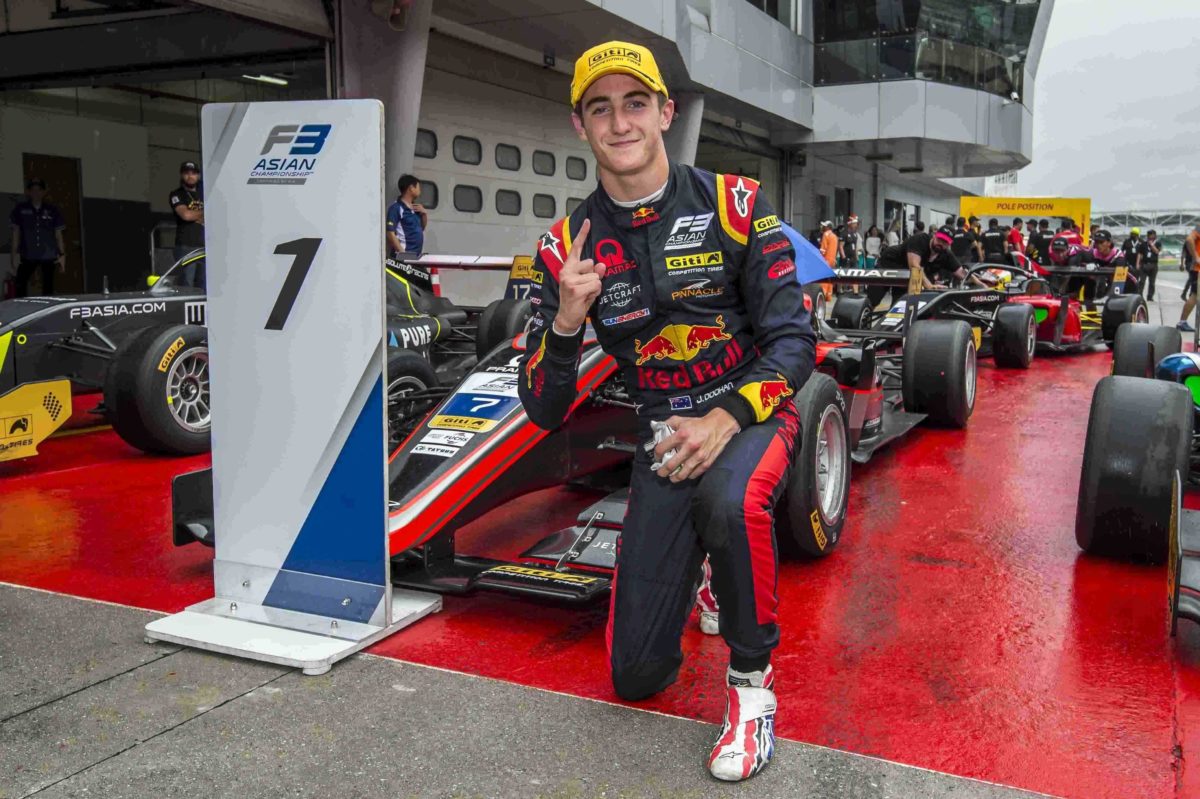 Australian youngster Jack Doohan sits second in the Formula 3 Asian Championship following the opening round of competition in Malaysia.

Doohan snared two podiums in the weekend’s three races, including victory in the finale to chalk up 47 points with his efforts.

Joey Alders tops the standings on 65 points after taking two wins and a third from the weekend, with Nikita Mazepin third in the championship on 40 points.

Mixed conditions in the first race saw it start dry before rain began to fall, with both Alders and Doohan making a move on race leader Devlin DeFrancesco to demote the Canadian to third late in proceedings.

Morning rain left the Sepang circuit wet for the start of Race 2, Alders shooting into the lead off the start and going on to take his second win of the weekend, while Doohan finished in eighth place.

Dry conditions welcomed the field back for the final race of the weekend, with Dooham gaining a strong start to immediately open an advantage at the head of proceedings.

The youngster then controlled the race to take victory by 7.4 seconds over DeFrancesco with Alders third.

Australian Tommy Smith snared 10th places finishes in the weekend’s first and third races, with an 11th in Race 2.

Round 2 of the Formula 3 Asian Championship takes place on January 10-11 in Dubai.