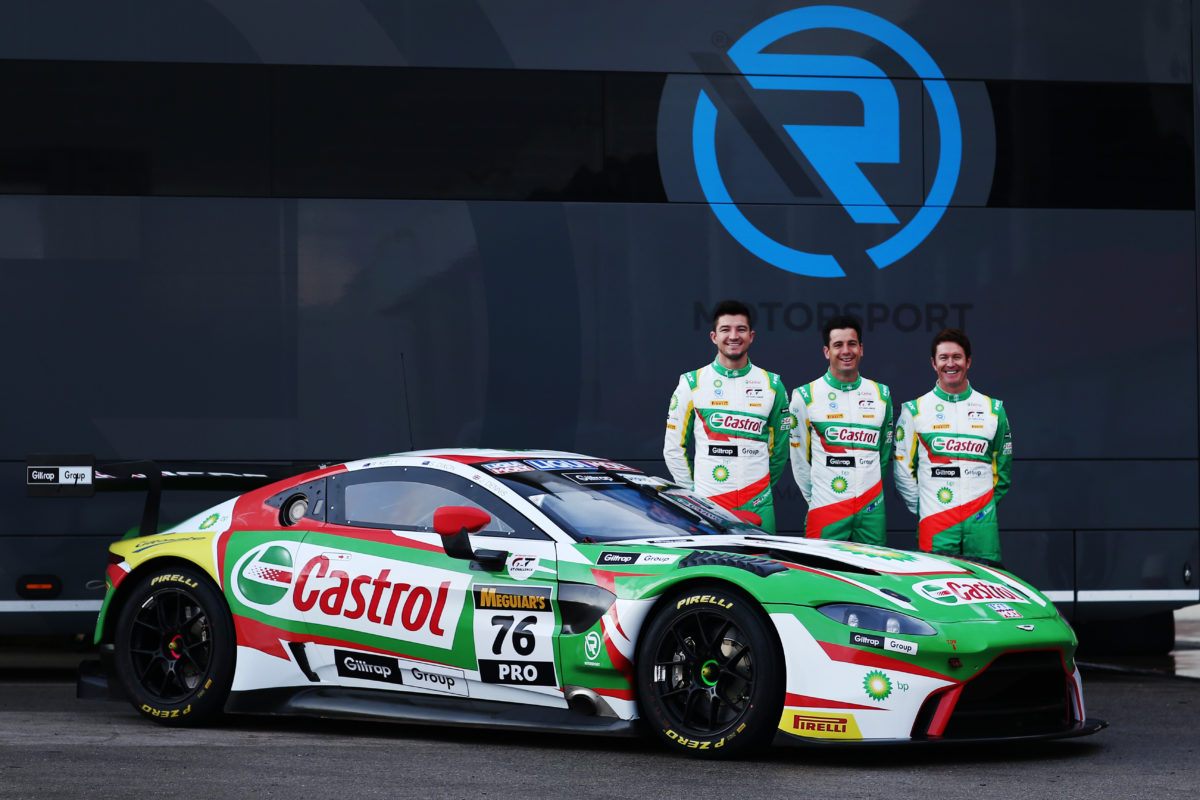 The trio will field one of the latest generation Aston Martins in what will be the car’s maiden appearance at the Mountain.

Dixon is similarly set to make his competitive debut at the iconic venue in a storied career that has included five IndyCar titles, an Indianapolis 500 win, and a host of sportscar wins with Chip Ganassi.

“I have never raced at Bathurst before, but I’ve watched races at the Mount Panorama Circuit back when I was a teenager,” Dixon said.

“What I like most about the circuit is the high commitment, especially across the top, the high speed passages and then down the chase and all the way to the last corner.

“It’s much like a street course with the concrete walls and the very confined spots. You need an extremely good flow.

“I’ve done GT racing as such with the four Le Mans 24 hours races and other endurance events, but never GT3.”

Joining him is two-time Supercheap Auto Bathurst 1000 winner Rick Kelly, who has formerly campaigned a Nissan GT-R NISMO GT3 in the race.

Kelly revealed he’s visited with the team and tested the Aston he’s set to race in Portugal.

“I have been working the R Motorsport Team in the background for several months now to piece this project together and they have been a real pleasure to work with, so I’m really looking forward to being a part of their Team at the event,” said the 2006 Supercars champion.

“Getting the chance to visit Portugal and test the Aston is a real thrill, especially having the chance to share the car with Scott and Jake, two world class talents that will be a great asset to us as we piece together our attack on the mountain early next year.

“I had to pinch myself when I saw the Aston for the first time with all three of our names above the door.

“Jake’s efforts last year were nothing short of impressive both in the race and also in qualifying, and I’m stoked to work with Scott again, we know him best for his Indy achievements but his efforts in our Supercar at the Gold Coast a few years back were outstanding considering he hadn’t driven that car before so I’m sure he’ll be on top of the Aston in no time.”

Completing the driver lineup is Jake Dennis, who starred for R-Motorsport in this year’s event.

The occasional Red Bull Formula 1 test driver spearheaded the team’s effort in the previous specification Aston Martin Vantage V12 GT3, setting the fastest time in the qualifying shootout to claim pole only for a pit lane speeding penalty to demote the car to third.

He was then in contention in the final stages of the race, only to lose out to the hard charging Matt Campbell in the dying moments.

“My memories from last year are mixed,” Dennis admitted.

“The podium was good but I was super disappointed to lose out on the win with 10 mins to go.

“But if someone said to us at the start of the weekend that we would finish P2 with three rookies I would have taken it any day of the week.

“Having two experienced guys with me in the car is amazing and overwhelming. I can’t wait to start working with them and learn things off them.

“It’s a strong line up and I’m very excited to get things started there.”

Previous Story Heimgartner: No reason why we can’t win races in 2020