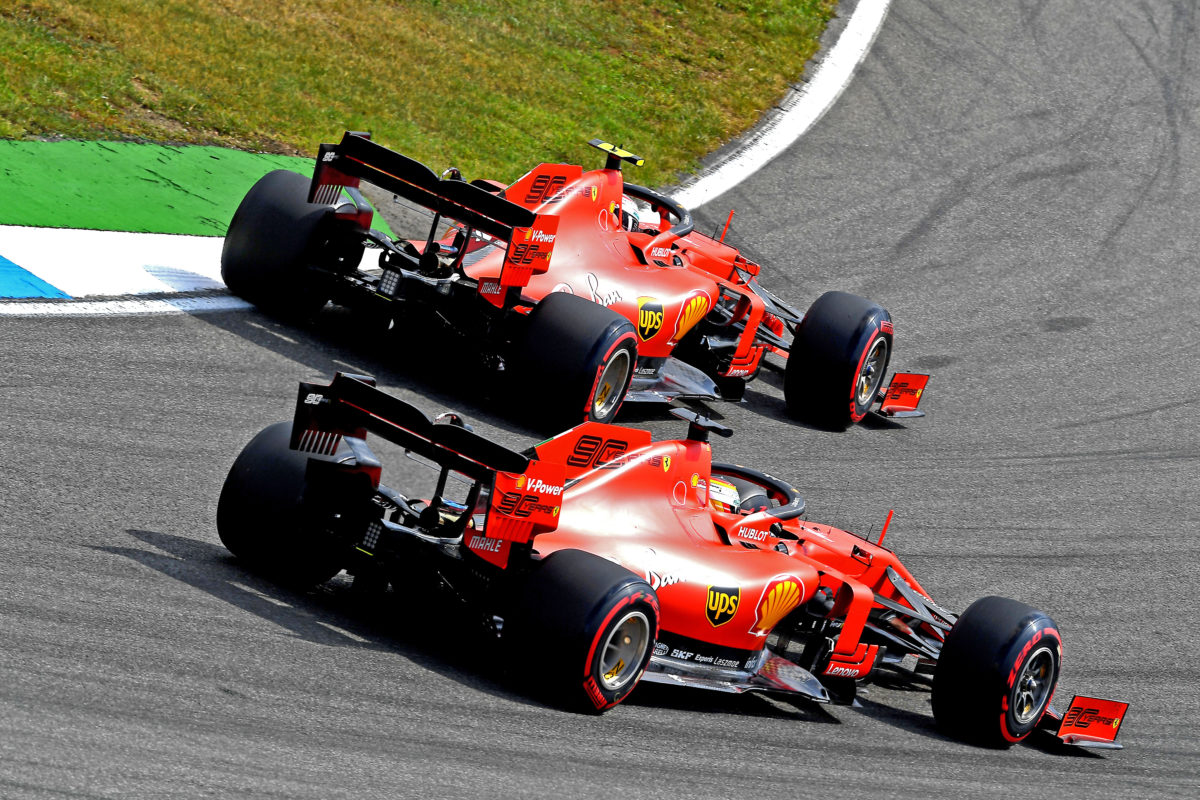 Ferrari is set to make ‘significant changes’ to its engine

Ferrari is making what it terms ‘significant changes’ to the architecture of its Formula 1 engine ahead of the 2020 season.

The Italian marque was widely credited with having the fastest power unit on the grid in the back half of the 2019 campaign.

Sebastian Vettel and Charles Leclerc possessed a comfortable straightline advantage from the Belgian Grand Prix, winning there and again at the power sensitive Italian Grand Prix at Monza.

Preparations are now well underway for a new power unit for 2020 as the team chases its first world championship since Kimi Raikkonen’s in 2007.

“We have changed, by quite a lot, our power unit, in terms of architecture, the cylinder,” team boss Mattia Binotto said.

“It’s quite a big review just to show that here again, there is much that can be done.

“The change we are looking for next year is quite significant changes on the engine itself.”

Ferrari finished second in the 2019 constructors’ championship to Mercedes with its revised engine part of a broader change in tact from the squad.

Part of that could see the team sacrifice its power advantage in pursuit of greater aerodynamic grip.

“We are not expecting to be as far on the straight as we have been, but you never know what the others are doing.

“The things that we learned, we recognise that we need to have certainly more downforce – as we saw at the end of the season, still there is a gap to close.

“So, our car is aiming for more downforce and by consequence, we are certainly working more on drag.”

Pre-season testing for the 2020 F1 season begins on February 19 in Barcelona, with Ferrari set to launch its car on February 11.