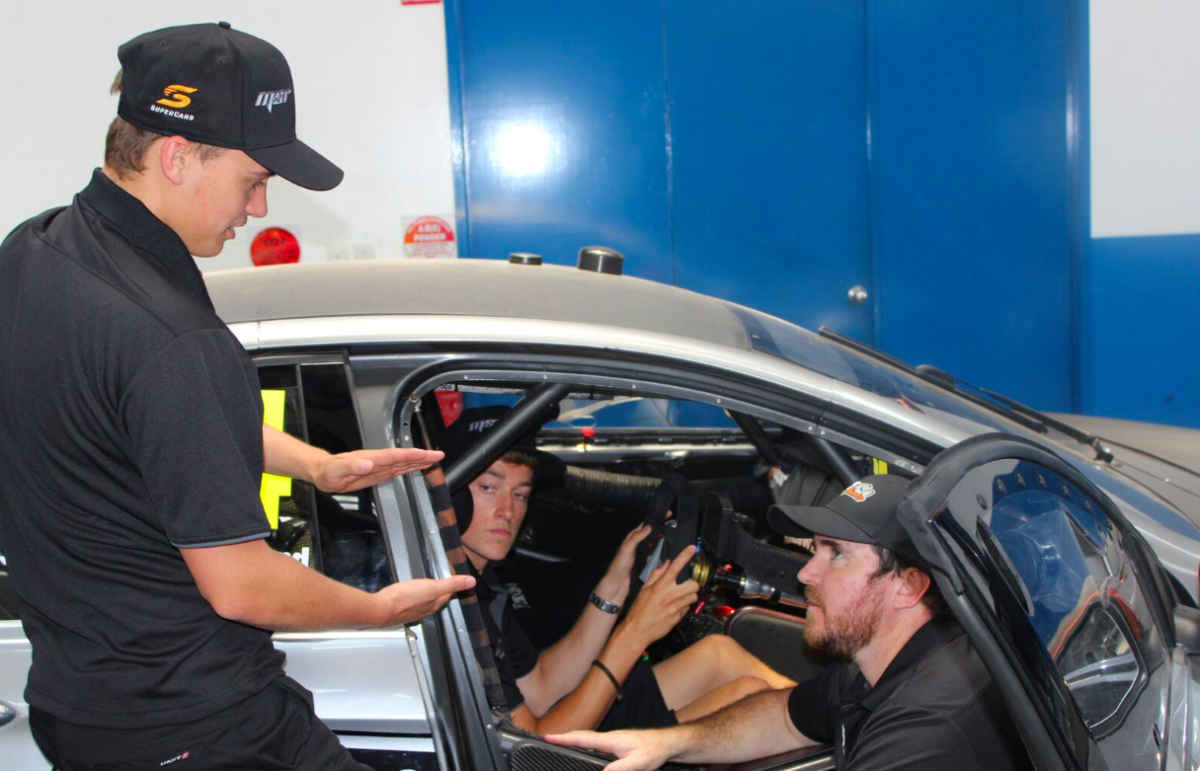 The expanded two car Queensland squad will debut the new initiative which will see Super2 graduates in Zane Goddard and Jake Kostecki share a drive in the 2020 Virgin Australia Supercars Championship.

MSR boss Matt Stone is the architect behind the concept which has secured crucial backing and support from Supercars.

It has been confirmed 20-year-old Goddard and 19-year-old Kostecki will share a former Kostecki Brothers Racing Holden ZB Commodore, underpinned by a Racing Entitlements Contract purchased by MSR from Garry Rogers Motorsport.

The pair are set to each contest five sprint events alternating from round to round before teaming up for the Pirtek Enduro Cup.

Goddard is set to start the season at Adelaide before going to race at Symmons Plains, Pukekohe, Winton and Sydney Motorsport Park.

Therefore Kostecki will start his season at Albert Park before going on to race at Perth, Townsville, Hidden Valley and Sandown.

The season finale at Newcastle is yet to be allocated.

Stone believes the SuperLite concept is a better way to blood young drivers in the series and prepare them for a full-time drive without the extra pressures of a rookie year.

“It’s a concept that I sort of flagged up with (Supercars CEO) Sean Seamer and the guys at Supercars months ago,” Stone told Speedcafe.com.

“Once I explained to them my reasoning and the concept behind it, they all got very excited by it, because obviously, they are very focused on the whole pathway for young drivers in Supercars.

“In my view it’s the missing step in the progression of drivers from karts to Super3, Super2, and then that big giant step from Super2 to the main game.

“To me, this is providing that missing step for drivers, allowing them to graduate a little bit earlier into the main game and allowing them less pressure, because it’s not racing every single week.

“There’s a little bit more breaks structured so they can debrief and work on themselves with the team, and also not going for an outright championship position takes that pressure off as well.

“The calendar that we’ve come up to is something similar to that, which sort of incorporates a little bit of individual driver’s preferences, and also our views on making sure that they get the full range of different tyre compounds and styles of circuits, to help them learn the main game racing at that level.

“It’s all about bringing up the next group of champions and making that step from Super2 to main game just a little bit easier.”

The concept has come in for criticism from some team owners when it was flagged earlier this season, as it will effectively see primary drivers team up for the Pirtek Enduro Cup.

However, under Supercars’ current regulations the program can go ahead without the need for rule changes, with Stone pleased the series has got behind his initiative.

“We got the full support from Supercars, and a lot of people within the industry,” Stone added.

“Obviously, there’s the odd team owner that doesn’t quite see our view the same, but we’re not worried about all that.

“There’s nothing that says what we want to do can’t already be done, and we have the permission and consent of Supercars to do it.”

Meanwhile, Stone is confident in the two drivers selected to run the inaugural SuperLite program.

The signing of Jake Kostecki came as a surprise to most given brother Kurt had been heavily tipped to partner Goddard.

“We sort of looked at those two as being two young guys that have been in Super2, not for that long, two years for Zane and three years for Jake,” said Stone.

“We see some real potential in both of them, obviously Zane’s done a bit overseas and we’re quite happy with his results over there, and he’s just had a pretty good year in Super2.

“With Jake, we think he’ll really thrive in our environment next year. We see a lot of potential in his driving, and I thought he did a brilliant job in wildcard this year, he showed a lot of promise.”

Kostecki and Goddard are expected to test the #34 MSR Holden prior to the championship’s pre-season test at The Bend Motorsport Park on February 18.

The duo will race alongside Garry Jacobson at MSR with the 2016 Super2 Series winner set to pilot the #35 entry throughout 2020.

Next Story Jacobson keen to maximise T8 relationship at MSR