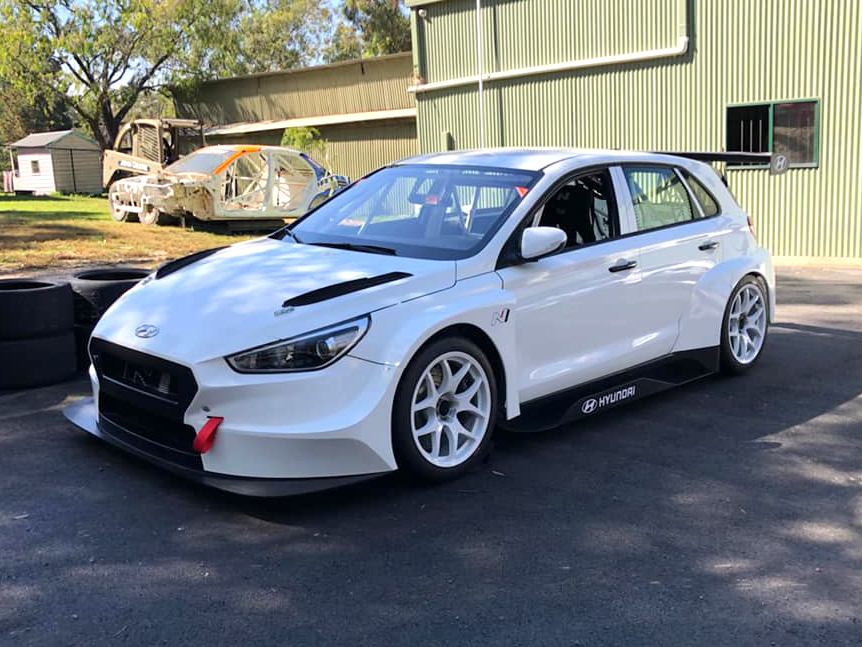 Michael King has acquired a brand new Hyundai i30 N

Improved Production racer Michael King is set to join the TCR Australia Series grid in 2020 after acquiring a Hyundai i30 N.

King has campaigned in NSW Improved Production, winning the state title in 2018 and 2019, along with claiming the NSW Production Touring Car class this year.

His brand new TCR machine will be prepared by DashSport, which took delivery of the car on Tuesday and is set for a shakedown at Wakefield Park tomorrow.

“I’m really looking forward to making the big step up to TCR Australia. It’s going to be a year of fun,” said King.

“My plan is to ease our way in to it. I want to finish each race and just build up my speed and results as the year progresses.

“Some of my friends and family have been saying to me that I should be aiming for a top 10, but really, I just want to have fun with it. I’m just grateful to have the chance to race at this level.

“I had watched a lot of international TCR racing prior to this year, and it’s very competitive and the cars are so cool. Once it was announced it was coming to Australia, I was really excited, and I wanted to race straight away, but I thought I’d watch from afar, and obviously, it has been awesome.

“I feel that ARG has done a really good job running it, the television package for 2020 is great and it was only a matter of time before I decided to have a crack at it.

“It is also great dealing with HMO Customer Racing too. Those guys have been unreal and a good support. They have been very helpful in every way. I’m asking questions every day and they help where they can. They are excellent and I can’t wait to get into the car on Friday and see what it’s all about.”

Next Story Formula Ford race winner steps up to TCR