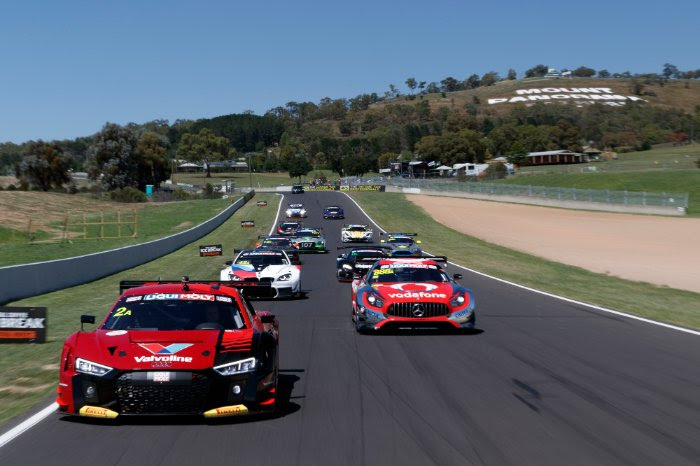 The 2020 Liqui Moly Bathurst 12 Hour is set to be shown in full on both Seven and Fox Sports as part of a new broadcast deal.

It will see the event simulcast on both hosts, with Fox Sports set to run ad-free throughout the race.

Support races, qualifying, and the Top 10 Shootout for the Bathurst 12 Hour will be shown live on Fox Sports, and streaming service Kayo, for the first time.

International coverage is set to continue via the Bathurst 12 Hour website.

“The Bathurst 12 Hour has developed into one of the premier events on the Australian motorsport calendar and there is no better way to hit the ignition on our unrivaled motorsport offering in 2020 alongside Supercars, Formula 1 and MotoGP,” said Peter Campbell, Head of Fox Sports.

Event Director, Kurt Sakzewski, added: “It is a great vote of confidence that Fox Sports is coming on board to broadcast live and ad free the entire 12 hours of the Liqui-Moly Bathurst 12 Hour in 2020 as well as the exclusive coverage of the Support Races, Qualifying and the Pirelli Top 10 Shoot-Out on the Saturday.

“With Seven on board to simulcast Fox’s Sunday race broadcast as well, the event can reach even more fans.

“This is a major boost for our partners, sponsors, supporters and competitors who will receive network television airtime around Australia and for our fans, who will be rewarded for their loyalty to the event with Exclusive Fox Sports coverage on Foxtel and Kayo on the Saturday including Support Races, Qualifying and the Pirelli Top 10 Shoot-Out.

“Having the entire 12-hours showcased live and ad free is rare in the world of endurance racing and we are excited to be able to offer this level of coverage again in 2020.”