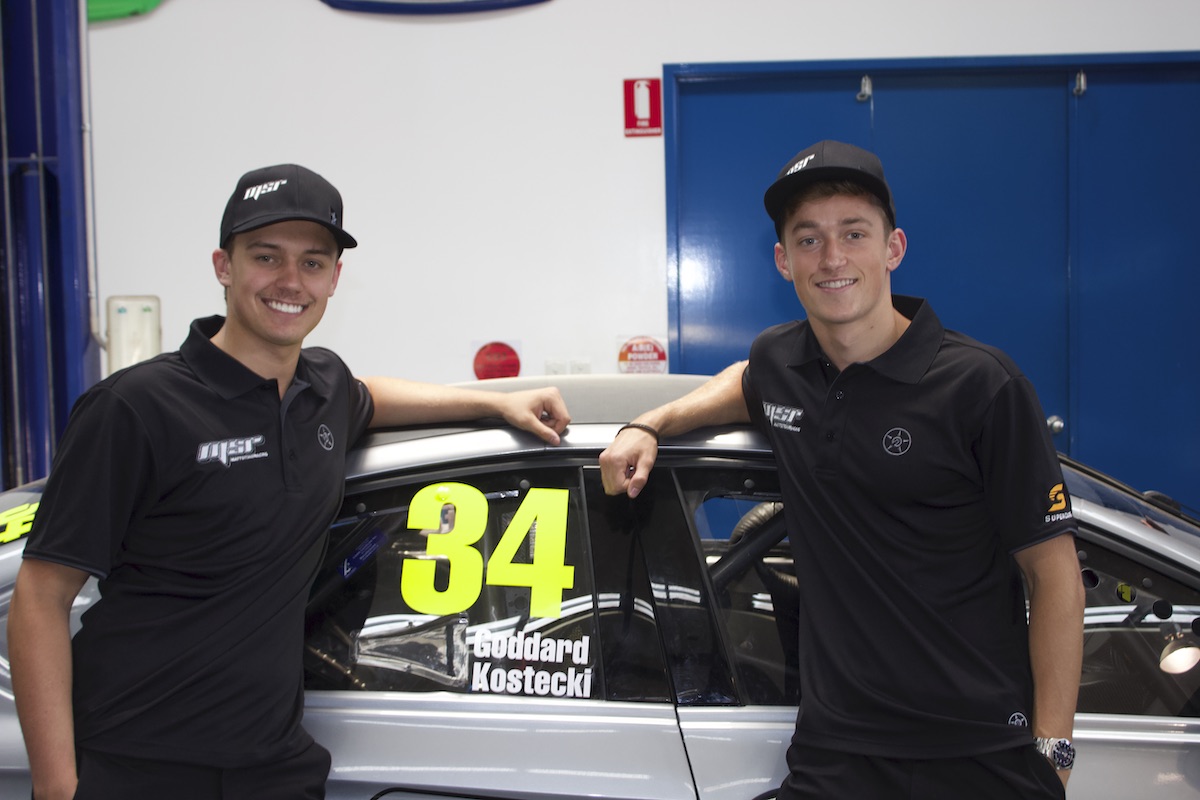 The new SuperLite program, approved by Supercars, is the brainchild of team owner Matt Stone and is designed as an initiative to help Super2 drivers make the step into Supercars’ top tier.

MSR, which will expand to a two car outfit next year, will become the first to pilot the scheme next year with 19-year-old Kostecki and 20-year-old Goddard set to share a Racing Entitlements Contract, purchased from Garry Rogers Motorsport.

The duo are likely to compete in alternate Super400 and SuperStreet events before teaming up for the Pirtek Enduro Cup.

Kostecki and Goddard will contest the season behind the wheel of a Holden ZB Commodore, run under GRM’s famous #34, which has been acquired by MSR from Kostecki Brothers Racing.

The car ran in this year’s enduro cup when Jake partnered with cousin Brodie Kostecki.

MSR’s announcement follows a week after it confirmed 2016 Super2 Series winner Garry Jacobson as its driver for the #35 entry.

“We are thrilled to announce today a new program to develop home grown Australian talent and keep them within Supercars, Australia’s leading motorsport category,” said Stone.

“We also see this as a major boost for the Dunlop Super 2 series, helping provide a clear pathway for drivers to hone their skills then take the next step when they are ready.

“Zane and Jake are a fantastic pairing. Both hungry to succeed and eager to learn from each other and the greater team around them, including Garry.

“We congratulate Supercars for not only backing this new initiative, but for the quality framework that has been developed around it, including prize money for Super 2 to further assist drivers make a career from motorsport in Australia.”

Kostecki believes the opportunity to graduate to the main game after four seasons in Super2 is best way to make the step to Supercars’ elite.

“Our wildcard entry into main game this year with KBR really opened our eyes as to the commitment, resources and teamwork required to succeed in Australia’s greatest motorsport category,” said Kostecki.

“I believe this program gives me the best possible chance to develop the racecraft I need to ultimately step into a full-time main game seat.

“I can’t wait to get stuck into working with MSR and get to the track to cut some laps. Between Zane and I, we will be splitting the championship up but we both will be working towards the same goal, which is to get solid results and learn as much as we can.”

Meanwhile, Gold Coast native Goddard, who finished fourth in Super2 this year, described the chance to race in the main game as ‘mind blowing’.

“My life is racing. To be given the opportunity at 20 years old, after two great seasons in Super 2, to fulfil my dream of racing in main game is mind blowing,” said Goddard.

“I can’t thank Matt Stone and the team at MSR enough for believing in me, plus my sponsors and my parents who have been such a strong guiding influence in my life and racing so far.”

The duo are expected to test prior to the championship’s official test day at The Bend Motorsport Park on February 18.

Only two seats on the grid for next year are yet to be officially confirmed, with Bryce Fullwood expected to land the vacant spot at Walkinshaw Andretti United, while plans for a proposed second drive at Team Sydney remain unclear.