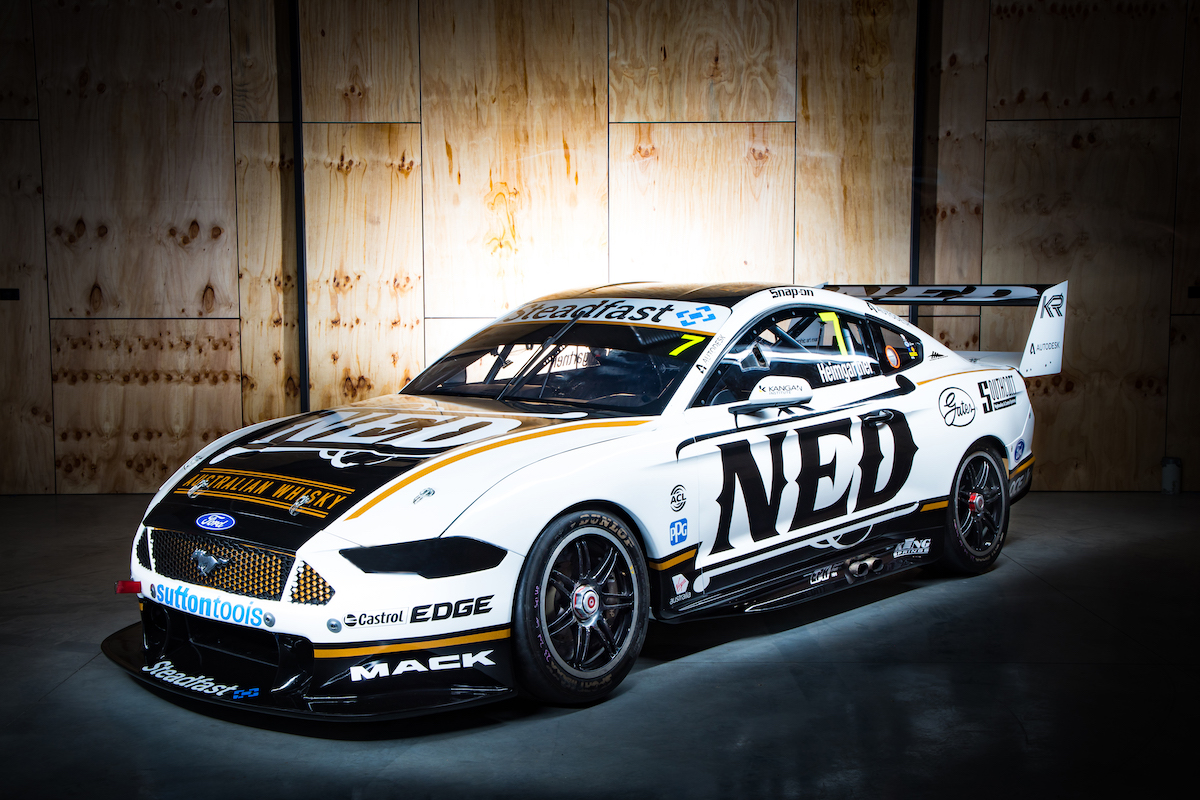 Kelly Racing has revealed its Ford Mustang Supercar to be driven by Andre Heimgartner in the 2020 Virgin Australia Supercars Championship.

The #7 entry will run under the banner of the Ned Racing Team courtesy of new naming rights sponsor Ned Whisky that has agreed a multi-year deal with the Braeside operation.

The arrangement sees the Australian firm take up prime sponsorship on Heimgartner’s car which features a white, black and gold colour scheme.

Ned Whiskey joins Castrol as the team’s major sponsors for 2020 with the latter set to take up naming rights sponsorship of the sister #15 Mustang piloted by Rick Kelly.

“It’s exciting and a big step in my racing career to have Ned Whisky come on-board with a multi-year partnership for my new Ford Performance Mustang Supercar. It is a fun brand and I cannot wait to represent them next year,” said Heimgartner.

“Myself and the team here have the opportunity to be part of something pretty special with Ned so we’ll be doing everything we can to serve them well into the future.”

Kelly Racing co-owner Todd Kelly has welcomed the new sponsorship partnership ahead of what will be a big season for his team as it opens a new chapter with Ford.

The team has switched to the blue oval having raced Nissan Altimas for the last seven seasons.

“It’s extremely exciting to announce a new major partnership between Kelly Racing and Ned Whisky for Andre’s Mustang next year and beyond,” said Kelly.

“We’ve got a big season ahead with a lot of great opportunities made possible by the switch to Mustang so it’s fantastic to bring a new major sponsor on-board that we can share that with and start a new journey together.

“There’s a great bunch of people behind Ned and the brand shares the same values and beliefs that we stand by as a team at Kelly Racing, which is really exciting and I’m confident that we can do big things on and off the track together.”

Kelly Racing continues to face a busy off-season preparing its new cars for the 2020 campaign, which kicks off with the championship’s pre-season test at The Bend Motorsport Park on February 18. 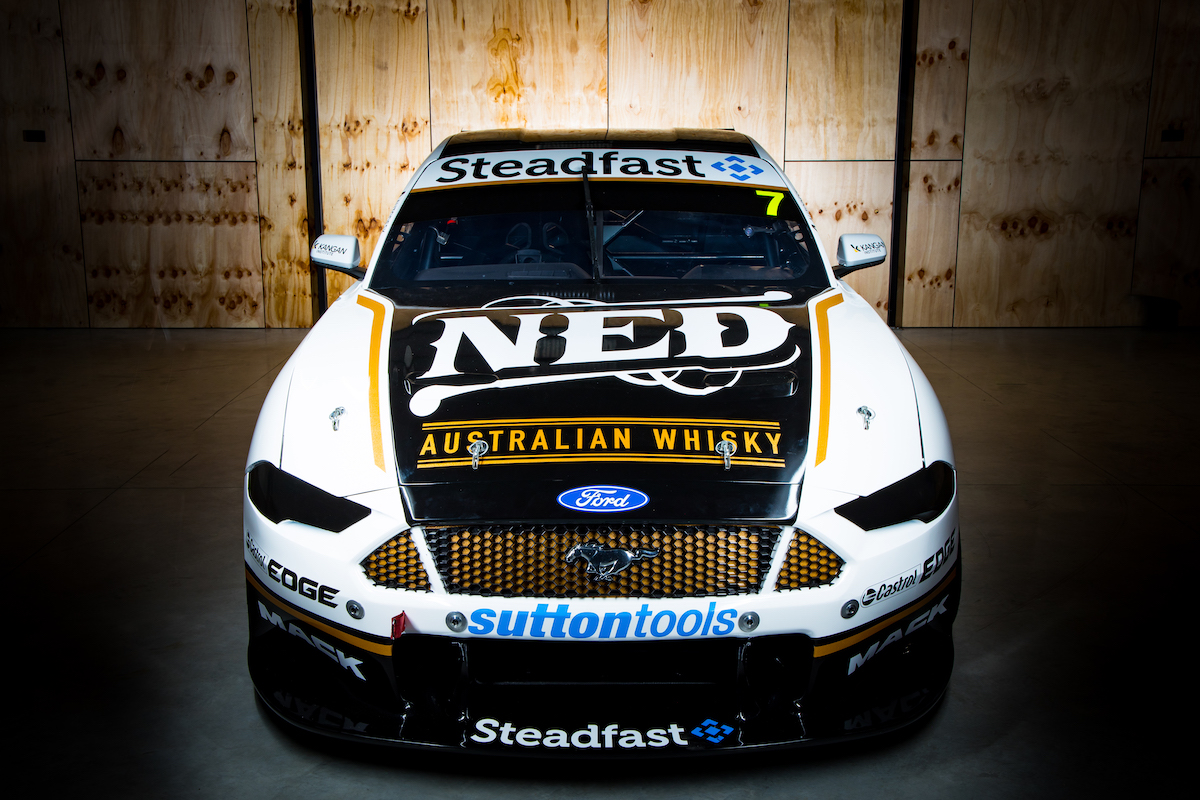 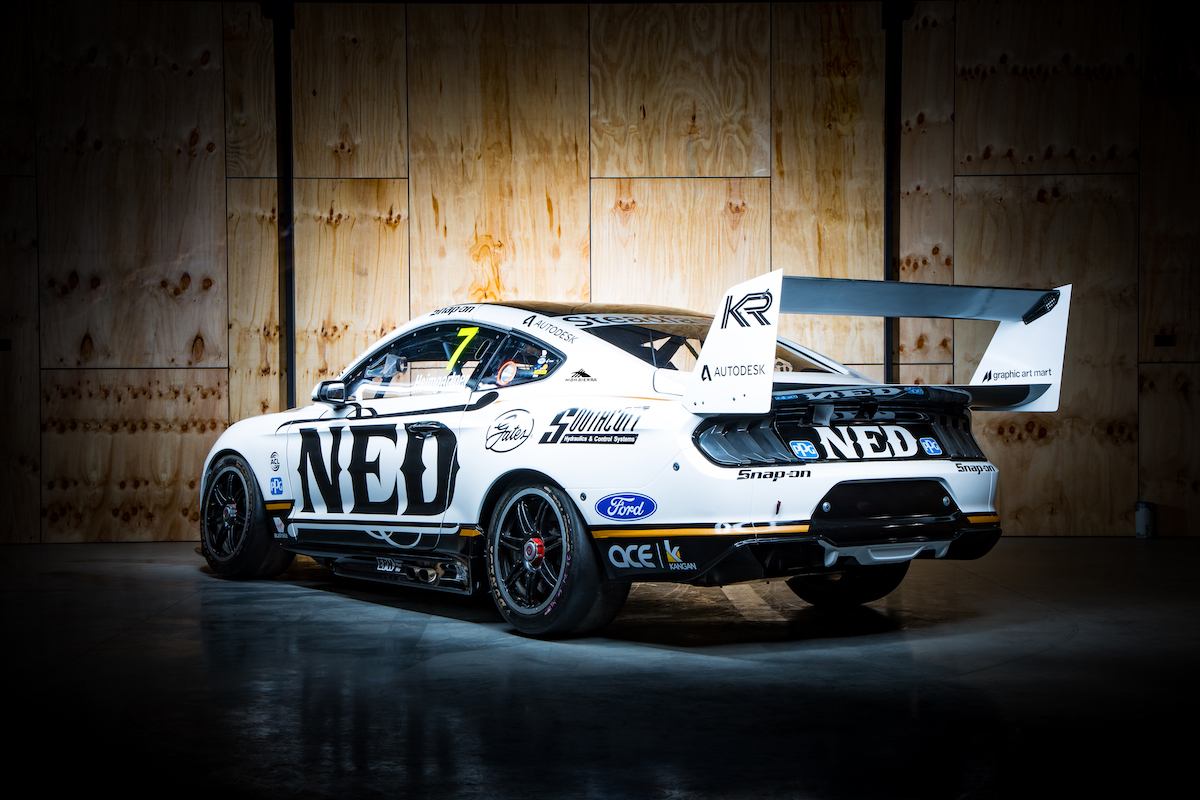