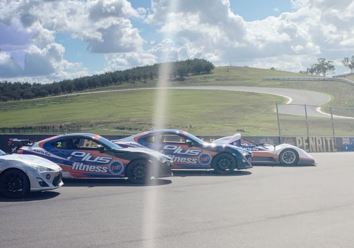 A fleet of Toyota 86s will be prepared by the category

Organisers have announced plans for an all-new Australian Rising Stars (ARS) Series set to be run on the Australian Motor Racing Series platform.

The series will run a one-make competition featuring a fleet of ‘arrive and drive’ Toyota 86s owned and prepared by the category.

Drivers will be assigned a different car at each event in an effort to remove any mechanical advantage in the machinery itself.

“The cost of tin top racing in Australia has spiraled out of control for most Australian families,” explained Wayne Russell, who developed the concept.

“Our philosophy is simple – to provide emerging talent one of the cheapest, but professional motor racing pathways in Australian motorsport.

“The business of motorsport is a completely unknown factor for most parents – they simply don’t know what lies ahead for them. It is daunting.

“The experience will include a professional motorsport induction program called the ARS Motorsport Institute where we will teach them about the fundamentals of sponsorship, media, public relations, management, health and fitness and legalities of motorsport.”

Though a full calendar has not been confirmed beyond forming ‘part of the Australian Motor Racing Series’, its opening round will he held at Morgan Park on April 3-5.