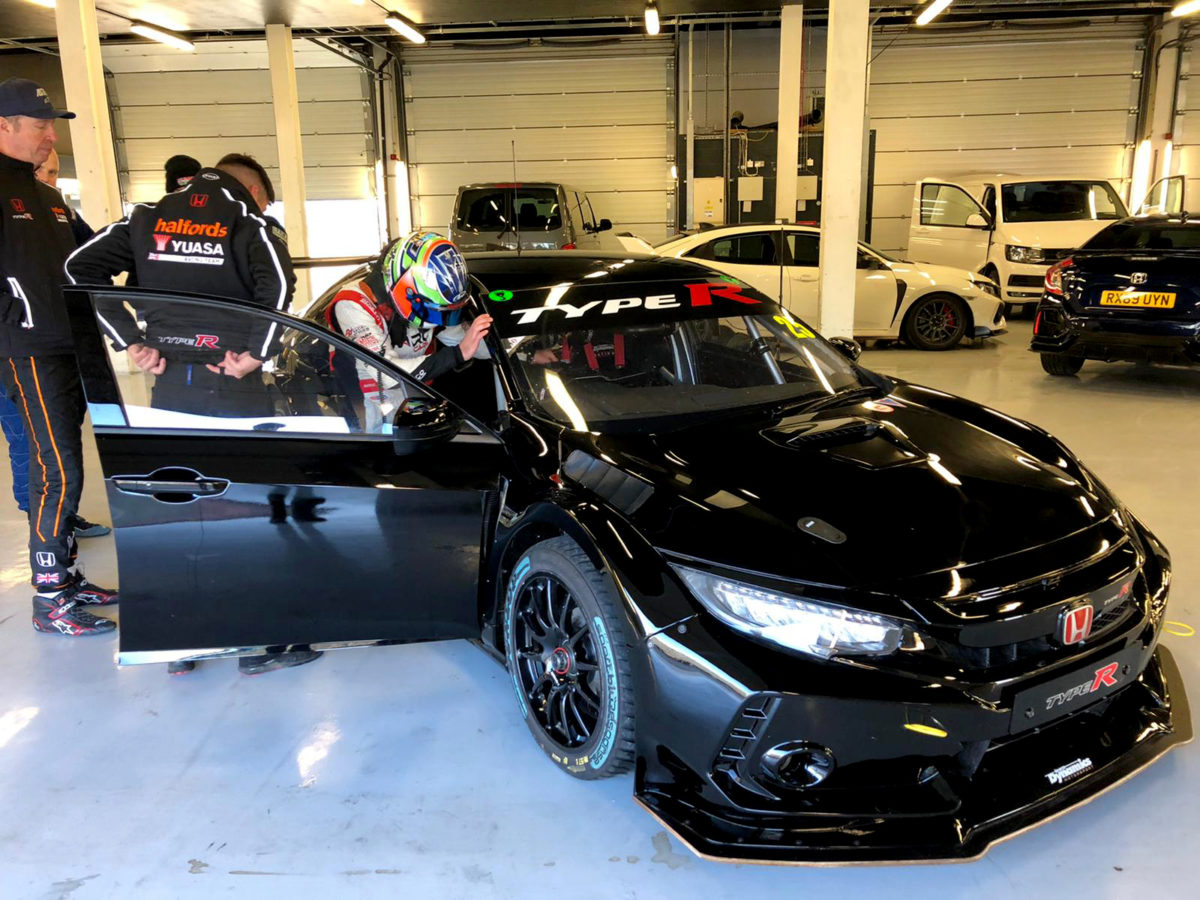 After sealing third place in the inaugural TCR Australia Series in his Volkswagen Golf GTI, the 19-year-old headed to Silverstone last month to drive one of the factory BTCC Honda Civic Type Rs.

Coached on the day by team owner/driver Matt Neal and team-mate Daniel Cammish, Cameron completed around 40 laps of the ‘International’ circuit layout of the famous UK venue.

The test was held in mixed conditions, with the Victorian able to get within a second of Cammish’s benchmark time for the day.

Cameron says that the Honda was akin to his regular TCR Volkswagen, with only some minor differences between the cars.

His 2020 plans remain fluid, however, he indicates that his priority is to stay in the TCR Australia Series.

“The Honda BTCC car was really cool. It was a bit slippery and cold, but once I got the hang of the car, the conditions and the circuit, it was really a lot of fun,” said Cameron.

“The Honda has a sequential shifter, which is a bit different to my regular TCR car (with paddle shift). Also, the seating position in a BTCC car has you sitting very close to the steering wheel – it’s like a NASCAR. The TCR car is a lot more relaxed, like a road car.

“I felt like the power between the cars is pretty similar. I did enough laps to get a feel for the difference and I really enjoyed it.

“Being at Silverstone was very cool. I’ve watched a lot of races there on TV before, but I’d never been there. The infrastructure at the circuit is awesome, and the track is really fast and flowing.

“Matt (Neal) and Dan (Cammish) were great to work with. They gave me a full brief in the morning – what gears to be in, braking markers and what to expect. With all of the information, it allowed me to fast-track my learning and have a crack

“The conditions meant I was getting a lot of tyre wear, and when we looked through the data, my  brake traces and throttle traces were good. I was down on mid corner speed, but that was due to the tyre life.

“In the end, I was about a second off what Dan did on the same day, so I was pretty pleased with that. It was an awesome opportunity to have a go in a BTCC car and hopefully I have another chance to do it again

“We’re now looking at options for a potential drive over there. I’d love to do a one-off race next year, but my main goal is to race TCR Australia again and aim to improve on our form this year.

“It would be nice to have that deal locked away soon.”

Off the back of the test, Cameron jetted to Macau to compete in the KZ class at the Macau International Kart Grand Prix.

Held in hot conditions, Cameron qualified 12th for the final and ran as high as third in the all-important final before an incident dropped him down to an eventual fifth place finish.

“To finish my overseas trip in an invitational kart race at Macau was very cool,” Cameron added.

“I finished fifth overall against regular karters, so it was another great experience to have a crack against some of the world’s best.”