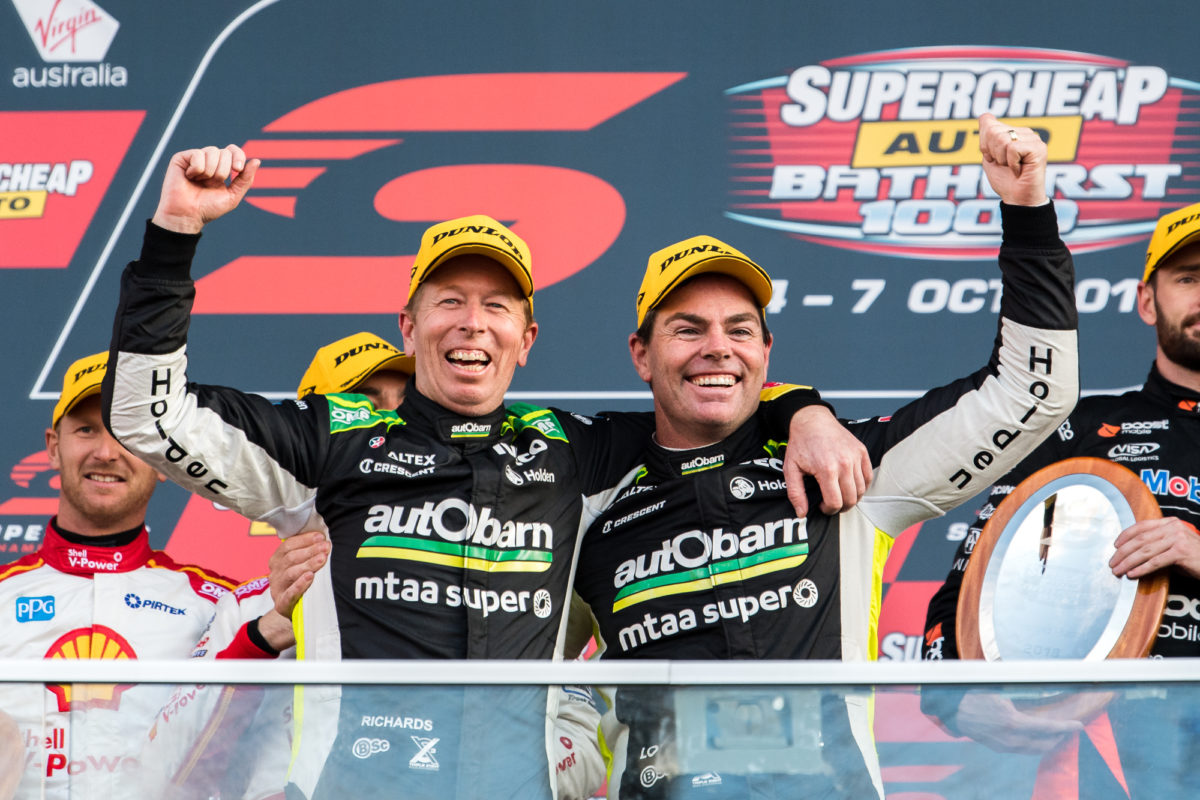 Steven Richards will leave the Supercars grid with his head held high after calling time on the racing component of his career in the series.

Richards made his Australian Touring Car Championship debut with Garry Rogers Motorsport in 1996 and enjoyed a full-time ATCC/Supercars career until 2010, spanning 14 full seasons, and a part-time campaign in 1998 after joining Nissan’s BTCC line-up.

Next year Richards plans to move into a relationship manager role at Team 18 which he will dovetail with racing in other categories.

Speedcafe.com editor Tom Howard caught up with Richards to discuss his call to retire from Supercars racing, his career and what the future holds for the likeable racer. SPEEDCAFE: So tell us how you came to make the decision to retire from Supercars racing?

RICHARDS: You’ve got to look at where you are in your career and what’s happening. I had chatted to Charlie (Schwerkolt, Team 18 owner) earlier this year about possibilities, not only with Irwin Racing, to see if moving forward there was any way I could be involved in a part-time role, with a transition over the next three to five years.

That grew a little bit and got a little bit closer with Charlie’s announcement to expand to two cars and needing staff, and then at one point we agreed to a part time two or three day a week role within the team.

But that changed a couple of weeks ago with the amount of weight that Charlie was having to acquire on his shoulders and how busy he is becoming.

It seemed like a natural thing. A couple of weeks ago he happened to mention that the (relationship manager) job would become full-time and I guess it was clearly obvious that there was no way that you could fulfil that obligation and do the correct job with Frosty (Mark Winterbottom) co-driving.

It just seemed to me the more I spoke about it, that my Supercar driving career is closer to the end than the beginning, and that it was too good an opportunity to pass up.

It keeps me involved in the sport that I love. It allows me to I guess, call on all of the skills I’ve learned over the past 25 years in the sport to keep building on the relationships that I’ve already got, and become part of a team on the rise. 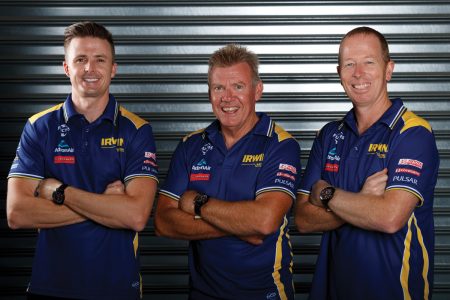 SPEEDCAFE: Can you tell us a bit about this role at Team 18? What does it entail?

The exciting part of the whole thing is that the role really is one that I can build into my own. We’ve got lots of recruiting going on at the moment and it’s a good time to be involved with the team.

Sure, there’s a lot of work going on in the background but great timing. I’ll be working alongside two good drivers with Frosty and Scott Pye and even being a sounding board for them.

The role gives me an opportunity to really put a stamp on lot of different areas of Charlie’s business.

SPEEDCAFE: Was it a tough call to say no to more Supercars racing, because you’ve probably still got a few years left in you?

RICHARDS: I think so. But you also have to look at the realities of where the sport’s heading. The guys are younger and for sure I still believe that I could do a good job in that role.

But also, if and when the time came to step aside, if you’d have said to me, ‘where do you see yourself beyond driving?’, well, I see myself exactly growing into a role like this.

The opportunities are too good to be stubborn about. It still gives me flexibility to go and do some driving, obviously not on Supercars weekends, but I get to apply all the skills I’ve learned over 25 years whether it’s driving, or from an engineering standpoint, to assist those guys and Charlie.

But day-to-day definitely my role and on race weekend is looking after our key commercial partnerships and securing those for the future and bringing on new ones. 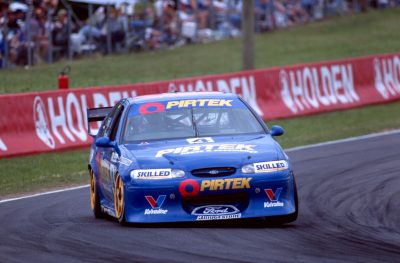 SPEEDCAFE: You’ve had an amazing career that has included five Bathurst 1000 wins, but what will you remember and look back on fondly?

RICHARDS: I’ve been looking at this and thinking about this and chatting to Ange about it and dad over the last couple of weeks. Yes, for sure the Bathurst wins are outstanding. Driving with Dad and finishing on the podium at Bathurst in ’97 with Garry Rogers was awesome and for him to give me a start was great.

Larry (Perkins) gave me a crack there for five years and of course Ford Performance Racing.

But probably when I look back, from 2003 to 2005 with Larry, we were really in contention for a championship back then.

I think in 2003 and 2004 in particular, we led the championship right up until Bathurst and we were definitely in the mix in those years. For one reason or another, whether it was me making a mistake or having a few reliability issues, we didn’t get over the line but they were great times. 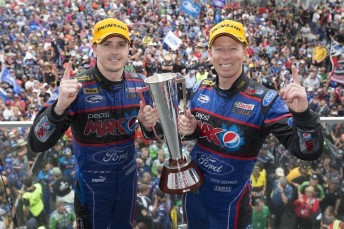 Driving with Frosty as a young bloke at Ford Performance Racing, he was as hungry as anyone I’ve ever come across. The team was massive, it hadn’t had a lot of success in the early years and then to win that first Bathurst with Frosty there, that was unbelievable.

But yeah, it’s funny, I appreciate the good times and the memories, but you only get a sore neck from looking backwards.

SPEEDCAFE: You mentioned about those years where you felt you were close to winning a championship. If there were any regrets looking back, is it that you didn’t quite get that title?

I’ve no regrets at all. We gave it as good a shake as we could give it at the time and we came up a little bit short, but we were competitive doing the best we could against the best in the business and we were doing a good job.

We can see throughout the history of Supercars racing that there are eras where teams dominate and we were involved in one of the biggest eras of HRT and Stone Brothers’ domination back then.

We were fighting for championships against them in what was definitely a team that had all the engineering prowess to do the job but probably not quite the funding as some of the others. But everyone’s got those stories. 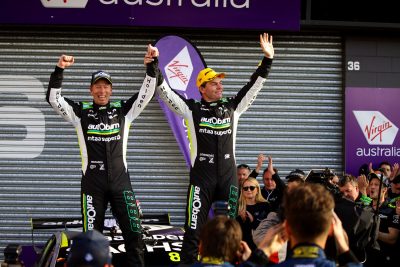 SPEEDCAFE: Obviously the Bathurst win with Craig Lowndes in 2018, his last as a full timer, that surely will be one that you’ll remember fondly.

RICHARDS: Absolutely, no question. The times that I spent with Lowndsey over those five years, they were great. And they were great for all of the obvious reasons.

But they’re also great because we had raced against one another a lot over our careers, we never really swapped too much paint other than me accidentally tipping him over at Calder in ’99.

We came into the sport at the same time and our careers have paralleled. We got on great as mates as much as anything, as much as the driving was good fun so was everything away from the track.

They’re all great times even going back over the whole thing with Frosty and FPR winning their first Bathurst, that was amazing.

There are lots of really good things that are really so special to me that not many others would know or appreciate and they’re the highlights for me. It’s not just about the results, it’s about the relationships that you forge over time and I think that while I may have swapped paint on a few occasions with different guys, I don’t have any hardships to tell and no one that would be disappointed with the way I behaved over the time. 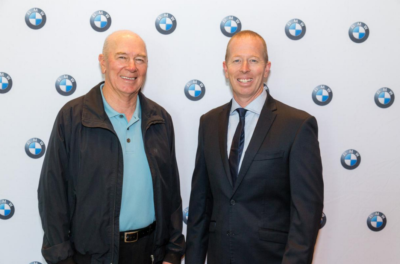 SPEEDCAFE: We see in motorsport it can sometimes be quite hard for a son of a great driver to live up to expectations. Did you ever feel that that was quite a tricky challenge given that Jim has been so successful?

I’d just go out every weekend to do the best I could and if that was good enough, great, if it wasn’t, I’d try and work harder to improve my weaknesses.

But it was always a case where people would always think what they were going to think about my performance regardless anyway, so directing any energy towards that it just wasn’t even on my radar. I was proud, I was more proud to be the son of Jim and his achievements than trying to live up to them and any result I could get was a bonus.

If you’d said to me as a 22-year-old kid joining Garry Rogers back in ’95, that I’d see what I have managed to, I would have been astounded. 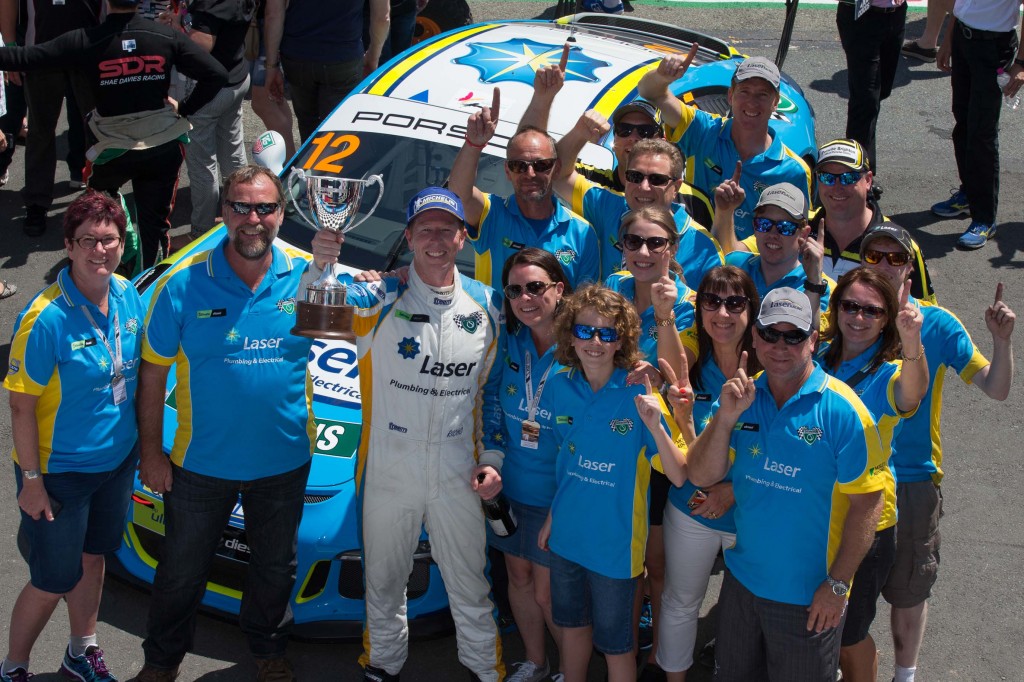 I think there’s been a Richards on the top step of the podium for the last five or six decades or something at Bathurst so that’s pretty cool. And hopefully, maybe in the future, we can give (son) Clay (Richards) an opportunity to live whatever dream he may have.

SPEEDCAFE: Talking of the future, obviously this is just the end of your Supercars career, what do you hope to do racing wise in the coming years?

RICHARDS: I definitely want to continue racing. I thrive on it, it’s what drives me. I’m pretty driven to do the best I can in whatever I do. So I’d like to keep doing that because it keeps my mind sharp.

How that looks at this stage, I’m not quite sure, but I’ve got great existing relationships with the sponsor partners that I’ve had through Steve Richards Motorsport and I don’t want those to disappear.

I want to, in some way, still be involved with those and it’s just a case now of looking to how those dots can be connected and what that looks like moving forward.