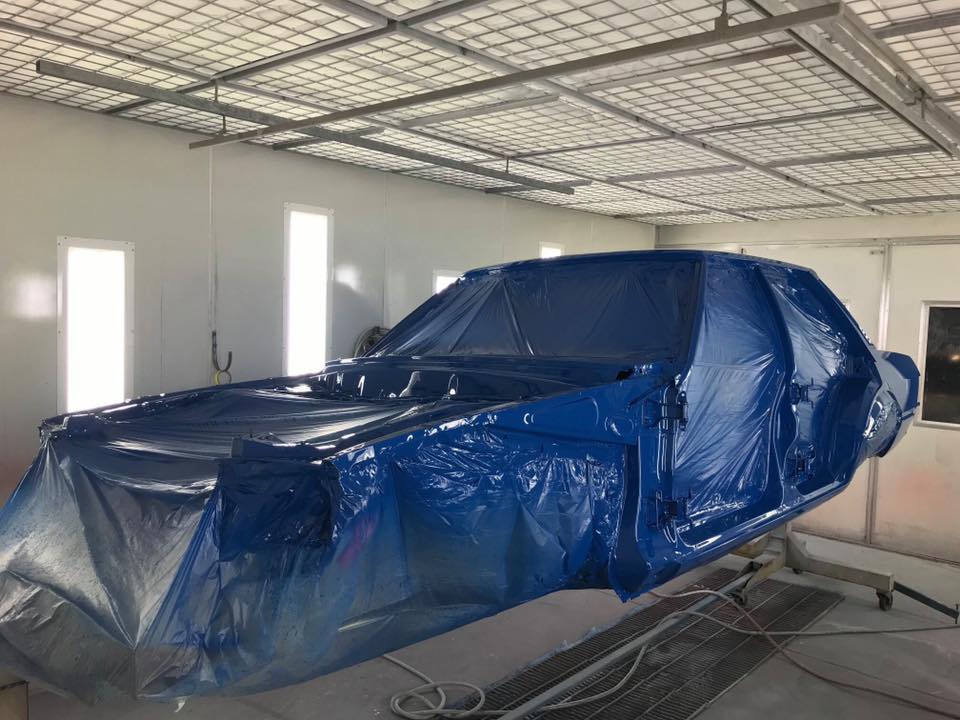 Team Johnson has offered an update on the build of its XD Falcon that is set to contest the 2020 Touring Car Masters.

The XD to be driven by Steven Johnson in TCM has reached the next stage of its thorough build process.

Team Johnson has already hinted that the TCM XD will evoke the appearance of Dick Johnson’s famous Tru-Blu Falcon, with the latest images showing the shell painted in the iconic blue colour.

The car is set to make its public debut at Queensland’s Lakeside Raceway on February 10 where the public can purchase hot laps with either Dick or Steve.

A post on Dick Johnson’s Facebook page that accompanied the images reads: “Let me tell you this thing is a sight for sore eyes and it’s progressing quite nicely. Robbo at Logan Village Smash Repairs has done a great job, so has King’s Fibreglass in making XD Mk 3 look the part.

“PACE Innovations have been awesome too. Next stop she goes to Torelli to put together, our Team Johnson chief mechanic and one of the best in the business.

“We still have some spots available at Lakeside when we get this thing on track in February.”

Next year’s Touring Car Masters campaign is set to kick off at the Superloop Adelaide 500 from February 20-23.