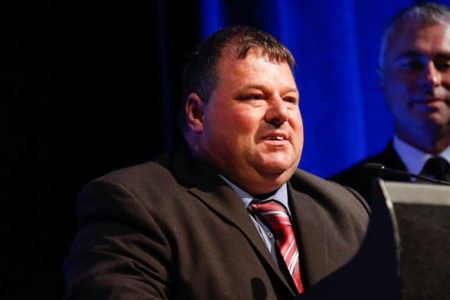 The FIA has named Australian Officials Commission Deputy Chair Robert Thiry as the FIA Best Track or Road Marshal of the season during the FIA’s prestigious FIA Prize Giving Ceremony in Paris.

The South Australian has spent more than 30 years contributing to the sport in almost every capacity across every level.

While Thiry has made a name for himself as an official both trackside and in race control, he also has spent a large portion of his career focused on the development and growth of fellow officials.

Becoming just the eleventh Australian in history to claim top honours at the FIA’s prize giving ceremony, Thiry was incredibly humbled to take out the award.

“It’s a big honour to win this award,” said Thiry.

“When Andrew (Papadopoulos, CAMS president) first told me that I had won, I was absolutely floored. I am not usually one that gets lost for words, but when he told me, it took me some time to compose myself and gather my thoughts.

“I could only muster up a thank you and at the time, I didn’t really know how big the award was, but when I did some research on it, I was amazed at what I had achieved.

“I didn’t know I was nominated. It was a big surprise and an even bigger one that I won it. To be recognised as the best in my field out of thousands of officials in 140 countries is just unbelievable.

“It’s extremely humbling because when I think about our own talented 10,000 officials, I am purely a representation of the quality of officials that we have here.”

Starting off as a flag marshal, Thiry’s devotion, knowledge and passion helped him rise up the ranks to get to his current position of Clerk of Course at many of Australian major circuit events.

His dedication also saw him gain nine official licenses, build the skill set of many local officials through facilitating training opportunities and play an integral part in the development and execution of the inaugural Officials Expo.

An important member of the CAMS International Training Team, travelling to both Bahrain and Singapore for their Grand Prix development, Thiry has previously been awarded a Service award and Service Star award from CAMS as well as the Castrol Australian Motor Sport Official of the Year award in 2016.

Despite holding such an impressive resume, Thiry dedicated his international award to the wider officials community within Australia.

“I actually see this award as a reflection of CAMS, our training and the greater motor sport family doing whatever they can for the love of the sport,” Thiry explained.

“For me, it’s not only what I have done but also what I am trying to do in the recognition of officials, promotion and development of officials.

“I don’t think the recognition is just for me, I see it as validation that Australian motor sport is on the right path and we’re doing right thing. For years, we’re being recognised not only on home soil but also in the rest of the world.

“I think this award, along with the many other Australians to have won at this level, shows the strength of Australian motor sport and how we manage our officials and the opportunities that we give them.”

Thiry will also be recognised at CAMS’ National Awards ceremony in February, 2020. 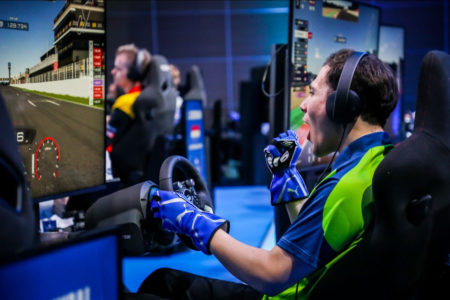 Thiry wasn’t the only Australian to be recognised during the prestigious ceremony, with Esports star Cody Nikola Latkovski acknowledged for his efforts during the inaugural FIA Motorsport Games in November.

The West Australian was one of 16 drivers to take part in the Digital Cup category and the 19-year-old’s superb strategy in the final race saw him claim Australia’s first gold medal at the games.

“On behalf of everyone at CAMS, we are extremely proud of both Rob and Cody Nikola’s achievements,” Papadopoulos said.

“Having an Australian official honoured at these awards every year since 2011 is a strong indication of the skills and dedication of all CAMS officials.

“The continued success of Australians on the global stage highlights the strength of motor sport in this country and we should all be proud of these outstanding achievements.”

Previous Story Stewart to continue with BJR in 2020