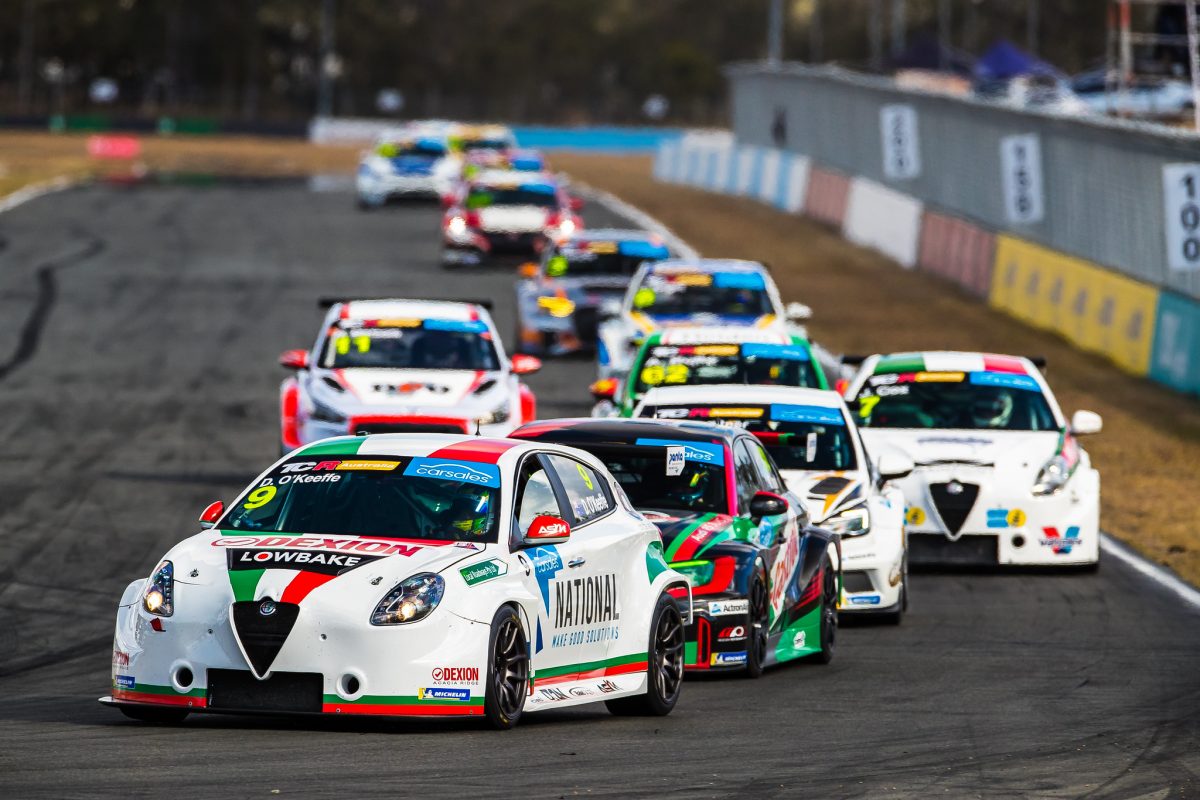 TCR New Zealand will operate under a revised calendar

The inaugural TCR New Zealand series has been pushed back to the second half of 2020 following confirmation of a new look calendar.

Organisers had originally planned to kick off the new two litre touring car class in January as part of a five week schedule racing alongside the Toyota Racing Series.

Promoter the Australian Racing Group has now revealed the series will begin in the second half of the season and run over five months until February 2021, with a trip to the Bathurst International late next year included.

The change has been made following feedback from competitors with ARG citing that teams are encountering delays in sourcing cars from Europe.

A detailed calendar is expected to be released in the coming weeks.

“We have had a number of overseas competitors who would like to be part of TCR New Zealand but were having difficulty with the original calendar,” said TCR New Zealand Category Manager Grant Smith.

ARG director Matt Braid maintains TCR New Zealand has created plenty of interest among prospective competitors and is confident the new series will be a success.

“The interest that we’ve had in TCR New Zealand has been extremely positive, however there have been some challenges securing the vehicles to launch at the level that we are comfortable with,” said Braid.

“Like TCR Australia, our intention has always been to ensure the championship launches with significant impact, and by making this alteration to the calendar, we know that TCR New Zealand will be a success in 2020 and beyond.”

ARG is working with New Zealand teams that were set to compete in the original calendar to seek opportunities to run in rounds of TCR Australia, in addition to the interest shown in entering the season-opening Asia Pacific Cup at the Australian Formula 1 Grand Prix in Melbourne.