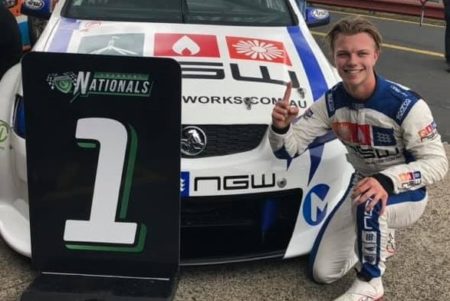 Brad Jones Racing will field Josh Fife in the 2020 Dunlop Super2 Series after the karting champion made his car racing debut with the squad in Super3 this year.

The 19-year-old progressed to the point where he won the final two races of the five-round season and finished fifth in the series, before completing an evaluation in one of BJR’s ZB Commodores earlier this week.

“I am really excited to step up to Super2 with Brad Jones Racing in 2020,” said Fife, who became the youngest driver to win the national KZ2 championship in 2017.

“I’m thankful for this opportunity and the new challenges it will bring. It’s a big step up from Super3, and I’m really looking forward to getting to race on street circuits.

“The field is full of very talented drivers so it will be a great chance for me to increase my skill level.

“I can’t thank Brad, Kim and my sponsors enough for the opportunity and I can’t wait to kick off the season.”

Fife will be eligible for the $100,000 prize for the winner of the Rookie Class which will be awarded next year, a point alluded to by team owner Brad Jones.

“I’m really excited at the prospect of Josh joining us and moving up into Super2,” said Jones.

“We finished the year off with his first win in Super3 and I feel like he’s going to be in a good position to fight for the Rookie of the Year Championship and I can’t wait for the season to start.”

Fife’s elevation follows that of Jack Smith from BJR’s Super2 squad to a full-season Virgin Australia Supercars Championship entry run by the Albury team next year.

Both seasons start at the Superloop Adelaide 500 on February 20-23.