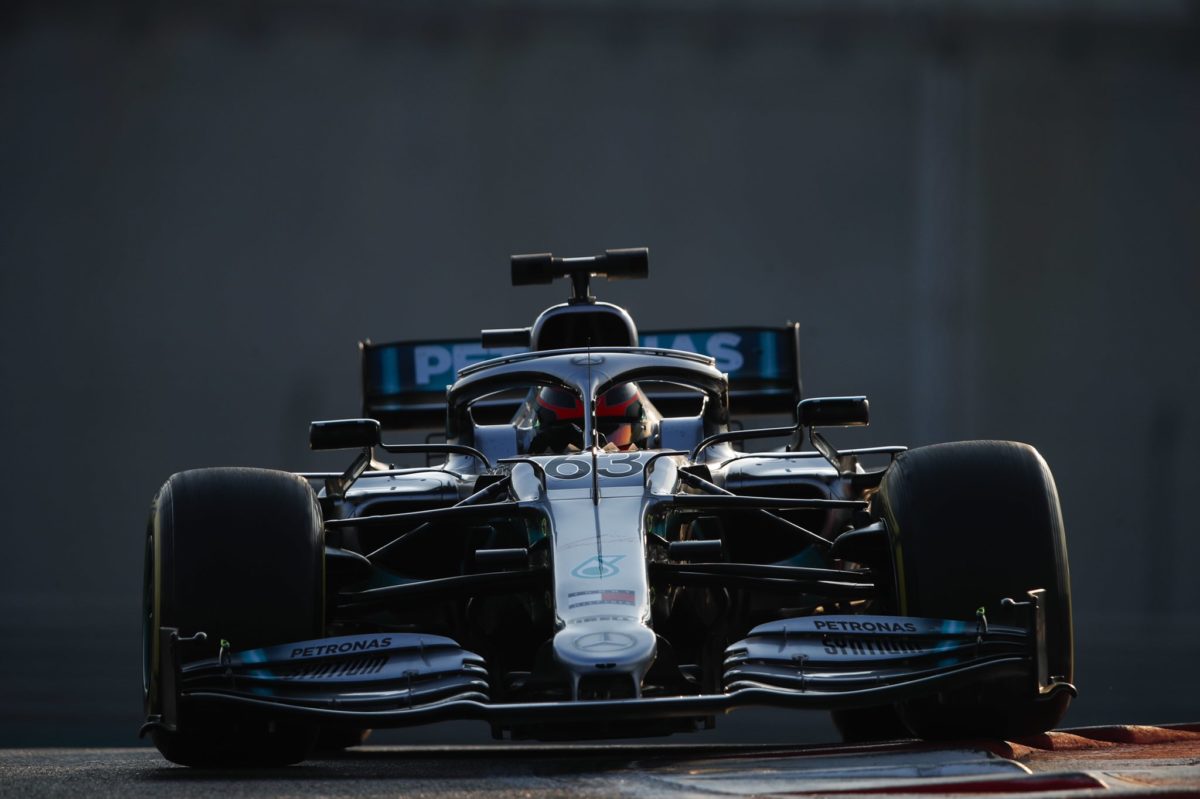 The Englishman banked a 1:37.204s to top the day by just under two tenths from Charles Leclerc, who had a spin which saw the Ferrari driver make contact with the wall at Turn 14.

Leclerc’s misdemeanour triggered a red flag, the Monegasque driver not returning to the track for the remainder of proceedings.

Third best was the Racing Point of Lance Stroll, who was 0.795s slower than pace-setter Russell.

For Russell, the performance saw his time more than three seconds faster than he’d managed at the wheel of his Williams the previous day.

His best time was set on the 2020 compound Pirelli C5 tyres, the ‘red’ side walled (softest) variant of the three compounds on offer.

Leclerc by contrast set his best on the 2019 spec rubber, with the field using a mixture of compounds and specs of Pirelli tyres.

Russell turned in 145 laps, the most of any of the 11 drivers in action, though Roy Nissany at Williams logged just 38 laps in a half day.

An incident between Stroll and Sainz saw the Spaniard have an incident with the aerodynamic measuring rakes fitted to his McLaren.