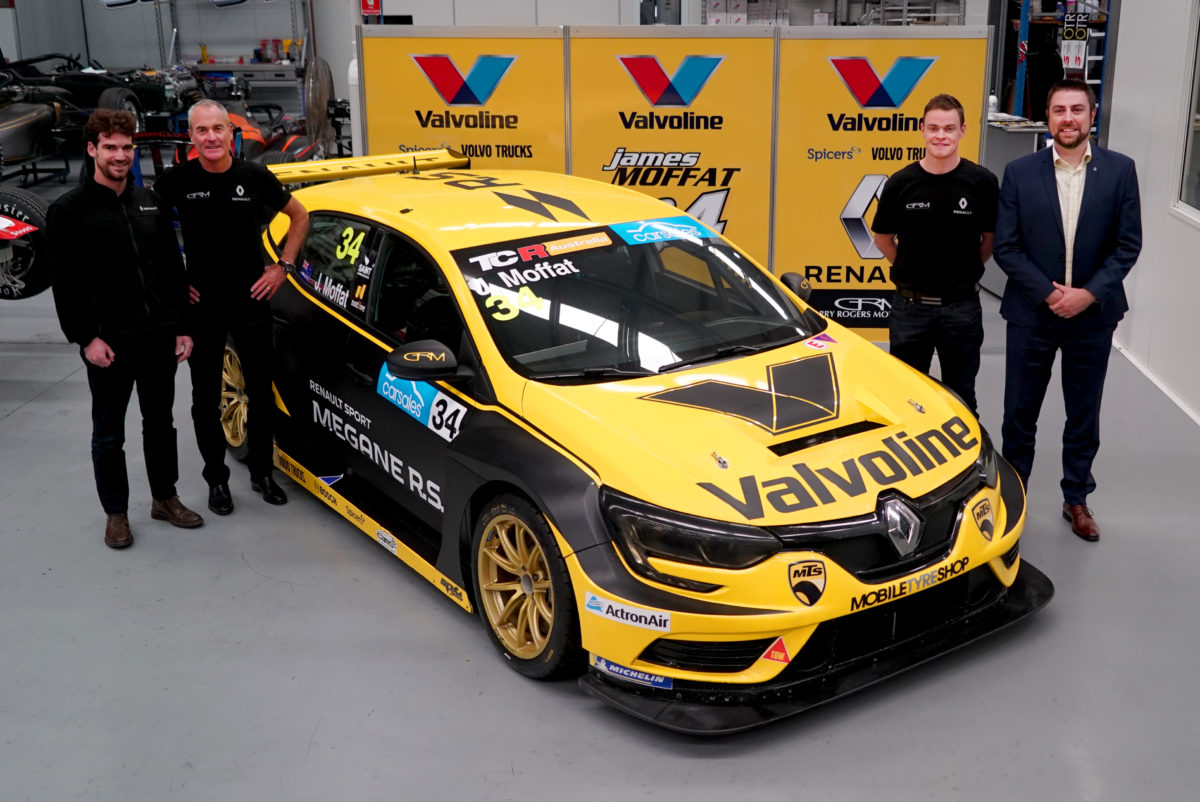 Renault Australia has committed its support to Garry Rogers Motorsport for the 2020 TCR Australia campaign.

The new sponsorship agreement will see the Melbourne team, that could run up to three Renault Megane TCR machines in the series, rebranded as Renault Sport GRM.

Renault Australia backed the squad mid-way through this year’s inaugural TCR Australia campaign and has now agreed to extend its support of GRM’s program.

The squad fielded two entries for James Moffat and Chris Pither with the former scoring four podium finishes on the way to sixth in the standings.

The expanded sponsorship deal will see Renault branding on the cars, including Moffat’s entry, while the team will continue to receive parts support and Renault Light Commercial Vehicles throughout the year.

“We are proud to announce our partnership with Garry Rogers Motorsport for the 2020 TCR Australia Series, and can’t wait to see the Renault Megane R.S. competing at the top end of the field in 2020,” said Anouk Poelmann, Renault Australia Managing Director.

GRM has confirmed it will run at least two Meganes in the series with a third car already on the way to Australia as previously reported.

Team director Barry Rogers says the renewed backing from Renault Australia will prove to be a boost for the entire squad.

“To have the backing of Renault Australia is something that provides GRM with tremendous confidence and belief,” said Rogers.

“Renault is a brand with unmatched Motorsport history being one of a very select group who have participated in Formula 1, World Rallying, Formula E and now the most relevant form of touring car racing in the world for manufacturers, TCR.

“As a family owned race team that was established by my Dad, Garry in 1963 we have tremendous pride in representing Renault Australia, the Renault dealer network and most importantly Renault owners as we travel the country racing our Renault Megane R.S.

“TCR is the globe’s fastest growing Motorsport category which now has 36 Championships worldwide including the FIA World Touring Car Championship. Considering that TCR’s single European Championship was in 2015, this growth illustrates the enormous popularity of the series.”

The 2020 TCR Australia series will contested over seven rounds that will be broadcast live on the Seven Network.