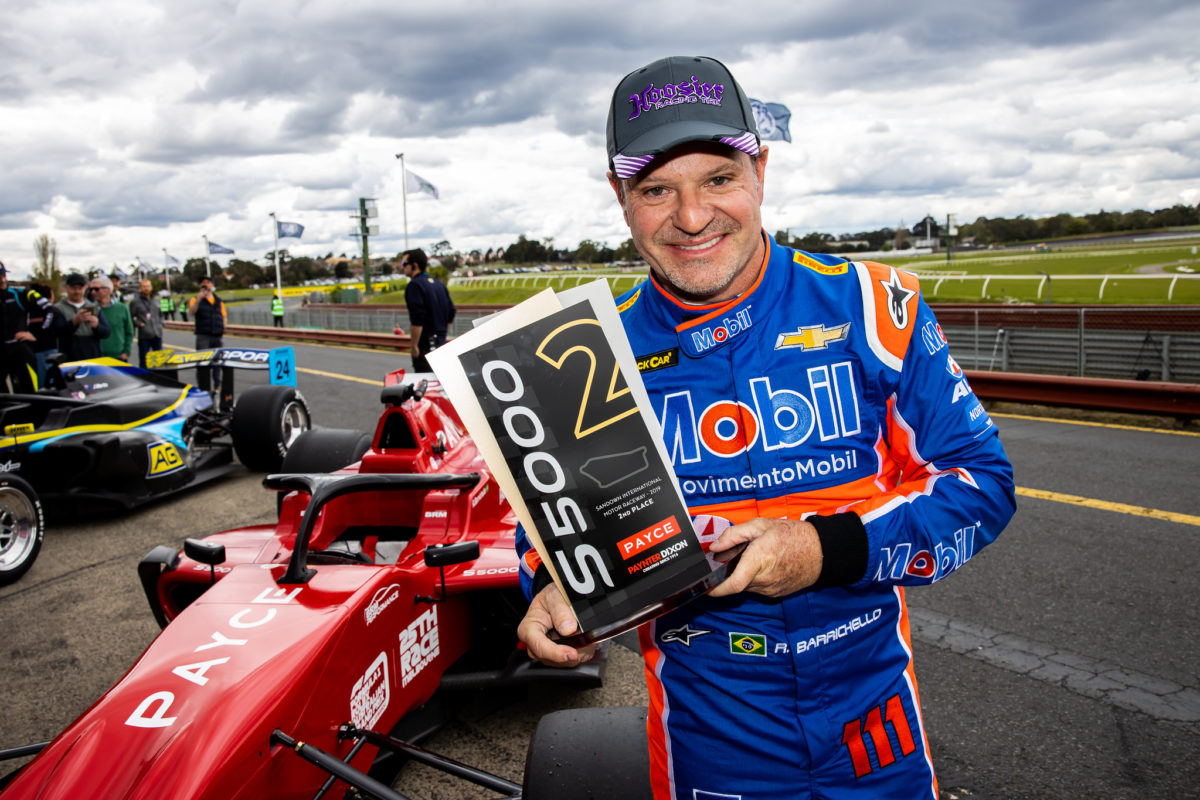 Formula 1 race winner Rubens Barrichello has taken on a pseudo mentor role with Thomas Randle after the pair met in September.

Barrichello visited Australia as he took part in the inaugural S5000 event at Sandown, spending time on Randle’s simulator before taking up an invitation to visit Tickford Racing.

The two struck up a relationship that has since blossomed into the Brazilian veteran offering to analyse the Pirtek Enduro Cup co-driver’s data.

“On the Friday at Sandown, he came and used my simulator at my dad’s workshop,” Randle explained to Speedcafe.com.

“He just said, ‘Ah, yup, here’s my number,’ because he was interested in a piece of my helmet, the forced air vent, because he races those Brazilian stock cars.

“I end up giving him a set of mine, And we’ve kept in contact ever since.

“He likes to send voice recordings, or voice memos, and he said, ‘If you need any help with anything, send me some data, send me some onboard, and yeah, I’ll try and help you out where I can.’

“That why he’s got to where he has. He’s so professional about what he does, and he has fun at the same time, and he’s got time for everyone.

“That’s what you want in a professional racing driver.”

Randle this year competed in the Super2 Series which he dovetailed with a Supercars wildcard outing and a co-driver role alongside Lee Holdsworth, before making a one-off outing in an S5000 at The Bend.

There he raced to second having been fastest in qualifying on debut in the open wheel series.

Barrichello is expected to return to Australia as part of S5000’s supporting role to the Formula 1 Australian Grand Prix in March.

With Randle unsure of his future, and a full-time drive in S5000 a serious consideration for 2020, it could see the two on track together for the first time.

Next Story Bottas fastest as testing begins in Abu Dhabi

Previous Story POLL: How does Ricciardo's 2019 stack up?