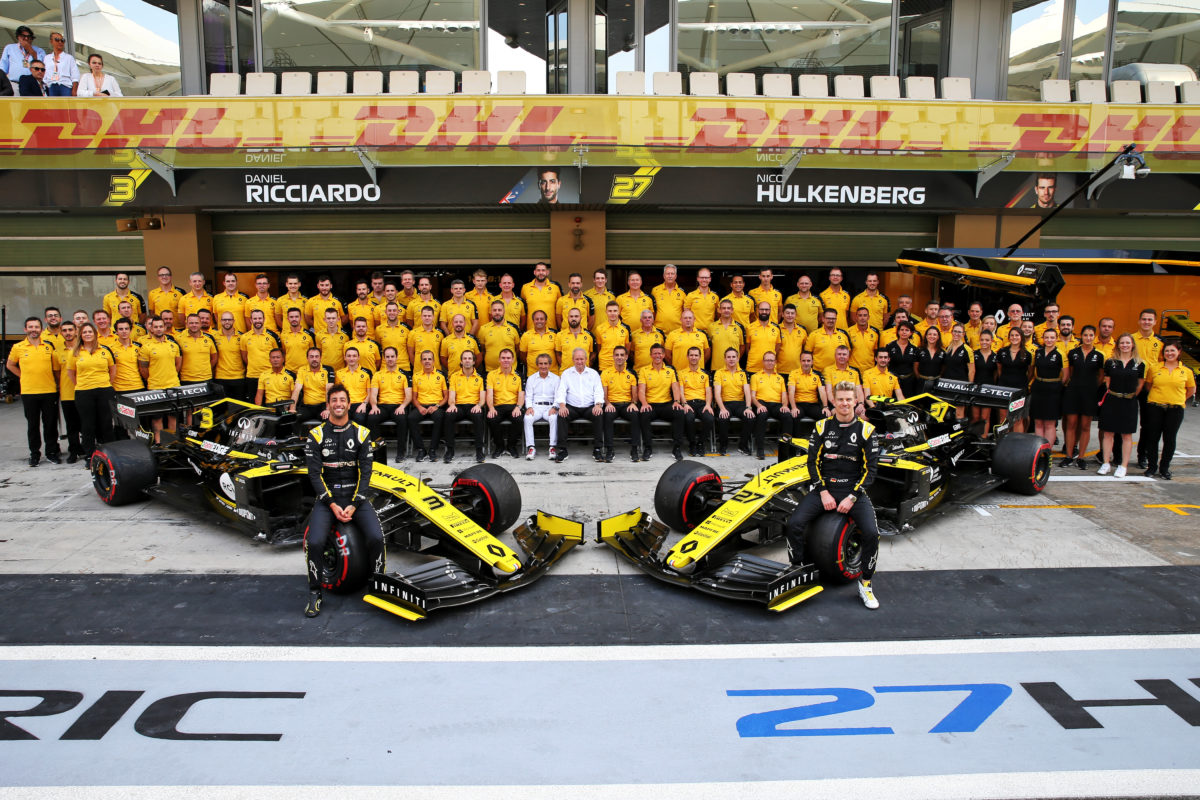 Renault has ended the 2019 Formula 1 season fifth in the constructors’ championship despite what team boss Cyril Abiteboul described as an ‘exasperating race’ in Abu Dhabi.

The Anglo-French squad headed into the season finale with a slender eight point advantage over Toro Rosso in the teams’ fight, a tussle worth in the region of $15 million AUD.

At the chequered flag that difference had reduced to six points courtesy of a ninth place finish for Daniil Kvyat, but meant Renault secured fifth in the standings even though neither Daniel Ricciardo nor Nico Hulkenberg scored points.

“Today was on the one hand a race like 20 others in the season, but on the other a race where we had the imperative objective to secure a championship position and we did it,” said Abiteboul.

“It was an exasperating race and we saw the current rules of starting on the qualifying tyre again penalising teams from P7 to P10.

“This was aggravated by being blocked behind McLaren and DRS not working due to an FIA technicality, meaning we were in dirty air at a critical part of the race, effectively another penalty.”

Renault’s final tally of 91 points came courtesy of 54 accrued by Ricciardo and 37 by Hulkenberg.

The German had been on target to add another point to that total heading into the final lap in Abu Dhabi, only to drop two spots in what, for the moment, is his final lap in Formula 1.

“We threw everything at it today and it was a shame not to score any points,” Hulkenberg said.

“The one-stop strategy was hard to pull off and my tyres were degrading too much at the end.

“Still, we had positive race pace and were very much in the fight until the end. It was a worthy final race for me with the team. I crossed the line with good feelings.”

Ricciardo ended the race 11th, having stopped a second time for tyres before charging back up the order in the closing laps.

“We struggled a little on the hard tyre after the first stop, which was a shame, and at the end I tried to make up the ground on the faster tyre, but we just ran out of time.

“Although, looking at the bigger picture for us, it was a positive that we managed to secure fifth in the constructors’ championship, which was our goal coming into the weekend.”

Ricciardo will be joined by Esteban Ocon at the team next season, with Frenchman set to return after a year out of Formula 1.

He will make his first appearance for Renault at the post-season test in Abu Dhabi, officially joining the team today (December 2) ahead of the test which begins on Tuesday.

Next Story Mostert: I wouldn't be a Supercars driver without Tickford