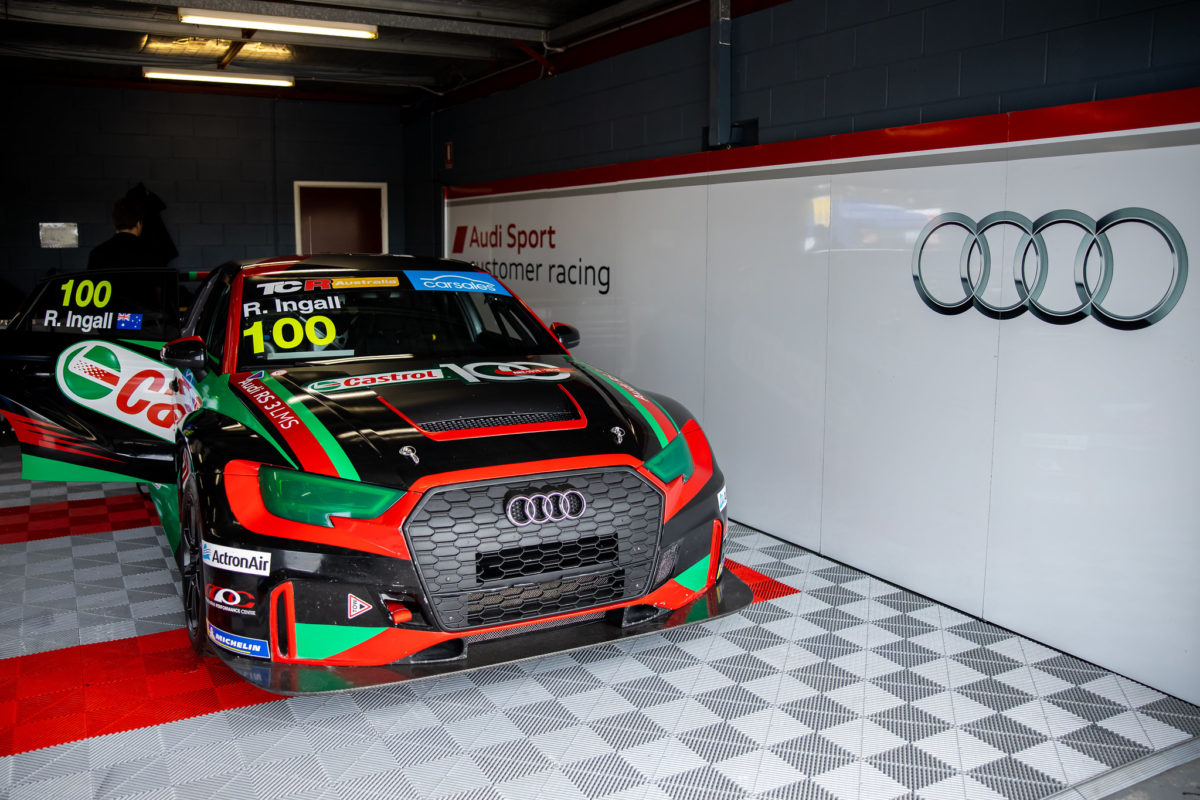 Melbourne Performance Centre is this week set to take delivery of another Audi RS 3 LMS which it hopes to field in the 2020 TCR Australia Series.

MPC fielded a bevy of cars throughout 2019 including three Volkswagen Golfs (operating two for Jason Bright), three Audis, while supporting the Garage1 run Cupra Leon at The Bend season finale.

The operation has ordered three cars for TCR New Zealand which begins at Highlands Motorsport Park next month, its condensed calendar running through to February.

The new car was set to arrive last week, though delays have meant the team now expects to receive it this week.

“We’ve got another car coming. So, that’s on the water,” team boss Troy Russell told Speedcafe.com.

“That’s another Audi. We’ve sold three to New Zealand now, so we may see a few of them coming to race (in Australia).

“At this stage I think their plan is to maybe one or two cars for the first three events, being the Grand Prix, Eastern Creek and Bathurst.

“I think you’ll see some of the New Zealand cars come and bolster the grid as well. I think it’s looking good.”

Barry Rogers has previously confirmed that his team is expecting to take delivery of another Peugeot 308, while a second Cupra Leon is also understood to be en route to Australia.

There are a host of others rumoured to be heading Down Under too, leaving Russell to echo Rogers’ suggestion that the grid could expand to as many as 30 cars next season, a claim has been boosted by the announcement of a free-to-air mainstream television deal with the Seven Network.

“That’ll definitely help get a few deals across the line, but, obviously, the calendar’s great,” said Russell.

The 2020 TCR Australia Series kicks off as a support category to the Formula 1 Australian Grand Prix in Melbourne on March 12-15.