Home » Supercars » Mostert: I wouldn’t be a Supercars driver without Tickford

Mostert: I wouldn’t be a Supercars driver without Tickford 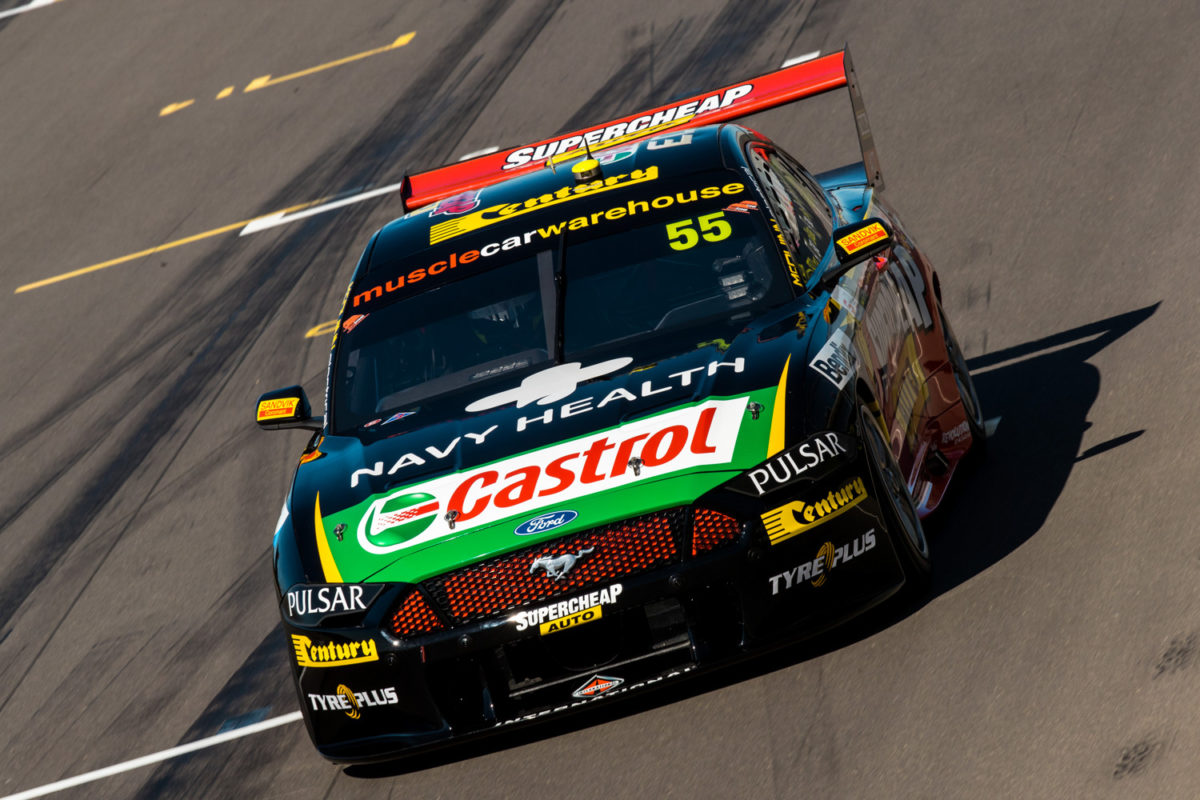 Chaz Mostert believes he wouldn’t be a Supercars driver today had Tickford Racing not picked him up in 2011.

The glowing tribute to the Ford squad arrives after confirmation Mostert will leave the operation after more than eight years service to join Holden squad Walkinshaw Andretti United on a multi-year deal.

After winning the 2010 Australian Formula Ford title, Mostert contested the opening five rounds of the 2011 Super2 campaign for Miles Racing before being picked up by Tickford, then known as Ford Performance Racing, for the final two meetings.

Mostert went on to finish third in his first full FPR Super2 campaign in 2012 and while still contracted to Tim Edwards’ team he was loaned out to Dick Johnson Racing for the majority of the 2013 Supercars Championship.

It was there he took his maiden race win at Queensland Raceway before returning to his parent team, where he went on to enjoy six seasons, winning 12 races, including the 2014 Supercheap Auto Bathurst 1000, on his way to becoming one of the most talented drivers on the grid.

Excited by what the future holds at WAU, Mostert admits that he may never have enjoyed a Supercars career as his funding had dried up before being handed a lifeline by Tickford boss Edwards.

“(The) guys at Tickford, the big one, Tim Edwards, I wouldn’t be a Supercar driver today without them,” Mostert told Speedcafe.com when asked about the emotions of leaving Tickford Racing.

“They really brought me through development series where I was pretty much done and out, family support had pretty much dried up and some outside support as well.

“To get in with Tickford, or FPR at the time, in development series, those guys really tucked me under their wing and saw something a bit more in me and someone with a future. I wouldn’t have been a Supercar driver today without those guys.

“It is tough (to leave), (I’ve had) a long association with those guys, but saying that, I think it’d be good for them and myself that there’s some fresh influence around the place and move against the way of being as family to competing against each other.

“It’ll be a lot different next year for me and them and it’ll be a lot of fun as well. We’ll see what they’re like competing against instead of being in the team.”

Looking back on his memories at Tickford, the Bathurst triumph stands out, but Mostert says most of the highlights are not his own personal achievements.

“Without a doubt (the Bathurst win is a up there),  but I mean not just the Bathurst win, being along for a lot of their journey,” added Mostert, when asked for his highlights while a driving for the team.

“To see all the people and the highs of that and then to back it up at 2014 was obviously very special as it was driving the car to win a race.

“To see the whole team win a championship in 2015 too, that was pretty special to be part of and see as well.

“A lot of the highlights aren’t probably my own personal results, but as a team it was very special to be involved in that period for those guys.”

Equipped with a new team for 2020, Mostert is fully focussed on creating more memories in his new surroundings.

“I’m up for the challenge and excited to be part of a bit of a smaller team as well,” he said.

“I’m just excited for the new challenge and go ahead with something different.”

Mostert is likely to steer a ZB Commodore for the first time early next year.