Home » Formula 1 » Ricciardo: “We were a long way off” after practice

Ricciardo: “We were a long way off” after practice 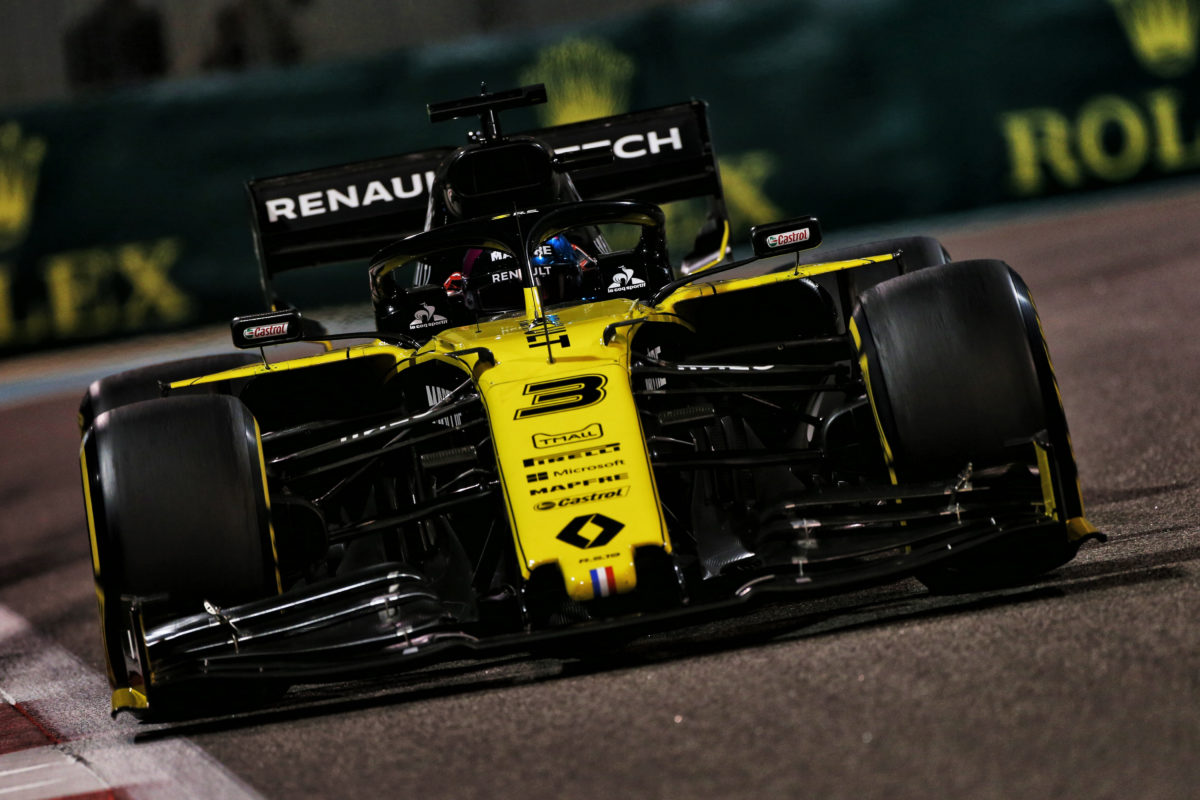 Daniel Ricciardo has labelled qualifying for the Formula 1 Abu Dhabi Grand Prix a big result for Renault after it had been “a long way off” after Friday practice.

Ricciardo qualified eighth but will start seventh after Valtteri Bottas is relegated to the rear of the grid for taking new engine components.

His performance, and that of Nico Hulkenberg who will start ninth (having qualified 10th), came after a tough opening day of practice which saw the Australian suffer an engine failure in Practice 1.

Both Renault drivers then struggled for pace in Practice 2, finishing the session down the order with the team unable to generate tyre temperate.

“Yesterday we were struggling, and scratching our heads after P2. We were a long way off,” Ricciardo admitted to Sky Sports.

“To come back and have both cars in Q3 was big for us.”

Having set a time just 0.02s slower than Norris, Ricciardo even suggested there were areas of his lap he could have improved on.

“Sometimes you’ve got to go slower to go faster, but part of me is like maybe I was too slow on some braking points.

“The thing is the next lap you try to brake two metres later and you’ve over cooked it. It’s such a fine margin.”

Renault is locked in battle with Toro Rosso for fifth in the constructors’ championship, the two squads split by just eight points.

By contrast Renault’s best result has been a fourth place, coming at the Italian Grand Prix for Ricciardo who was chased home by Hulkenberg in fifth.

A team’s final championship position comes with significant financial incentives, worth millions, making it the battle a critical element for Renault this weekend.

“There’s been a bit of emphasis on it (constructors’ championship) this weekend,” Ricciardo admitted.

“Bit of pressure on everyone to stay in front of Toro Rosso.

“Now, honestly, the target is (McLaren). I think we can have a really good race with them. Ideally we race with them and that keeps us always ahead of our battlers behind us.”