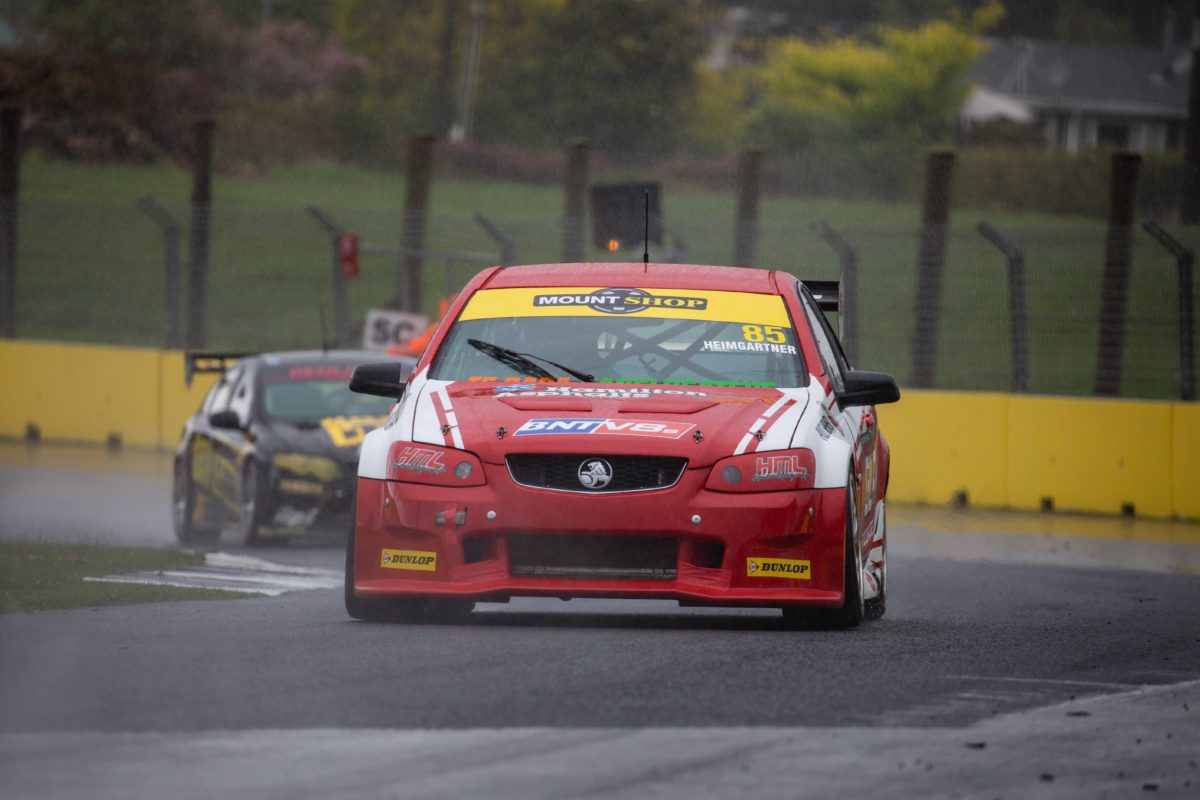 Heavy rain forced the abandonment of the final BNT V8 race of the weekend at Pukekohe but not before Andre Heimgartner could add to his wins tally.

Heimgartner opened the season with victory in Saturday’s race, adding another on Sunday morning before the weather closed in on the circuit.

Conditions looked to be improving as the field lined up for the final race of the weekend, before quickly turning once the race got underway.

Having started on slicks the Safety Car was initially deployed before officials called the field in for a switch to wet weather tyres.

However, conditions continued to deteriorate and amid heavy rain the decision was taken to abandon the event with no winner declared nor points awarded.

“The weekend was good fun, was good to be back here and racing, and the Auckland weather certainly playing its part!” said Heimgartner.

“The call by the officials was certainly the right one.”

“Good to get two wins, and got pole which was a good start to the weekend. Hopefully we can do it again and have another clean weekend at the next round.”

Alexandra Whitley claimed second for the round ahead of Brad Lathrope, while Justin McIlroy claimed BNTV8s Lites honors and Sam Collins the BNT V8s Open class.

The next round of the BNT V8s will return in Pukekohe in January.