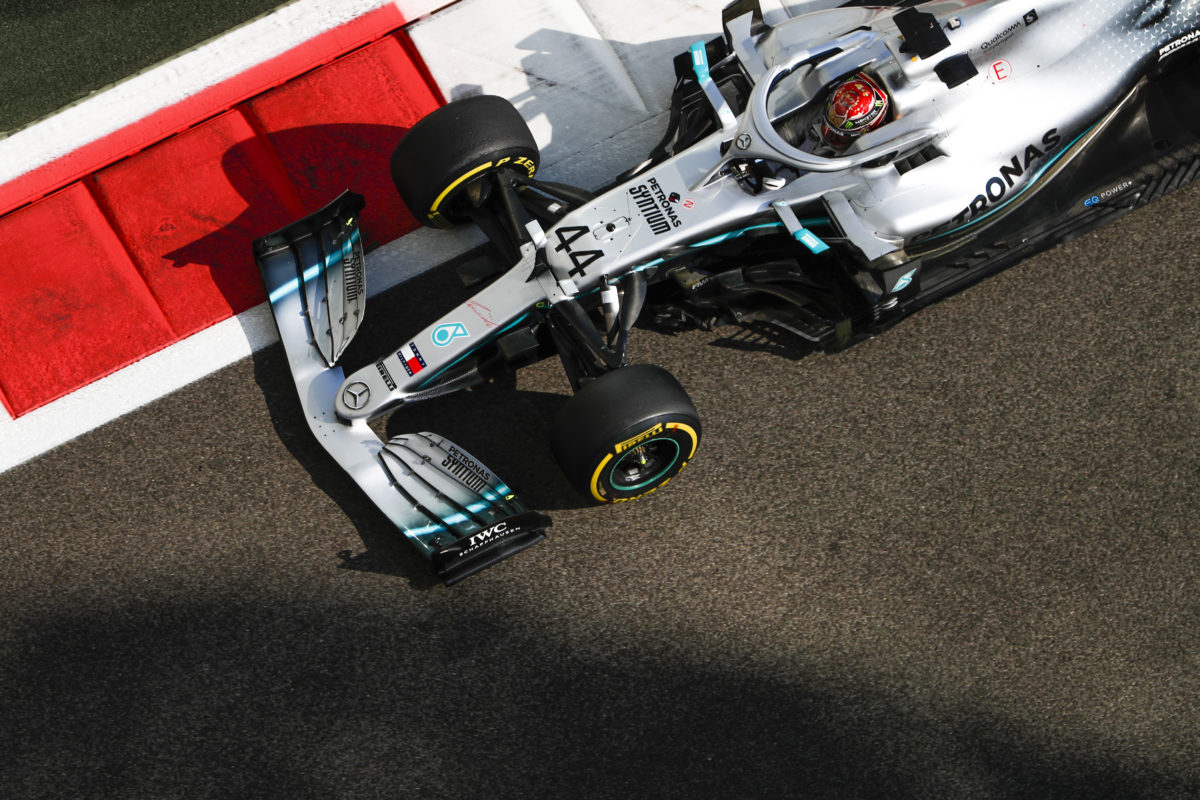 The Englishman headed a Mercedes one-two in the session to take his first pole since the German Grand Prix.

Third went to Max Verstappen, though the Dutchman will start second as engine penalties will send Bottas to the back.

Sebastian Vettel had a spin midway through the opening session, lighting up the rear end as he exited the final corner to begin his first timed lap.

It left the Ferrari pointing the wrong way on the front straight just as Hamilton completed a flyer.

The German duly completed another lap to set the fifth best time to that point, moving him well clear of the drop zone but seven tenths off the outright pace.

Already fastest, Hamilton opted for a second run in the second half of the session, improving on his time and bumping Bottas, who’d gone fastest just seconds prior.

It saw the benchmark lowered to 1:35.851, four tenths quicker than the early pace as the track quickly evolved.

In the final flurry it was Romain Grosjean, the two Alfa Romeos (Antonio Giovinazzi over Kimi Raikkonen), and two Williams who missed the grade.

With George Russell ahead of Robert Kubica it saw the Englishman out qualify his team-mate in all 21 of the season’s events.

Though he’ll start from the rear, Bottas pushed in Qualifying 2 to set a time just 0.040s slower than Hamilton’s best on a set of the medium compound tyres.

As has become the custom, the leading protagonists all set times midway through the session before heading out on a set of the soft compound tyres as an insurance policy.

None improved, all slowing as they approached the flag to ensure they start Sunday’s race on the medium compound rubber.

The one exception was Leclerc, who headed out on medium tyres for his final run to set the fastest time, 1:35.543 just under a tenth quicker than Hamilton had mustered.

Hamilton kicked off proceedings with a 1:34.828s on his first flying lap in Qualifying 3, leading Verstappen by three tenths, Bottas half a tenth further back and Leclerc just 0.03s slower again.

As the clocked ticked down Leclerc reached the line just after the chequered flag had fell, preventing the Ferrari driver from attempting a second flying lap late in the session.

The Ferraris were line astern approaching the line, in turn tucked up behind Alex Albon as all drivers looked to find clear track in the dying seconds.

Hamilton did improve with his second effort, 1:34.779s, with Bottas joining him on the front row.

Verstappen slipped to third in the final reckoning over Leclerc while a scrappy lap from Vettel locked him in to fifth.

Next Story Ricciardo: "We were a long way off" after practice