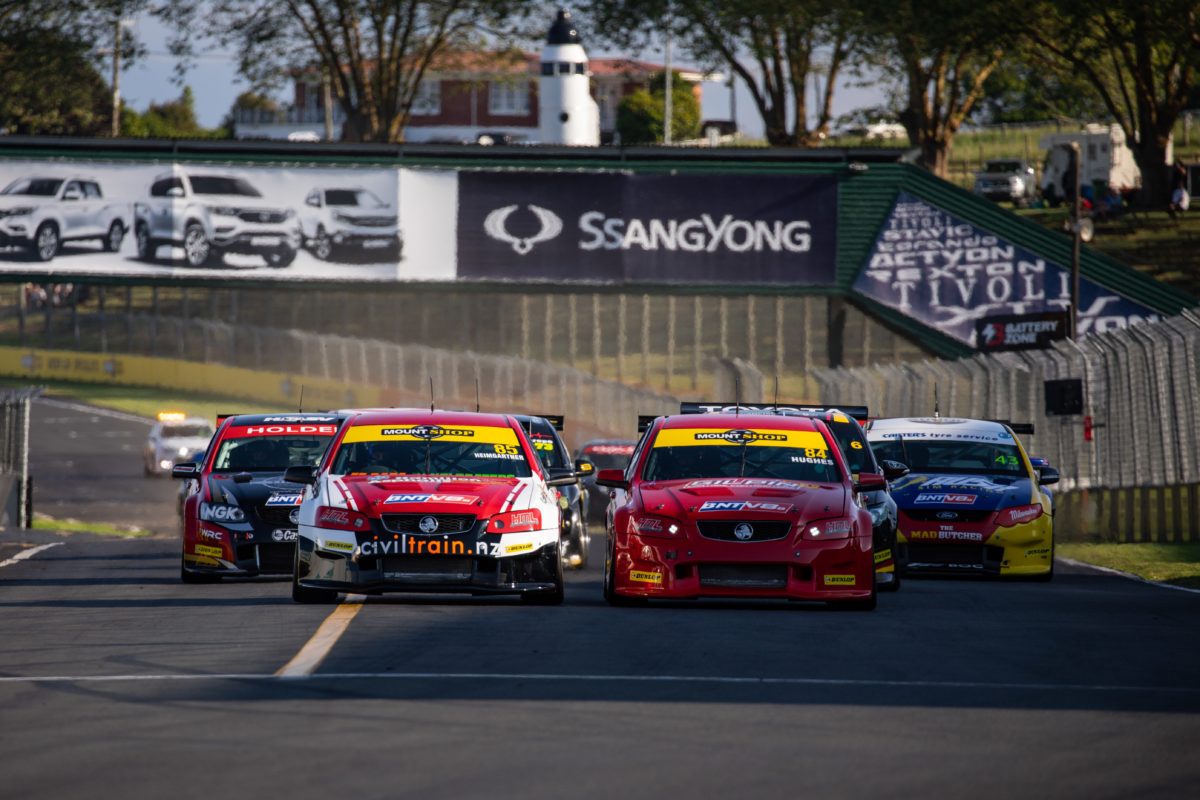 Andre Heimgartner claimed victory on return to New Zealand’s BNT V8s in the opening race of the season at Pukekohe.

“Good start to the weekend with a pole position and a win, the Mustang of Sam Collins was pretty fast there. Had a good battle with Lance too,” said Heimgartner.

“I saw Lance coming, and just got out of the way, I didn’t want to damage either of the cars as they are both his!

“Looking forward to the next two races tomorrow.”

Heimgartner led the field from the green flag from Hughes on the outside while Alexandra Whitley was quick to put a move on Wallace for third.

The leading duo then skipped away from the field in the opening stanza as Collins demoted Wallace and Whitley in quick succession.

Cast out wide, Whitley lost out at the hairpin and ceded another position to Wallace.

A challenge from Hughes saw him move by Heimgartner at Turn 5, only for Heimgartner to reclaim the spot with an almost identical move a lap later.

Hughes then lost ground to Heimgartner on Lap 6 when Collins got in on the battle for the lead of the race.

Whitley was handed a class podium on Lap 8 when Wallace spun at Turn 4, eventually dropping to seventh in the outright order.

Blair McDonald was fourth overall (second in BNT V8s Open) while Whitley completed the top five and was third in the BNT V8s podium.