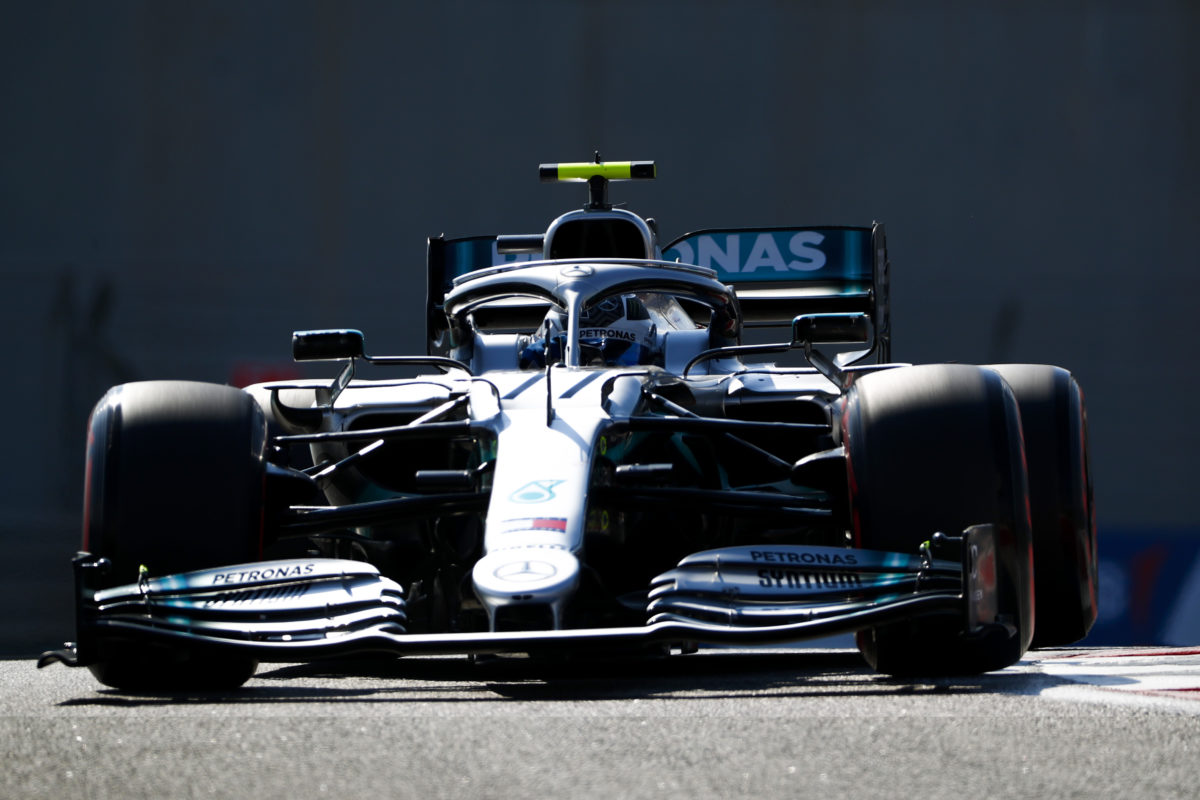 Valtteri Bottas was in command of the opening day’s running at the Formula 1 Abu Dhabi Grand Prix after topping both sessions.

The Mercedes driver went half a second faster than Max Verstappen in the opening session, before ending Practice 2 three tenths up on Lewis Hamilton.

Bottas chalked up 52 laps across the two sessions ending the day with a best of 1:36.256s.

His Mercedes team-mate was second fastest for the day after conditions improved in the second 90 minute hit-out, though only narrowly over Charles Leclerc.

However, it was far from plain sailing for Bottas after he clashed with Romain Grosjean in Practice 2, officials deeming the Finn at fault.

Looking to dive underneath the Haas driver at the end of the second long straight making contact as Grosjean attempted to make the corner.

According to stewards, “Valtteri accepted responsibility for the collision and acknowledged that it was a failed attempt at an overtake which resulted in the collision”.

Stewards elected to hand Bottas his first reprimand of the 2019 season while much of Grosjean’s Friday work was put to waste as his car will change spec in order to effect repairs.

It made for an eventful opening day at the Yas Marina circuit which also saw Sebastian Vettel crash out of opening practice and Daniel Ricciardo suffer an engine failure.

The Australian’s engine cried enough after an hour of Practice 1, halting proceedings for 10 minutes when his car detonated.

Though pulling off the road immediately, it left a trail of oil, and debris, that forced a mid-session clean up.

Down on pace, Vettel’s opening session ended against the wall at Turn 19, the 90 degree left hander exiting the hotel.

The Ferrari driver lost the back end of his car and was pitched into the fence in the closing minutes of the session which he ended fifth, 1.9 seconds off Bottas’ pace.

Times condensed in Practice 2, with the top five covered by a second versus only the top three in Practice 1.

Ricciardo set a best of 1:38.400s which was good enough for just 16th, following on from his shortened opening session that left him 19th.

Previous Story Sainz would have been 'really angry' without podium