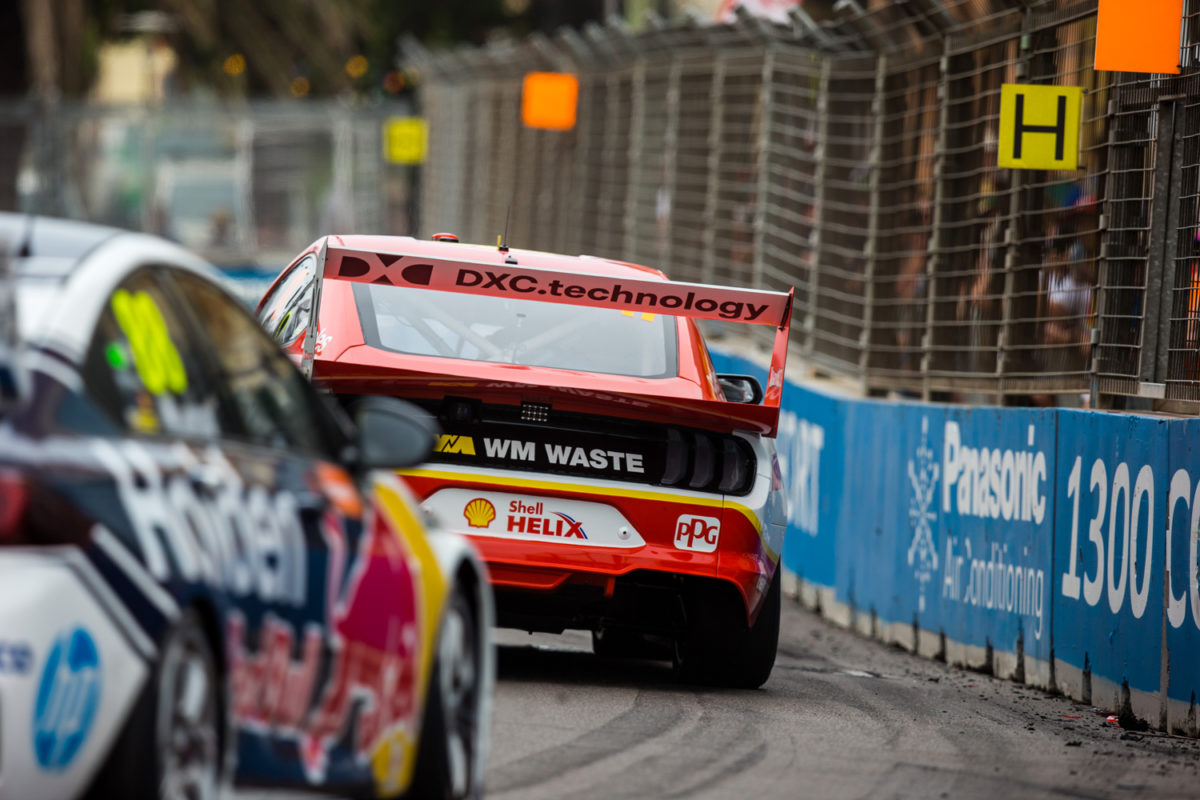 The maximum rear wing angle will be reduced for 2020

Supercars has confirmed how it intends to reduce downforce by approximately 12 percent on the cars next season ahead of next week’s VCAT (Vehicle Control Aerodynamic Testing) homologation process.

The championship has been investigating ways to cut aerodynamic dependency in a bid to improve the quality of the racing and avoid a repeat of the parity dramas that have beset the 2019 campaign.

It has now been confirmed that a 12 percent reduction is the target Supercars is aiming to achieve across the Ford Mustang and Holden ZB Commodore models, which will be re-homologated.

Combined, the changes should in theory allow the cars to follow each together more closely and increase overtaking.

These targets will form a key part of the revamped VCAT homologation process which will begin in earnest on Monday.

This year’s VCAT will use an active damper system, which can simulate numerous ride height settings to fully understand the effects of aero.

It has been described as the best way to homologate the cars without the use of a wind tunnel, with Supercars hoping it will put an end to the run of in-season parity changes that have occurred this year.

The process kicked off this week with homologation teams DJR Team Penske and Triple Eight delivering a car to Supercars’ technical team.

Both cars have been checked and have conducted shakedown runs at Southport Flying Club.

The cars will then travel to the Army Aviation Centre Oakey in Queensland on Sunday before a full week of runway straight-line tests, running against a mule FGX Falcon which Supercars has been using as a benchmark for its 2020 aero changes.

All the cars will go through a series of ‘ride height sweeps’ and ‘configuration sweeps’ to understand the impact of different set-ups on the aerodynamics.

The information will then be used in conjunction with CFD (computational fluid dynamics).

“It (The VCAT process) began Monday this week with scrutineering of the cars, commissioning of the Active ride system, set up and calibration of all sensors,” Burgess added.

“Then there was shakedown runs of each of the cars at Southport Flying Club before moving to Oakey on Sunday for running all of next week.

“We aim to be finished end of next week, the aim is to reduce downforce as much as we can using the current hardware but with the addition of the undertray packer to reduce the tunnel angle down from 11 degrees to 3 degrees.”

The outcome of the VCAT is likely to be known early next month.