Series winning season could have been Fullwood’s last

Series winning season could have been Fullwood’s last 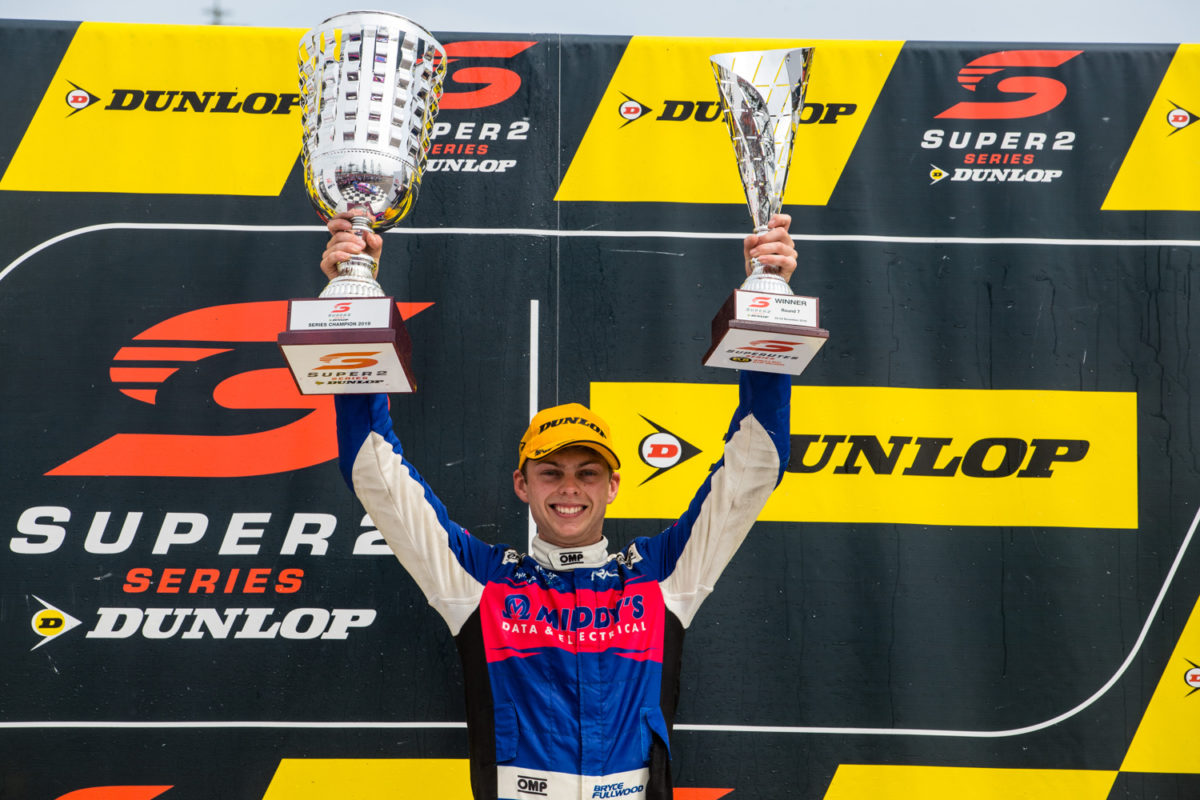 Likely Supercars Championship graduate Bryce Fullwood says this season could have been his last in professional motorsport had he not performed strongly in Super2, where he ultimately took the title.

Fullwood dominated this year’s Dunlop Super2 Series with six race wins and a total of 11 podiums out of 14, giving him an unassailable lead with a round to spare.

The performance was a stark contrast to that of 2018, when he finished 17th in the standings with a best race result of ninth at Matt Stone Racing, which was battling more broadly with growing pains as it moved into the top tier.

Fullwood returned to MW Motorsport after that year away and while he has maintained that he never lost confidence in himself, he also concedes that he would probably have given up on his Supercars ambitions had 2019 also not gone well.

When asked by Speedcafe.com if this has been a crucial year in his career, the 21-year-old said, “Oh, definitely.

“For me, it was more sort of like a one more, no more (scenario).

“I felt like I was going to be in the best sort of position I could be in, and I didn’t think anything was going to hold me back, being here where I am this year.

“If I wasn’t going to be able to make it happen this year, then I think I was going to sort of be a normal person, and go and put in power points with my old man.”

Fullwood has been widely tipped to land at Walkinshaw Andretti United in next year’s Virgin Australia Supercars Championship, a stark contrast to his situation at the end of 2018.

“It’s obviously turned around, and all of a sudden in the space to 12 months, my future looks extremely different,” observed the Darwin native.

“It just goes to show how much of a team sport this really is and, no matter how good you are, you need everybody around you pulling their weight, that’s for sure.”

Fullwood went through three different engineers and as many cars in 2018 before he went back to MWM, which he had first linked with in the final Super2 round of 2015.

As he did after becoming a Super2 race winner at Adelaide in March, Fullwood paid tribute to MWM and Brendan McGinniskin, who engineered his Altima in 2019.

“The MW Motorsport crew have been absolutely fantastic and produced an extremely fast car everywhere we’ve been and it’s just been up to me to do the job, really,” declared Fullwood.

“I knew I was capable, it was more about just sort of aligning all the other stars and getting the right car and engineer and support and team around me, to try and get the job done.

“Going into this year, I knew exactly the car and the place and the engineer and the team I needed to be in, and it paid off at the first round, so really, really thankful for that.

“But it was really important for me this year to get results.

“I feel like we’ve been capable for the last couple of years but there’s been lots of different reasons and bits and pieces why it hasn’t all sort of come to fruition, so look, absolutely stoked that it’s all come together for us this year.”

Fullwood ended the season with a win and second placing in Newcastle, where he also wrapped up the second tier’s Armor All Pole Champion award with his third pole position of 2019, which came in the last five qualifying sessions of the season.