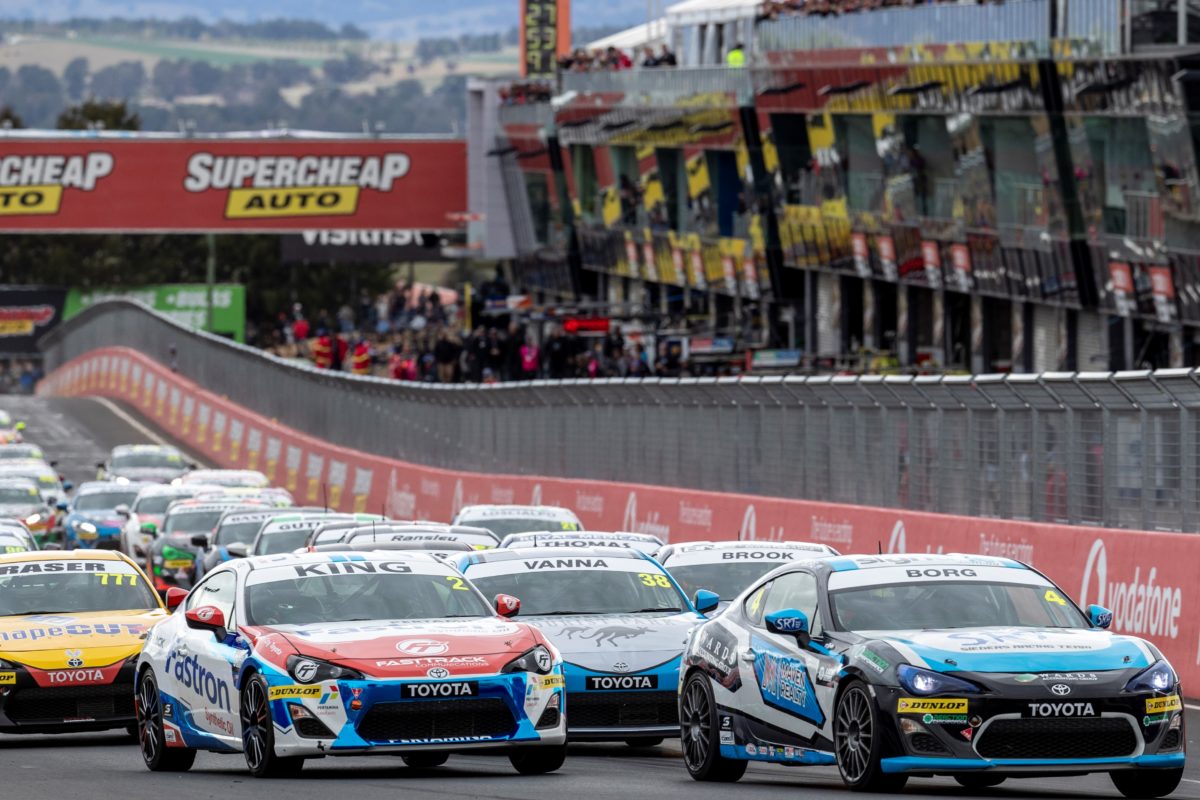 A five-round calendar has been revealed for next year’s Toyota 86 Racing Series.

As has been the case for the first four seasons, all rounds will be held in support of Virgin Australia Supercars Championship events.

The season starts in early June at the Truck Assist Winton Super400, then heads to the Watpac Townsville 400 later in the month.

The final three rounds will all be held in New South Wales, at the Sydney SuperNight, Supercheap Auto Bathurst 1000, and Coates Hire Newcastle 500.

Aaron Borg took out the 2019 series while Lachlan Gibbons will contest the 86 race at next month’s Toyota Gazoo Racing Festival at Fuji Speedway having won the Kaizen Award for “continuous improvement, both on and off the track.”

The Erebus Academy recently announced that it would enter next season in a partnership with Paul Morris Motorsport.