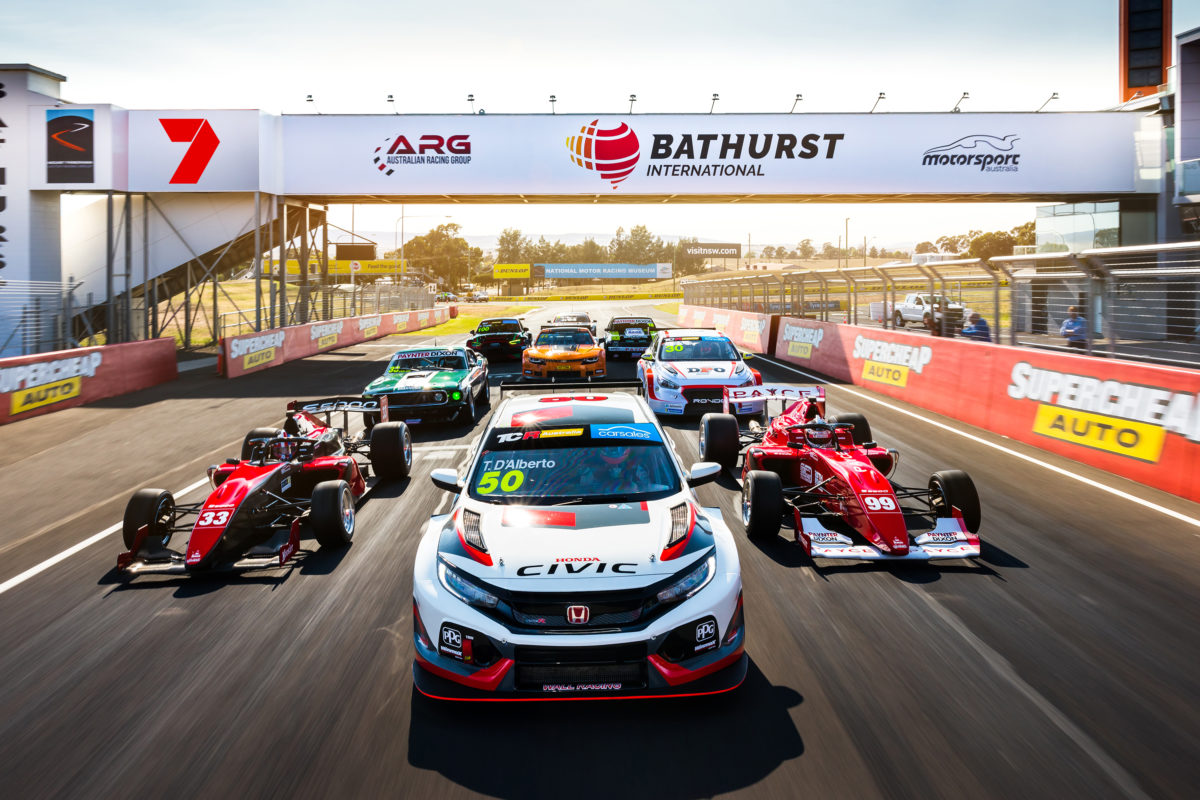 TCR Australia and S5000 will be broadcast live on the Seven Network as part of a new deal struck with series promoters the Australian Racing Group.

As revealed in September, the broadcaster had discussed a possible TV rights deal with ARG and its portfolio of motorsport categories, to replace the 2019 TCR and S5000 agreement it had with SBS.

It has now been confirmed Seven will host live and free coverage of ARG categories and key events, including TCR Australia, S5000 and other feature categories such as Touring Car Masters from the rebranded Shannons Motorsport Australia Championships.

A new multi-year deal will see a minimum of six hours of live coverage across the Saturday and Sunday of each event which will also be simulcast on Seven’s on demand service, 7plus.

The agreement will include coverage from the ARG owned Bathurst 6 Hour and the new-for-2020 Bathurst International, held late next year, which will feature a 500km TCR enduro, S5000, Touring Car Masters, TA2 and LMP3 prototypes.

ARG has connections to Seven with its non executive director James Warburton, the CEO of Seven West Media.

Seven has a rich history in broadcasting Australian motorsport having previously transmitted the Australian Touring Car Championship/Supercars and the Supercheap Auto Bathurst 1000.

“Motorsport has long been a passion of ours at Seven, and we’ve led the way with innovative coverage of iconic Australian motorsport for decades.

“This agreement marks the next step in our commitment to motorsport, and we look forward to working with Australian Racing Group to bring these events to Australians live and free from 2020.”

After a successful debut of TCR Australia and S5000, which were both broadcast live on SBS this year, ARG director Matt Braid is looking forward to its new partnership with Seven.

“The maiden season of TCR Australia has been hugely successful with fantastic feedback from drivers, teams, commercial partners and, most importantly, from fans,” said Braid.

“ARG is extremely pleased to announce our new broadcast partnership with the Seven Network and look forward to continuing to develop the TCR Australia Series, and the new S5000 Championship with the support of Australia’s leading Television network.”

The first round of TCR Australia and the Shannons Motorsport Australia Championships broadcast on Seven will be at Sydney Motorsport Park on March 27-29 next year.