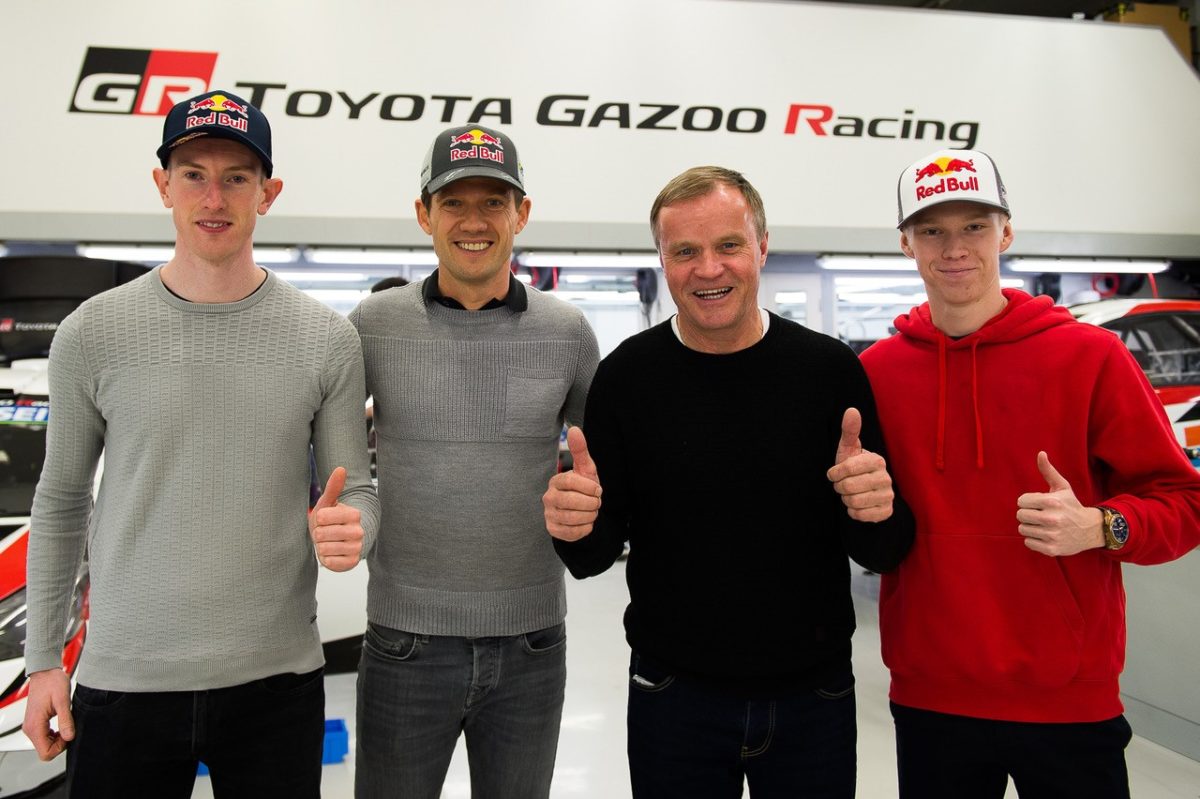 Toyota has named Sebastien Ogier, Elfyn Evans, and Kalle Rovanpera is its drivers for next year’s FIA World Rally Championship.

Ogier has inked a one-year deal with Toyota, expected to be his last in WRC, while Evans and Rovanpera arrive on two-year contracts.

Their signings come after this year’s champion, Ott Tanak, left Toyota for Hyundai, while his 2019 team-mates Jari-Matt Latvala and Kris Meeke are out of drives at least for the time being.

Ogier comes across from Citroen, which claimed the six-time world champion’s departure from the team was the reason for its own from WRC altogether.

“It’s another new challenge for me and I’m looking forward to it.

“We already discussed it at the end of 2016, and although we didn’t manage to make it happen at that time, I’m now overwhelmed to start working with such an iconic brand as Toyota as well as my childhood idol (team principal) Tommi Mäkinen.”

Elfyn Evans is a one-time rally winner with Ford team M-Sport, while Rovanpera took out this year’s WRC2 Pro championship with Skoda.

“I’m really pleased with the driver line-up we have been able to put together for next season,” said Mäkinen.

“I believe it provides us with a great balance in our team as we target more championship trophies next year and in the future.

“We know how strong Sébastien is and we’re all looking forward to working with him and Julien (Ingrassia, co-driver). I think that being able to attract a driver with his record says a lot about what we have achieved in such a short space of time with this team.

“Elfyn is a driver I have been watching for some time. We’ve seen that he can have the speed to win on almost any surface, but he can also be very clever when needed and score good points.

“I’ve known Kalle since he was very young and it’s always been clear that he has something special. He still has lots to learn, but I believe that he is ready for this step now.

“I want to say thank you to Ott and Martin (Jarveoja, co-driver) , Jari-Matti and Miikka (Anttila, co-driver), and Kris and Seb(astian Marshall, co-driver) for all they have done for our team. I wish them all the best for the future.”