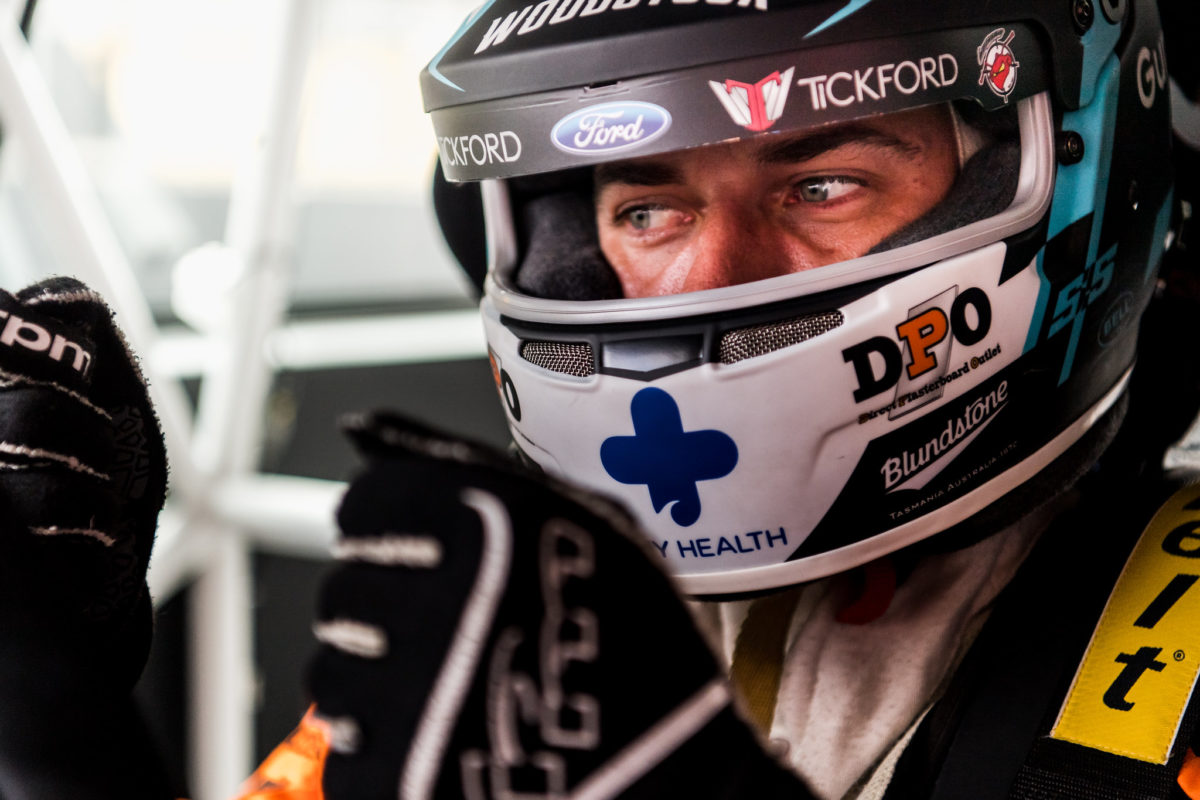 Chaz Mostert says he would love to do some racing in TCR and is hopeful his move to Walkinshaw Andretti United will allow him to continue expanding his racing horizons.

Mostert had hoped to compete in the inaugural TCR Australia Series this year having tested with Hyundai squad HMO Customer Racing at the category’s Sydney Motorsport Park launch in November last year.

The 2014 Supercheap Auto Bathurst 1000 winner was tipped to join the team for events this year but was blocked from competing by then employers Tickford Racing.

The 27-year-old has been keen to embrace other motorsport disciplines, dovetailing his Supercars commitments with factory drivers for BMW in GT racing over the last two seasons.

This has seen him race for the German marque all over the world including the Bathurst 12 Hour, Daytona 24 Hours and Laguna Seca 8 Hours this year.

Mostert hopes to continue his extra curricular racing activities at WAU with TCR high on his list for next year.

“I haven’t spoken too much about it (with WAU), but for sure I’d love to keep widening my experience level in different categories around the world,” Mostert told Speedcafe.com.

“I think at this stage, obviously (I’ve) still got some BMW stuff that I’m doing with those guys, which is really exciting and I enjoy doing that.

“I’m always up to do more, but my main focus at the moment is just focused around Supercars and keep trying to achieve those dreams that I have.”

Mostert admits to have watched the TCR Australia series closely this year and has spoken to his new employers about racing in the category.

The class is likely to attract more drivers next year now it will race at the Formula 1 Australian Grand Prix, while Australian teams are set to feature at the new Bathurst International’s 500km TCR enduro held late next year.

“I think it’s (TCR) a fantastic category,” he added.

“I’ve spent the whole year watching it from the outside and there are a lot of good drivers involved.

“I think the racing makes sense and it’s definitely something I’d love to get involved in.

“I’ve raced a front wheel drive car before with (Nathan) Morcom in a Ford Focus (at the Bathurst 6 Hour) and it really challenges you a different way to strike the speed out of the car like that.

“That’s the most attractive thing for me is driving something completely different to what I am (currently).

“I think it’s a pretty cool series so I’d love to try and do some racing there as well.

“I’ve spoke about it a bit and stuff like that (with WAU), so I think there’s definitely opportunities to go and do that stuff.”

Should Mostert push forward with any TCR plans, HMO Customer Racing is thought to be the most likely to sign the driver up.

The team is run by Barry Morcom, who Mostert raced for at the Bathurst 6 Hour (2017-2018) when he shared a Ford Focus with Barry’s son Nathan, who has piloted one of two Hyundai i30Ns in TCR Australia this year.