Mostert ‘cherished’ every year at Tickford 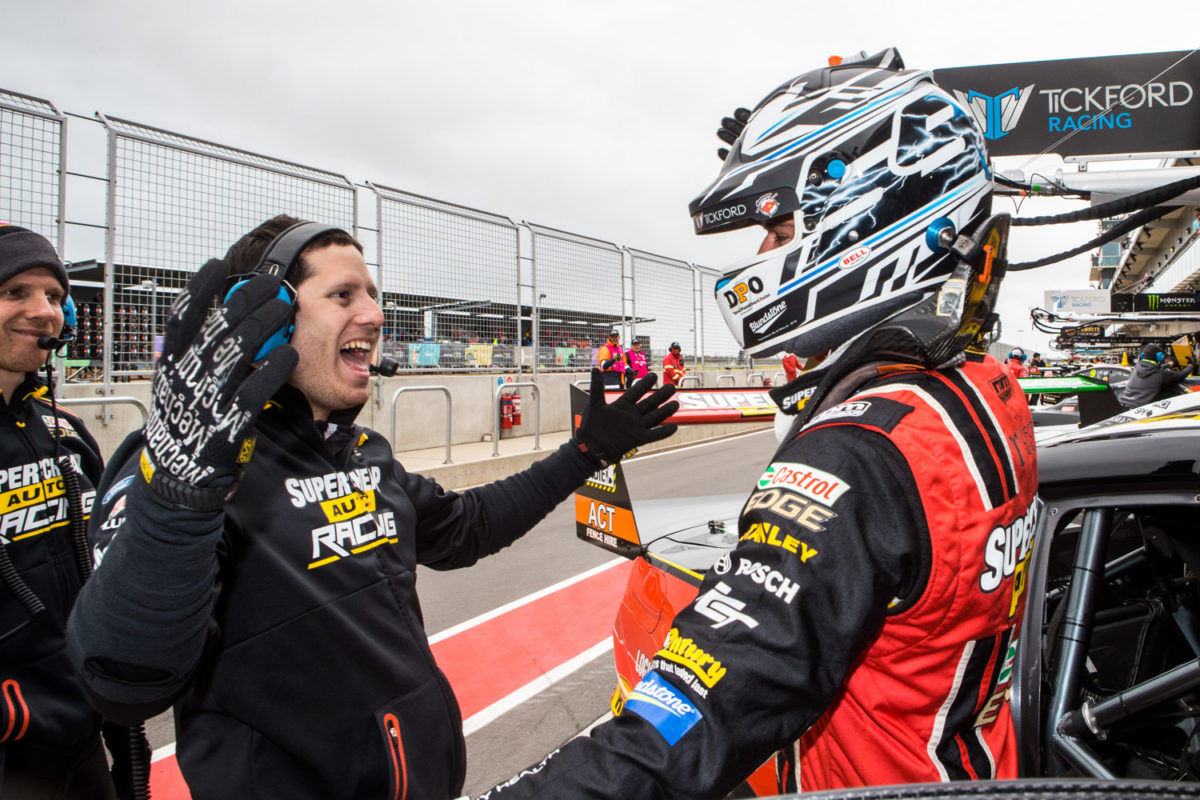 Chaz Mostert has paid tribute to Tickford Racing after calling time on a tenure of more than eight years in favour of a move to Walkinshaw Andretti United.

The switch marks a major moment in the 27-year-old’s career having been associated with the Ford operation since 2011 when he joined the Super2 arm of the team.

After two seasons of Super2, Mostert made his Supercars Championship debut in 2013 having been loaned out by the team to the then struggling Dick Johnson Racing, scoring a maiden win at Queensland Raceway.

Promoted to Tickford’s (then known as Ford Performance Racing) line-up from 2014, Mostert became a leading light in the team, going on to win that year’s Supercheap Auto Bathurst 1000 alongside Paul Morris.

The Queenslander pushed team-mate Mark Winterbottom hard for the title in 2015 before a horror qualifying crash at Bathurst ruled him out of the remainder of the campaign through injury.

After a winless 2016, he has since claimed five wins over the last three seasons, his last at this year’s Melbourne 400 at Albert Park, bringing his career tally to 13 before departing for WAU.

While excited by a new challenge driving a Holden at WAU, Mostert admits it was a tough decision to leave Tickford having cherished his time at the team.

Mostert addressed his departure and thanked fans and long-time sponsor Supercheap Auto in a video posted on Facebook.

“It’s finally out, what I’m doing in 2020, and as I’m so excited to be joining Walkinshaw Andretti United, it is also a little bit sad to know what I’m leaving in 2019,” said Mostert.

“I just want to take a few moments to thank a few people.

“First of all I’d like to thank Supercheap Auto; you have been awesome to represent over the years. I’ll greatly miss the association with guys.

“Second of all, the fans. I have had a some awesome fans over the years racing with Tickford Racing.

“I know that the Mozzie fans, I might lose a few as there is a much bigger brand in the Ford oval camp that you guys support, but I want to say a big thank you to you guys for supporting me over the years.

“Its been an up and down rollercoaster but for me the fans make our sport and we truly some of the best fans around the world. Thank you so much.

“I’m looking forward to seeing you at the track even though you might not be going for me anymore. I just seriously want to say thanks you for your support.

“Last but not least, all the employees at Tickford Racing. It has been amazing few years ever since I first picked up a broom and worked on the workshop floor.

“Your passion and skill levels are second to no other team. Even though I didn’t quite get to win the championship with you guys, I cherished every year. The toughest part of this decision was leaving you guys.

Mostert is however set to continue an alliance one member of the Tickford crew with engineer Adam De Borre set to join him at WAU next year.