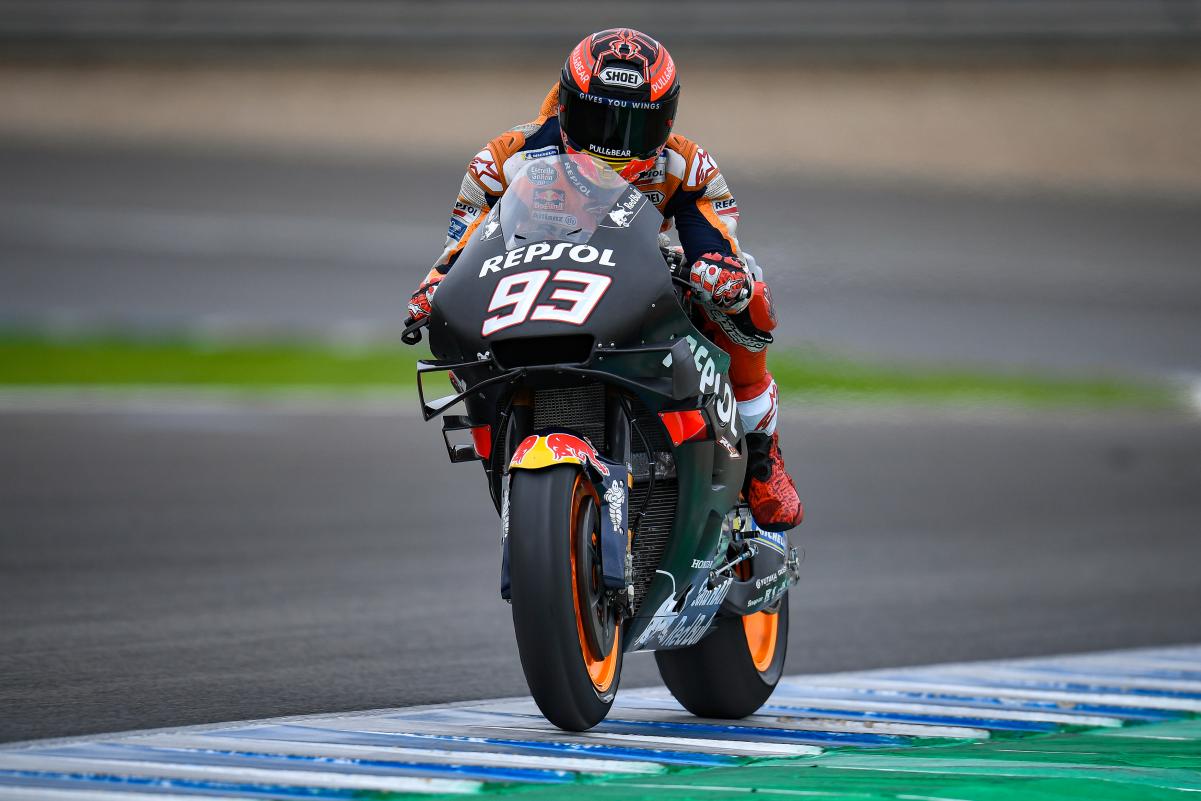 Marc Marquez will soon have surgery on his right shoulder due to an injury incurred during the Malaysian Grand Prix weekend and aggravated in testing this week.

The 2019 world champion had a nasty crash in qualifying at Sepang in which he partially dislocated the shoulder, and did so again in a fall at Jerez on Day 1 of the final post-season test.

Marquez had to undergo a similar procedure on the opposite shoulder in last off-season, although the impending surgery is more precautionary in nature.

“This winter I would have liked to have a nice holiday and enjoy a bit of quiet time after a great 2019 – but it is time to have surgery on the right shoulder,” said the Repsol Honda rider.

“As everyone knows, last winter was very tough for me with the operation on the left shoulder, which was very, very damaged.

“I want to avoid the situation where my right shoulder is in this condition in the future so I spoke a lot with the doctors to see what our options were.

“Before Motegi I had some issues with the shoulder and then after the crash in Malaysia I had a subluxation (partial dislocation).

“Here at the test I had another subluxation after the crash, so we decided with the doctors that it was best to have the surgery to avoid the situation we had with the other shoulder.

“It will take more or less the same time and we will work in the same way to arrive at the Malaysia test as strong as possible.”

Marquez was fastest on a rain-affected final day of testing in Jerez.

The operation will take place in Barcelona on Wednesday, November 27 (local time).