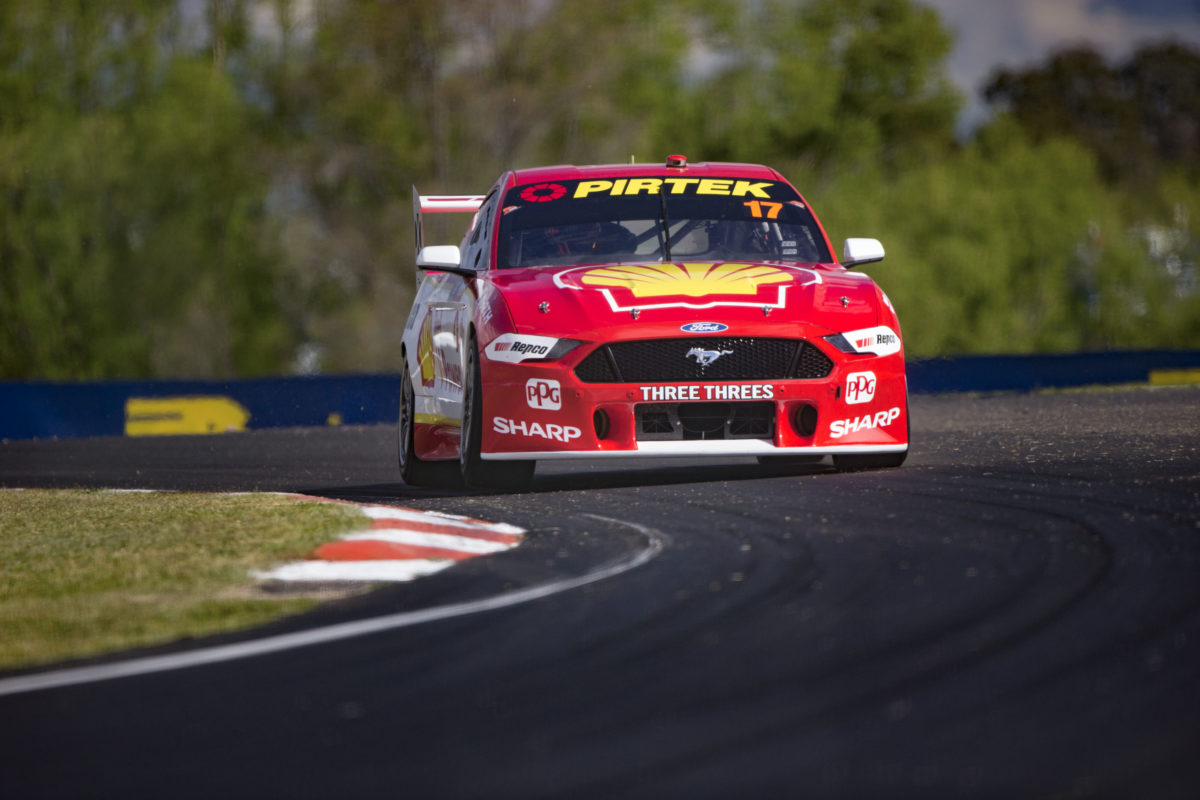 Ryan Story has confirmed that Shell V-Power Racing Team has taken steps to prevent a repeat of the problems which befell its controversial engine at Bathurst.

Scott McLaughlin was officially disqualified from Armor All Qualifying and the Top 10 Shootout but he and Alexandre Premat kept their race win in the Supercheap Auto Bathurst 1000 after it was found that the engine which powered Car #17 up to and including the Shootout was in breach of technical regulations regarding valve lift.

That engine was in fact changed on the Saturday night of the event, with the necessary approval from Supercars’ Head of Motorsport, due to abnormally high water pressure.

Speaking on Fox Sports’ Loud Pedal podcast, Story stated that, “In our mind, and in Supercars’ minds, that engine was probably not going to be able to finish the race if it stayed in the car.”

DJR Team Penske, which is in fact supplied engines by MosTech, has now made changes in an attempt to reduce the chance of such problems, including more comprehensive documentation.

“It’s all about checks and balances, and you have to always continue to look at ways to improve your process,” Story, DJRTP’s managing director, said on the podcast.

“There’s a lot to be learned from that and there were procedures that we put in place after that, when we’ve gone back and looked at engines throughout the course of the year where we’ve seen other issues with coolant pressure and what the cause of that was, so there were some steps made in the lead-up to Newcastle that would ensure we would not see that issue rear its head again.

“And then also ensuring that we’ve got a more comprehensive build sheet from the engine perspective, that I sign off on it before the engines are installed in the cars.

“We do that (already), but it’s always been with a summarised version rather than the full, comprehensive version, so it’s really all about checks and balances and making sure that we go above and beyond to ensure that we basically get these things right.”

The sequence of events, during which the defective engine was not scrutineered prior to the race itself, led to the anomaly whereby Car #17 won the race from pole position despite not actually being entitled to start from such a position.

Story, who is a member of the Supercars Commission which is charged with developing the championship’s regulations, said on the question of what the Commission could do to address such an issue, “we haven’t got to that point yet”.

He did concede, however, that the situation was “regrettable” and advised that checking valve lift takes “five, 10 minutes”.

“There’s two points I want to make, and these are two points that we made to the stewards as well,” recounted Story.

“To replace an engine, you have to get permission to replace an engine and there has to be a verifiable issue with it, so we were able to demonstrate that the thing was rooted, and replaced accordingly, and it was in Supercars’ custody from that point on.

“It’s regrettable that it wasn’t checked basically before the race started.”

On the suggestion that such a check could be conducted at race tracks in the future, Story commented, “It’s possible to do but it’s not the sort of thing that you would see anyone go over, normally, because it’s a fairly straightforward affair.”

McLaughlin went on to win a second straight Virgin Australia Supercars Championship by 562 points, having unofficially sealed the title with an event to spare.