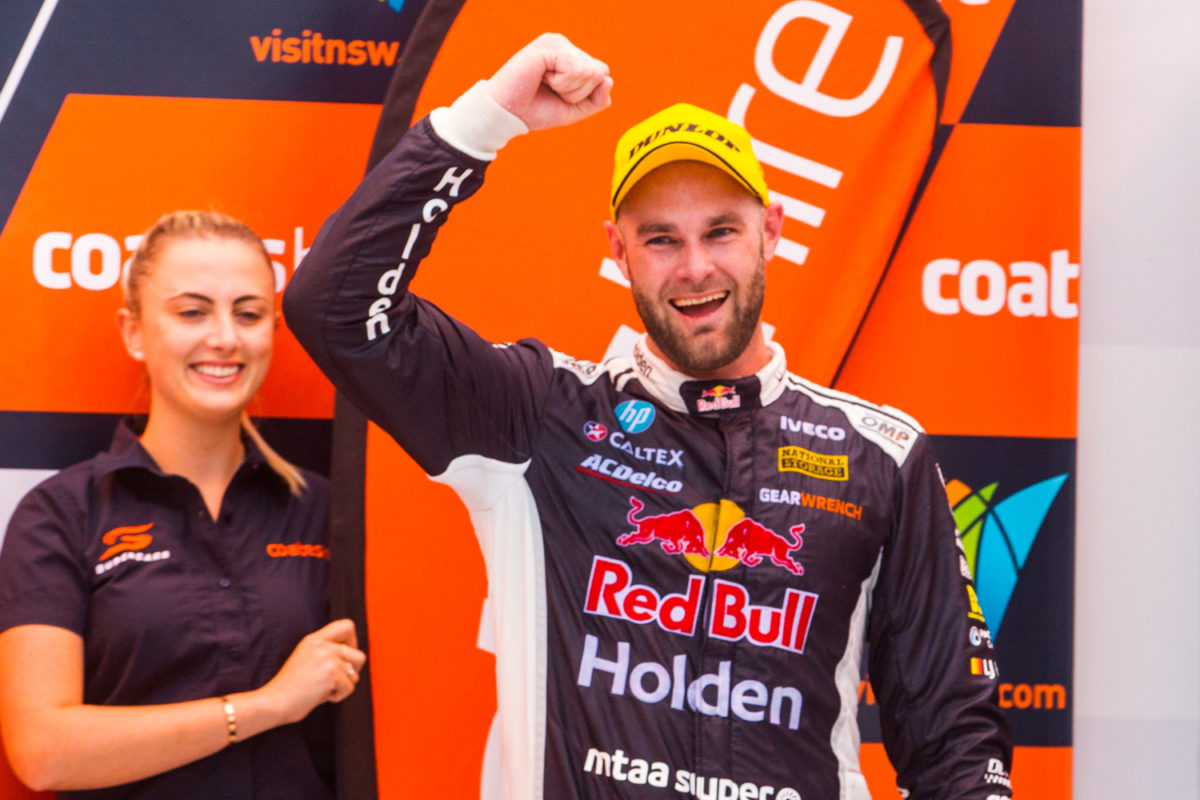 Shane van Gisbergen has won the Barry Sheene Medal for Supercars’ best and fairest for the first time.

The Red Bull Holden Racing Team driver was presented with the honour at tonight’s Gala Awards in Sydney after ending the 2019 Virgin Australia Supercars Championship in second in the standings.

Van Gisbergen achieved five race wins among 12 podiums over the course of the season and four pole positions.

His most notable act of sportsmanship this year was stopping to assist key on-track rival Scott McLaughlin when the eventual champion crashed heavily at October’s Vodafone Gold Coast 600 meeting.

Hours later, the New Zealander asked those involved in Supercars to not give up on Richie Stanaway, who had been sidelined from that day’s track activity by Garry Rogers Motorsport for disciplinary reasons.

A jocular van Gisbergen began his acceptance speech by saying, “We had this conversation last night and the discussion was, my chances of winning this is how I feel right now; written off.

“But thanks to Roland (Dane, team owner) for adjusting the parity so I had a chance.”

When asked to reflect on how his response to McLaughlin’s Gold Coast incident demonstrated the camaraderie within the paddock, he responded, “Oh yeah, you’d do that for anyone.

“There’s been a lot of bitching this year and all that stuff but we’re all friends at the end of the day and all having fun.”

Van Gisbergen then expanded on how he sometimes struggles to deal with the spotlight thrust upon him, and how those around him have helped him deal with the attention.

“For me, I do struggle with the media stuff and all that, but I think with myself, with the team and friends I’ve made in this paddock, that helps me show myself (and) how I really am,” he continued.

“I’ve had a lot of fun, always have fun, but sometimes struggle to show that, and thanks to Red Bull Holden Racing Team and all the people here, (I) can show who I am.

“(I’ve) had a lot of fun, the last few years, certainly enjoyed my racing as much as anything, and looking forward to next year and everyone starting (from) scratch, starting from zero, and we’ll go back to what we all grew up with Supercars and how we learned to love the sport. I hope that’s what it’s like this year.”

The 30-year-old also thanked those who had helped him develop from the very early stages of his career, acknowledging, “Just everyone: my family for my grounding, and all the people, (when I was) coming up through; the Stone Brothers for giving me my first shot, and also Tekno and now with Red Bull.

“It is hard to understand sometimes but you’ve got to keep grounding where you came from and I love my career, I love what I do for a job, and this is awesome, this is our sport.

“As I said, we’ve been through some tough times this year, the sport as a whole, and hopefully just start from zero next year and we’ll all have some fun; it’ll be good.”

Van Gisbergen is the eighth driver to win the Barry Sheene Medal, which is voted on by leading motorsport journalists.

McLaughlin was voted the Drivers’ Driver, and MW Motorsport’s Tyler Everingham was bestowed the Mike Kable Young Gun Award after his race-winning rookie season in the Dunlop Super2 Series.

Fans voted the Gold Coast 600, which attracted a record crowd this year, the Best Event, as well as McLaughlin as their Favourite Driver and Penrite Racing the Best Presented Team, as previously reported.