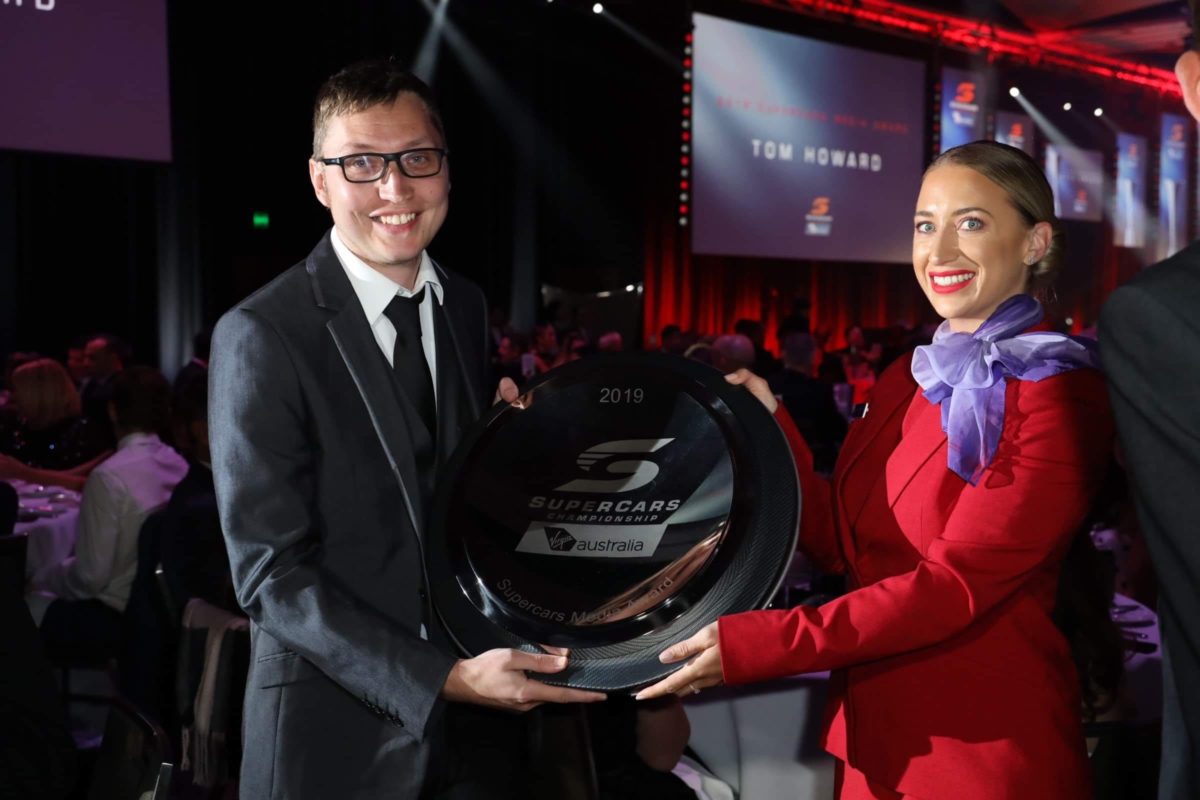 Tom Howard has won the Supercars Media Award for 2019

Speedcafe.com editor Tom Howard has been announced as this year’s Supercars Media Award winner at the championship’s end-of-season gala.

The latest accolade comes after Howard also took out the Journalist of the Year and Breaking News Story of the Year honours at the media industry’s own Supercars Media Awards, which were presented at the weekend’s Newcastle 500.

Howard joined Speedcafe.com in 2013 and was promoted to editor and lead Supercars reporter at the start of the 2017 season.

Under his watch, Speedcafe.com has continued to achieve strong pageview growth with year-to-date figures currently up more than a staggering 30 percent.

It is the first time that Speedcafe.com has won the Supercars Media Award.

“I just want to say thanks to Speedcafe.com for taking on a British journalist new to the Australian Motorsport scene seven years ago.

“It’s been a huge year for the website with 32 percent growth in the website’s 10th year, which should be commended.

“This award is a testament to the current Speedcafe.com team and to those who have also put in the hard work beforehand.”

Speedcafe.com founder Brett ‘Crusher’ Murray said the award is a testament to Howard, as well as the wider team.

“This is the first time in the 10 years of Speedcafe.com that any representative has won this award and we congratulate Tom,” said Murray.

“As an organisation everyone is passionate about this sport and everyone gives 110 percent.

“They are supported by our cadets Luke McCullough and Slade Perrins, BAM client manager Rachel Cherry, and our regular photographer Dirk Klynsmith.

“It has been an incredible year for Speedcafe.com with our numbers up 32 percent year to date and those numbers really say something about our consistency and quality.

“The recent addition of Torquecafe.com to our stable has also attracted enormous interest and has dovetailed nicely into the Speedcafe.com product.

“We will have some changes next year and the team is already working on bigger and better things.”