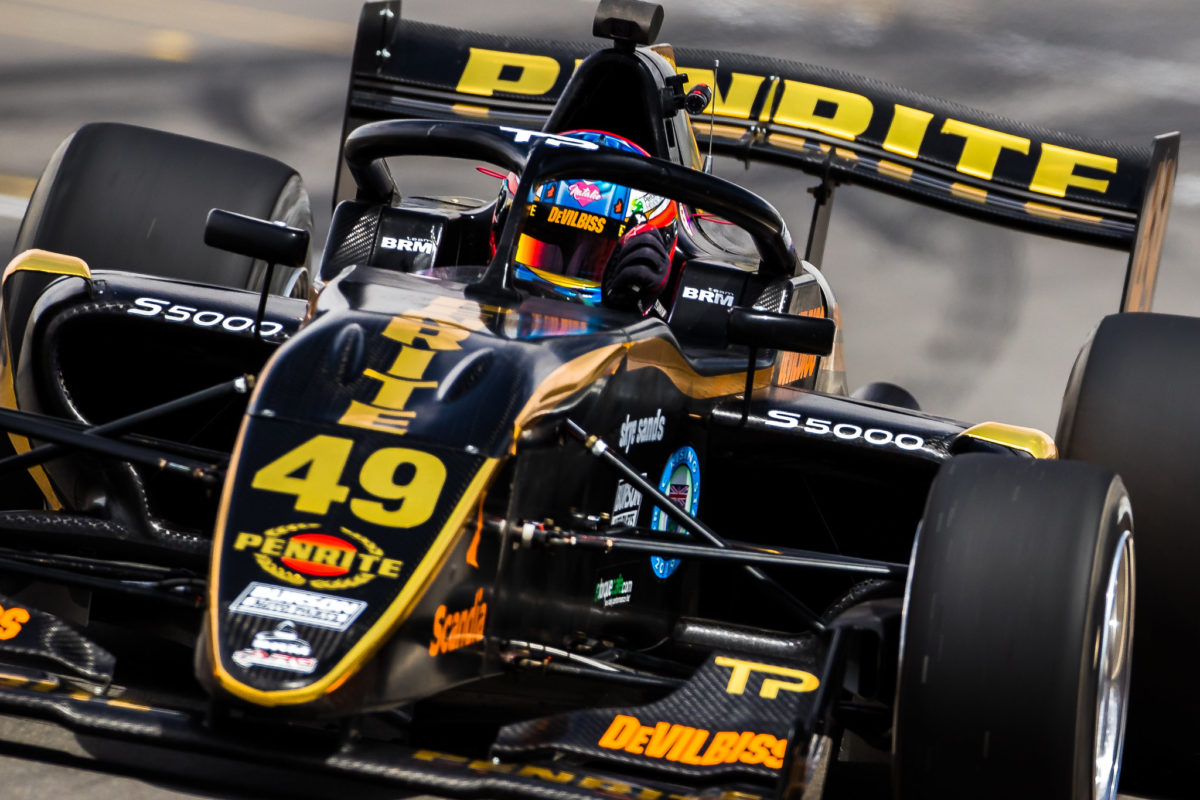 Thomas Randle had admitted that he doesn’t know where his career is heading as opportunities for a main game Supercars berth next year disappear.

Having campaigned for Tickford Racing in Super2, Randle partnered Lee Holdsworth in the Pirtek Enduro Cup, banking a podium result at Sandown.

However, with Tickford’s cars all believed to be filled for the coming season, there is no opportunity within the squad to step up.

Tickford Racing has confirmed it will field Lee Holdsworth and Cam Waters next year, while Jack Le Brocq is poised to step into the Supercheap Auto entry currently occupied by WAU-bound Chaz Mostert.

Meanwhile, Will Davison will continue to pilot the 23Red Racing entry run by Tickford.

“I don’t really know at the moment where my career is heading,” Randle admitted to Speedcafe.com.

“The goal for me is to be in the main game next year, but seats are rapidly getting snatched up.

“I hope the performance at Sandown helped, that was great to get on the podium for the first time. But as a racing driver, you really just want to try and get your bum in a seat at anything.”

With no options apparent at Tickford, Randle has admitted he’s open to opportunities away from the team with which he’s been with for the last two seasons.

Randle has a close relationship with Rusty French, his Super2 car emblazoned with French’s Skye Sands branding, which also followed him onto the S5000 car he campaigned at The Bend earlier this month.

“At the moment in my career, yeah, I’m looking at other options as well,” he admitted.

“I’m not fully aligned with Tickford, but I think the option to remain there next year is there.

“But yeah, in terms of main game drive, just trying to work through that stuff now. Whether that’s a possibility with Tickford… Like I said, seats are running out quickly.

“If I don’t get a main game seat next year, which I mean, I’d be disappointed, but it’s just the way it goes sometimes,” he added.

“I’d definitely want to continue the co-drive enduro role next year, and whether we did Super2 again or just focused on an S5000 program along with the enduros, I’m not sure yet

Randle starred at the wheel of an S5000 open wheeler at The Bend, taking pole position and winning the opening Qualifying Heat of the weekend.

He then climbed back to second after being pushed wide at the Hairpin on the opening lap by Anton De Pasquale.

The open wheel series, for Randle, offers a viable alternative to running another season in Super2, although the young gun believes he’s ready to make the step up to a full-time Supercars drive in 2020.

“I mean, to be on the grid at the Grand Prix (where S5000 will hold its opening round) would be fantastic.

“I think I’m probably as ready as I’ll ever be, but I’m not ready to win races,” he continued.

“I wouldn’t say I’m ready for race wins or podiums just yet, but I mean, how many rookies are?

“But the amount of experience, and the learning curve, after two years of Super2, going into the main game.

“I mean, you’ve seen with Anton (De Pasquale) how far he’s progressed now, and he only did two years of Super2

“The ultimate goal, if a Supercars drive doesn’t happen, would be to try and do some wildcards, the co-driver role, and S5000 stuff, because really, apart from a bit of aero, it’s not too dissimilar.

“The lap times are six or seven seconds quicker, but power to weight ratio is a big thing.

“It’s that old saying of keeping the mileage up. I mean, if you’re a soccer player, you’re out on the field every day, whereas we can’t get that opportunity in Supercars, you’re only allowed to do one or two test days a year, or three if you’re lucky.

Next Story POLL: Does Supercars need to take tighter control of social media?